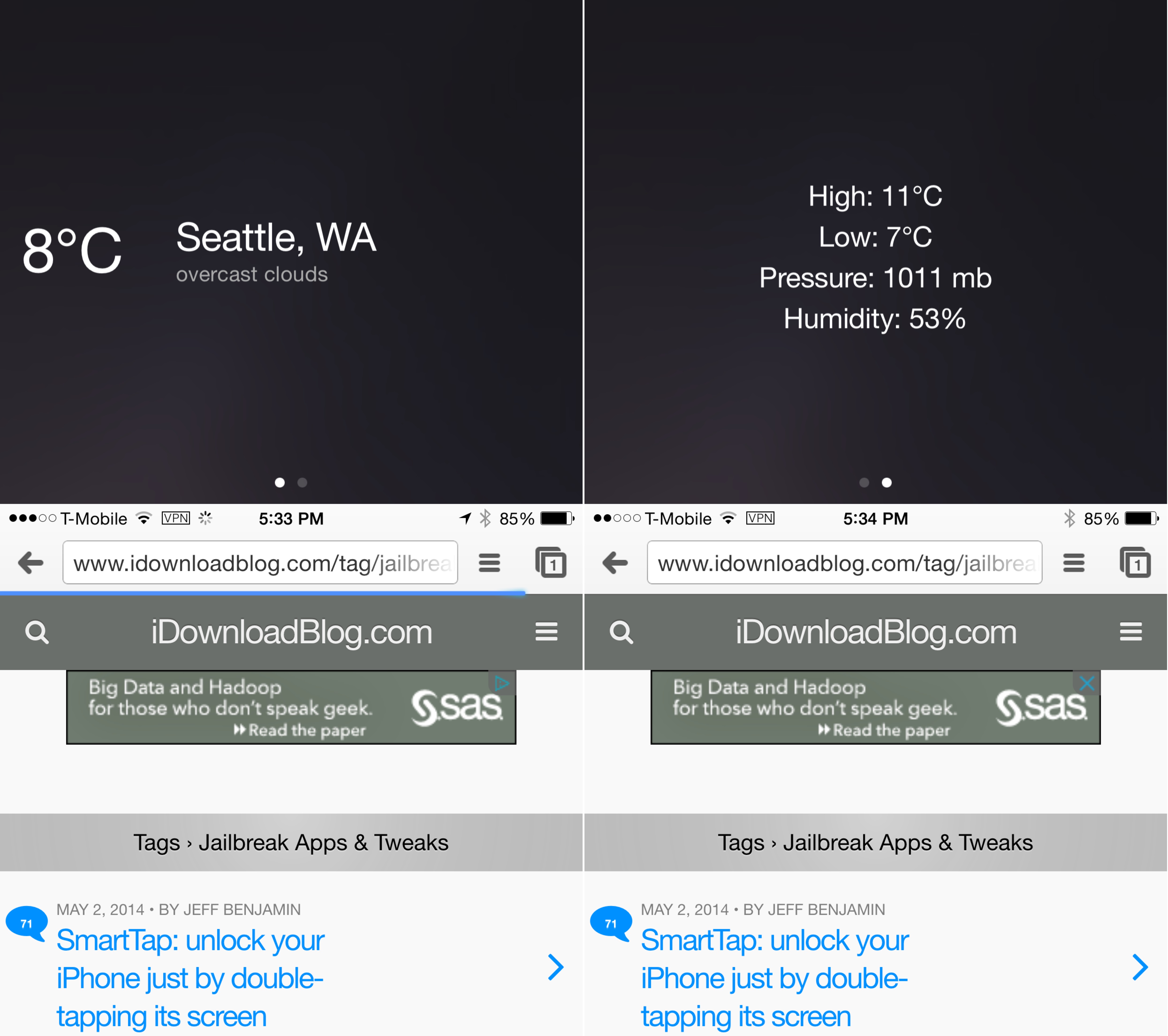 Do you ever wish that you could use the blank space that appears when invoking Reachability on the iPhone 6 or iPhone 6 Plus? The developer of ReachWeather apparently did, and so he did something about it. ReachWeather is a new jailbreak tweak that uses the available Reachability real estate to place something useful there—current weather conditions for a predetermined location.

After you install ReachWeather, you’ll need to configure the tweak via the stock Settings. In ReachWeather’s preferences, you’ll find several sections, starting with a kill-switch. Beneath the kill-switch, you’ll find a switch to enable Celsius temperature readout, a detailed view, and a spot for a designated City. Unfortunately, ReachWeather can’t just read the current location, so you’ll have to manually define the city in the tweak’s preferences. 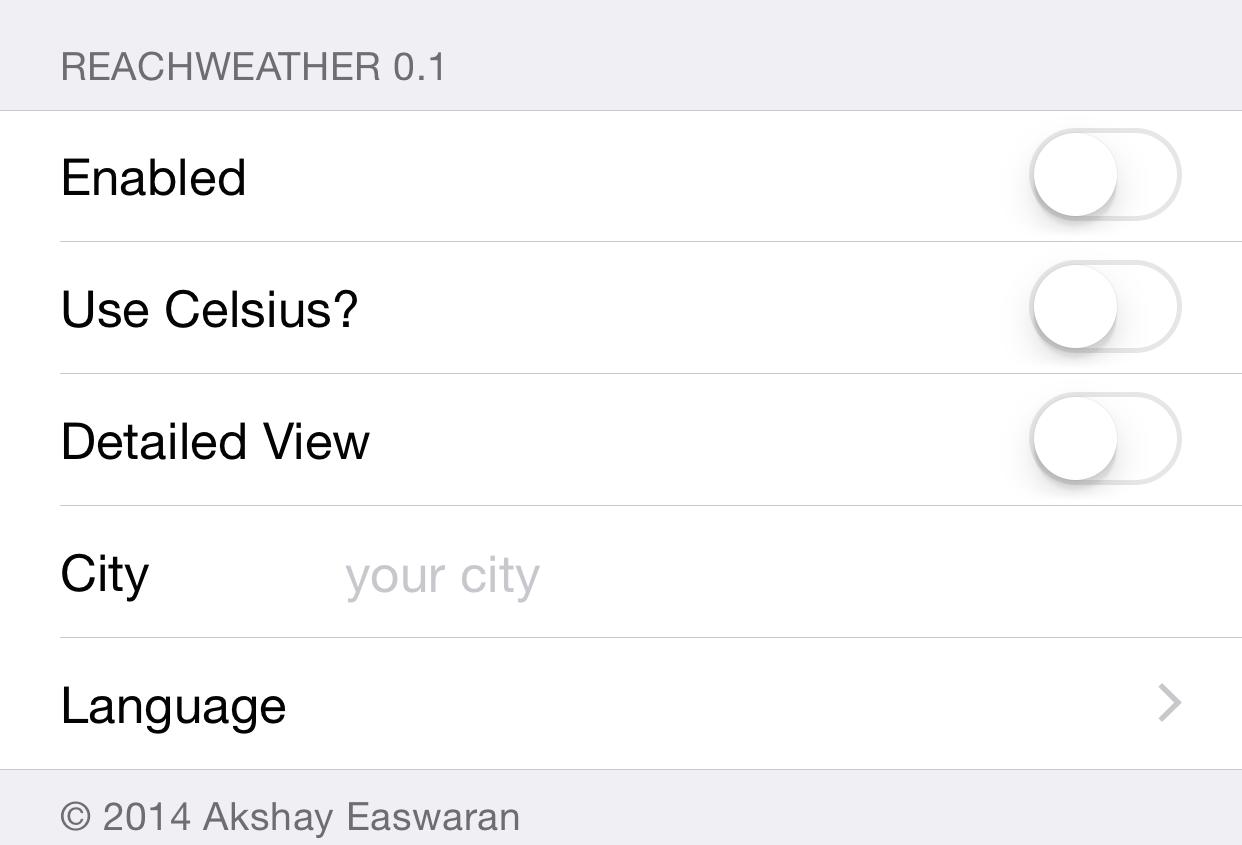 Once you have established all of the necessary settings, it’s time to invoke Reachability. To do so, simply perform a double-tap on the Touch ID sensor on your iPhone 6 or iPhone 6 Plus. But before you do that, you’ll need to make sure that you’re within an app, as ReachWeather isn’t accessible via the iPhone’s Home screen.

Once ReachWeather is displayed, you’ll notice a basic temperature reading. If you have the detailed view option enabled in the tweak’s preferences, you’ll be able to page over to yield more detailed weather information about your selected location.

ReachWeather is a good idea, but as I stated earlier, it would be nice if it could auto-detect your location. It would also be cool if there were additional customization options for the interface, like color scheme, layout, etc. Lastly, I’d like to see support for Activator, although I realize that’s going a bit beyond the scope of the tweak.

What do you think about ReachWeather? I like it because it does something with the “lost” real estate present when invoking Reachability. You can find it free of charge on Cydia’s BigBoss repo. Sound off down below with your comments and thoughts.