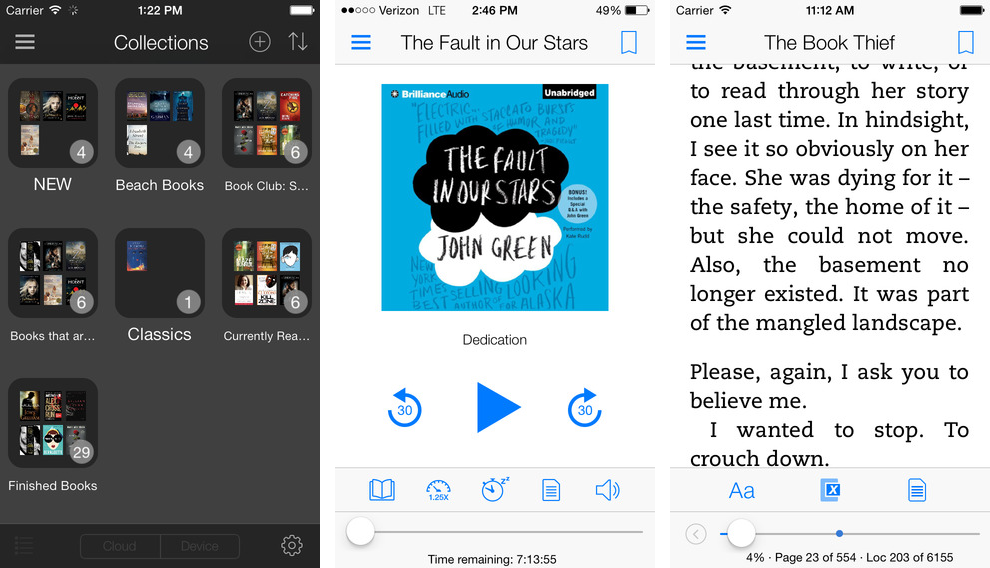 Just in time for the holidays, Amazon on Monday issued a massive update to its Kindle mobile client for the iOS platform, bringing out integration with the Goodreads recommendation engine, an all new Book Browser allowing iPad users to retrieve additional information about the books with personalized book sample suggestions to download and read.

Other highlights of this update include the ability to start playing Audible audiobooks as they’re downloading with progressive playback, book details in the Library, the Next In Series information and so forth.

The iPad-only Book Browser pops up after tapping on a book cover with a detailed overview of the book, including the book description and customer reviews.

“Kindle Unlimited members can download and read immediately,” the online retail giant underscored. Kindle Unlimited is $10 per month value. Next, if you’re reading a book in a series like A Game of Thrones and would like to learn about the next book, the new Next In Series feature should prove indispensable (add it to your wish list from the “Before You Go” screen).

To view book details in the main Library view such as a synopsis, Amazon reviews and more, long-tap the cover and choose selecting “Book Details.”

As for the Audible progressive play feature, Amazon cautions that audiobooks can be played once you’ve downloaded past your current reading location.

To get these Goodreads-powered recommendations, just select your favorite genres, rate books and identifying those you’d like to read. Goodreads integration must be enabled under the Settings/Social Networking section of in-app settings.

Once Goodreads has been connected, the new “g” button will appear in the reader controls allowing you to share quotes by selecting text or share that they’ve finished a book from the “Before You Go” screen. As a cherry on top, students on the go can now access eTextbooks on their iPhones.

Amazon’s best-selling books of 2014 are as follows:

Check out Amazon’s website for more 2014 charts and fun facts.

Folks in the market for a Kindle may be interested to know that Amazon is taking $125 off the 2013 edition of the 8.9-inch Kindle Fire HDX e-reader, today only. Moreover, the Kindle and Kindle Paperwhite are now $20 off, limited-time only. 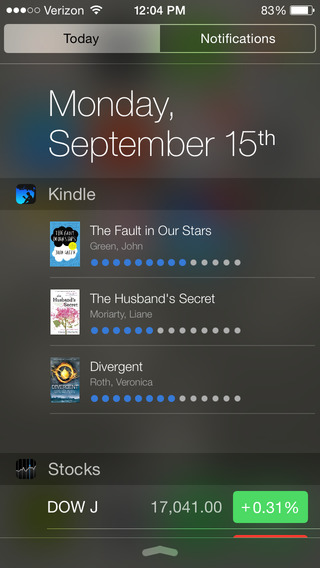 It’s worth mentioning that the Kindle app has had a Today widget for the Notification Center on iOS 8, a Smart Lookup Translation Card feature, native display support for the iPhone 6 and iPhone 6 Plus and the ability to copy and paste from books to the clipboard.