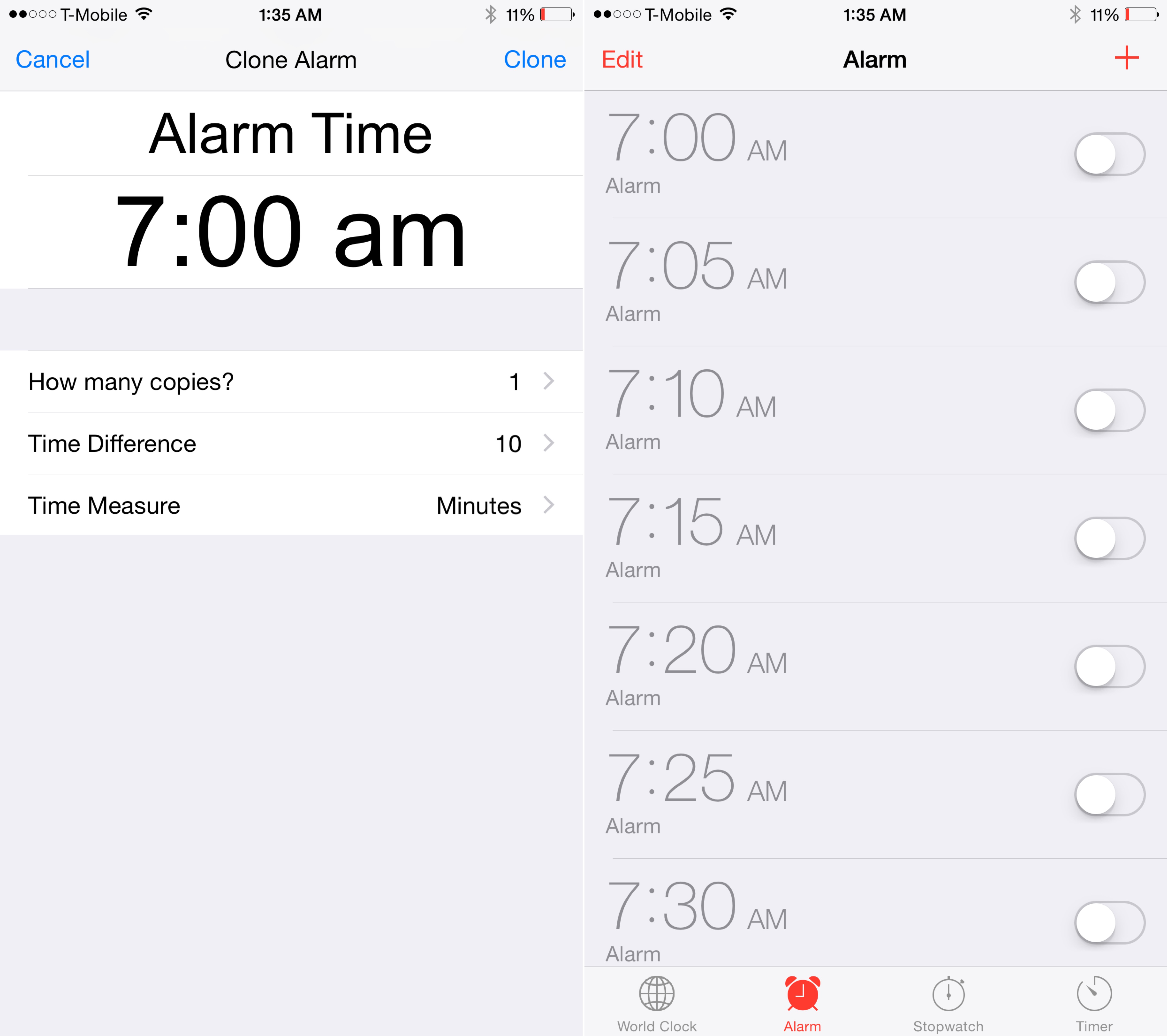 I thought I was the only weirdo who sets seven or eight different alarms staggered out by a few minutes. I do this because I have a fear of waking up late and missing important appointments. With Clone Alarm, a recently released jailbreak tweak, setting multiple alarms just got a whole lot easier.

Clone Alarm isn’t a standalone app. Instead, it’s a tweak that integrates directly with the stock Clock app’s alarm clock tab. Simply tap and hold on any existing alarm to bring up the Clone Alarm interface.

From the tweak’s interface, you can select the amount of additional alarm clock copies you wish to create, the time difference between each new alarm in relation to the original alarm time, and the time measure, either minutes or hours. The hours option doesn’t work that well, as seen in the video above, and ultimately doesn’t make a lot of sense for this concept. It could have easily been omitted to simply Clone Alarm’s interface. Once you’ve settled on your settings, simply tap the Clone button in the upper right-hand corner and you’ll immediately see all of the cloned alarm clocks appear.

There is a preference panel in the stock Settings app for Clone alarm, but all it is is a kill-switch to disable the tweak. With the tweak disabled, any existing cloned alarms remain, but tapping and holding on an alarm to invoke the Clone Alarm interface yields nothing.

Clone Alarm is a smart jailbreak tweak that’s well thought out and executed. It takes a real world problem, and provides and easy to use and convenient solution. If you’d like to try it, you’ll need to pay $0.99 (BigBoss) for the privilege.

What do you think about Clone Alarm?