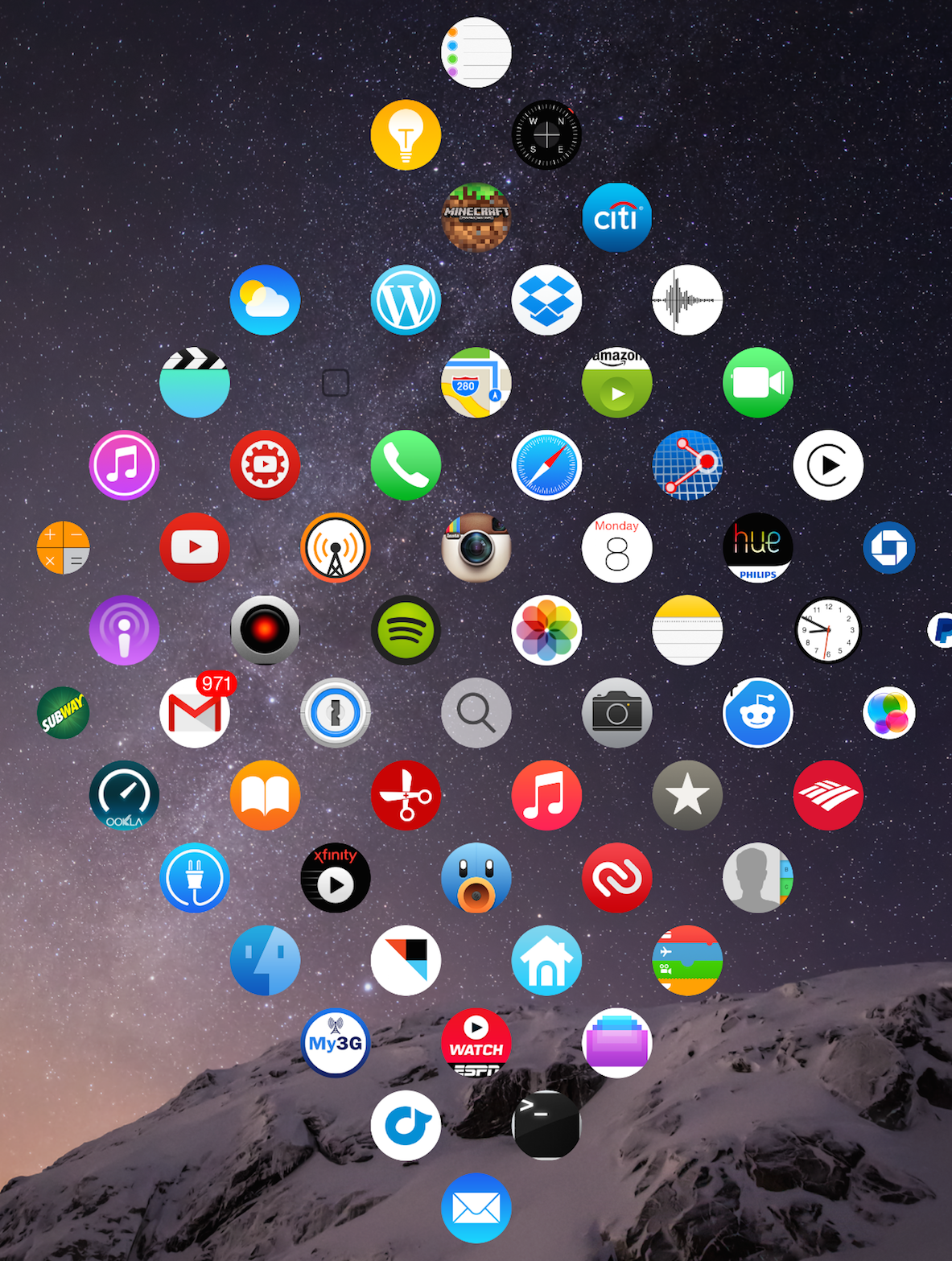 Aeternum, arguably the best Apple Watch UI jailbreak tweak available on Cydia, received a massive update today. The update brings lots of fixes and several notable new features to the table. If you purchased Aeternum the past, but felt it wasn’t ready for prime time, you may want to check it out again now that it’s received its notable 1.0.2.3 update. 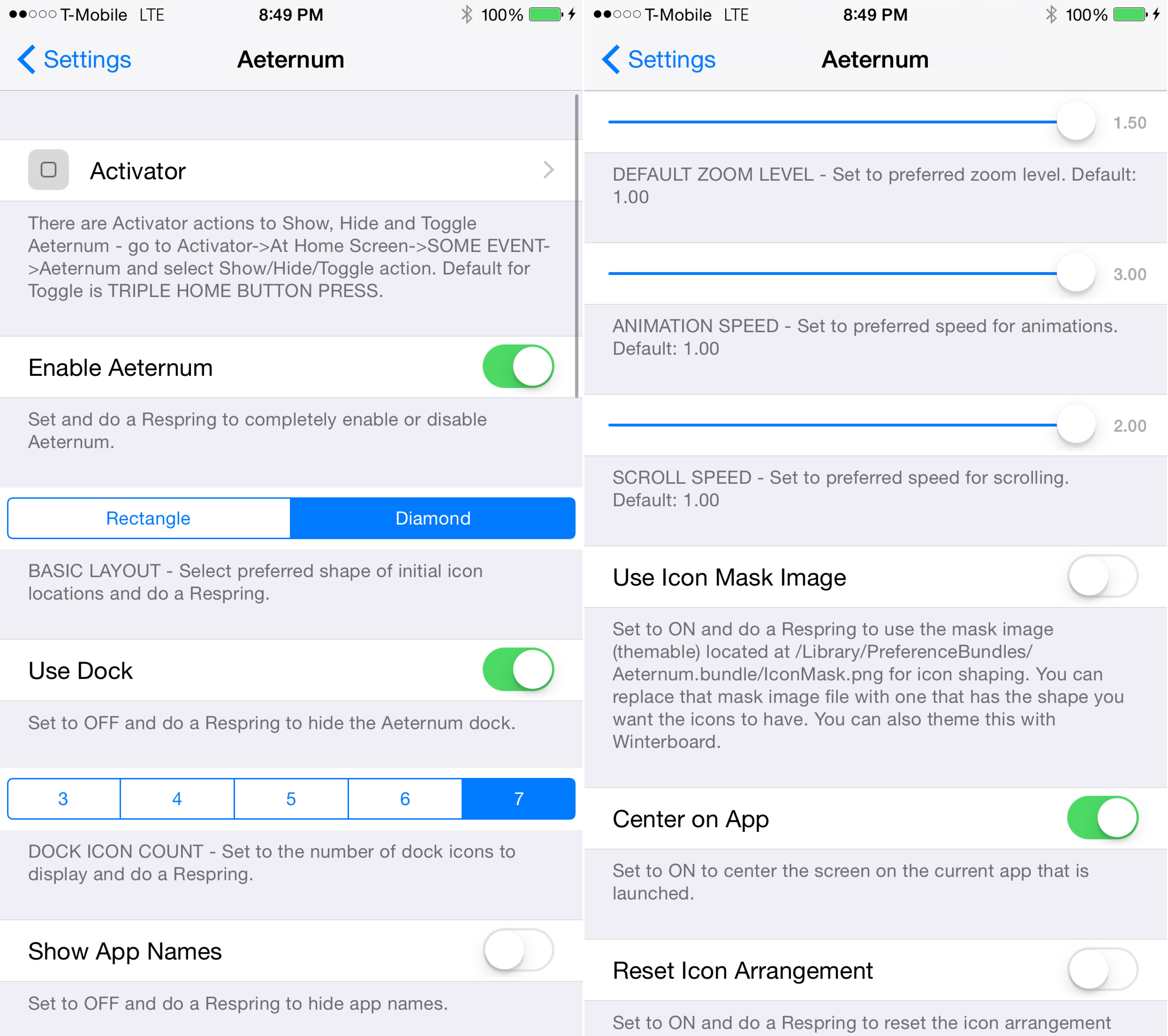 As you can see, there are just as many additions and improvements as there are outright fixes, which is why I suggest giving the tweak another shot if you’re not still using it. I really enjoy the new diamond basic layout, and I also like the ability to change the amount of app icons present in the dock via Aeternum’s preferences. Users will also appreciate new settings for animation speed, scrolling speed, and default zoom level.

The one lingering bug that I noticed appeared when switching between the default Springboard and Aeternum’s replacement interface. The dock, which can be kept in Aeternum, disappears when switching back into normal mode from Aeternum. You can, however, quickly recover the dock simply by changing the orientation to landscape mode. It’s not a deal breaker by any means, but I wanted to mention it since I encountered it multiple times while testing this update.

Overall, Aeternum 1.0.2.3 is a stellar update that brings a variety of new features and fixes to the table. I recommend that anyone straddling the fence about whether to use this tweak check it out. Aeternum can be found on Cydia’s BigBoss repo, and the update is free for those that already paid the original $2.99.