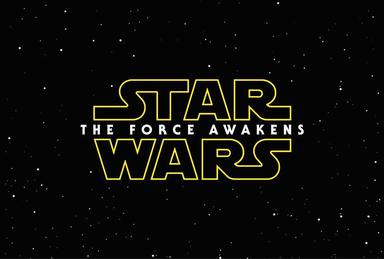 The official teaser trailer for Star Wars: Episode VII – The Force Awakens on Black Friday made its debut on iTunes. Lucas film yesterday tweeted that the trailer will hit iTunes after initially saying that it would only be shown in 30 movie theaters across the U.S. Disney in October 2012 acquired Lucasfilm in a transaction valued at a whopping $4 billion.

The acquisition brought Lucasfilm under Disney’s fold and gave the Mickey Mouse house rights to further develop the Star Wars franchise and film new movies in the series in co-operation with George Lucas. The trailer has also hit YouTube and we’ve embedded it for your viewing pleasure right after the break.

The upcoming movie was directed by J.J. Abrams from a screenplay he co-wrote with Lawrence Kasdan, co-writer of The Empire Strikes Back and Return of the Jedi.

Check out the teaser trailer now.

To stream the trailer from iTunes, follow this link.

Scheduled for release on December 18, 2015, the movie is being produced by Walt Disney Pictures, Lucasfilm and Bad Robot Productions and will be distributed by Walt Disney Studios Motion Pictures.

To learn more about the movie, check out iMDB and Wikipedia or visit the official Star Wars channel on YouTube.

The fact that such a high-profile trailer hit iTunes first is hardly a surprise given Apple’s clout and brand power and the ongoing partnership between Apple and the Mickey Mouse house.

Apple’s late CEO Steve Jobs back in 2006 sold his animation studio, Pixar, to Disney for $7.4 billion, making him Disney’s largest individual shareholder. Disney was first among major Hollywood studios to make its movies available for purchase and rent on iTunes.

Are you looking forward to The Force Awakens or is Disney going to ruin the franchise, do you think?