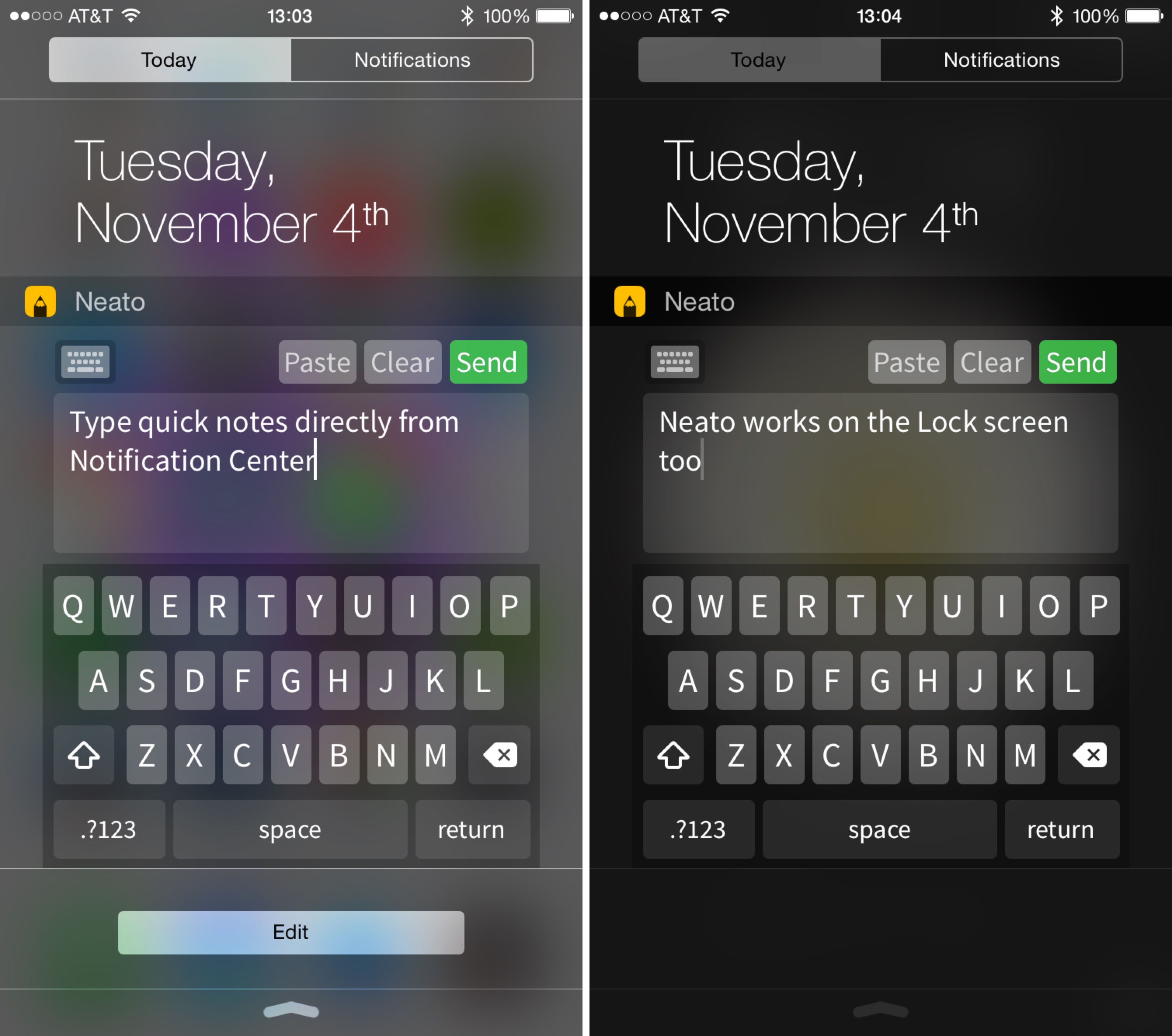 Apple is once again going after a Notification Center widget for overstepping its bounds. Neato, a popular note-taking widget with a built-in keyboard and share controls, says the Cupertino firm has threatened to remove the app for violating its App Review Guidelines.

More specifically, the developers behind Neato told Gizmodo that Apple has asked them to remove the keyboard from their widget, or else. The team tried to appeal, but Apple wasn’t going to budge, and gave them two weeks to submit an update to correct their issue.

This isn’t the first instance we’ve heard of Apple going after an app due to its NC widget. It also went after PCalc, a powerful calculator app that added a calculator widget when iOS 8 landed. Apple asked the devs to remove it, though it later recanted and allowed it to stay.

The problem seems to be that the App Extension guidelines are kind of blurry on what a Notification Center widget can and cannot do. Apple says that widgets should have a simple UI and limited interactive items, but it does not specifically forbid the building of productive widgets.

It’s a shame, though, because Apple probably isn’t going to reverse its decision on Neato. Removing the built-in keyboard in its widget will completely cripple the app, which has reached the top 10 business apps list in 65 countries. Grab it while you can, in the App Store for free.