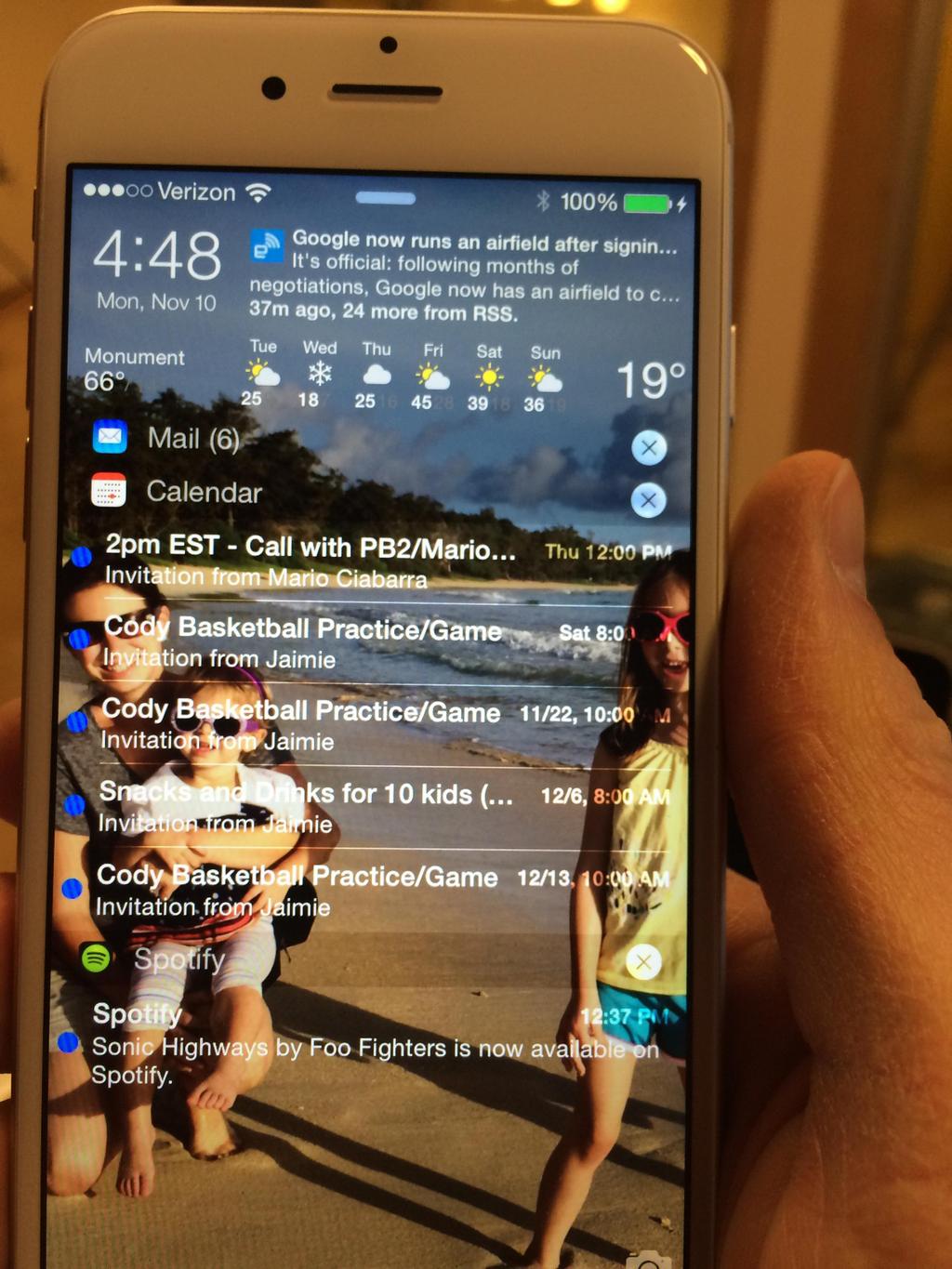 Mario Ciabarra, the man behind IntelliScreenX among others, recently tweeted a photo of an iPhone 6 running ISX8, an updated version of the feature-rich tweak compatible with Apple’s latest mobile operating system. While there is no specific ETA for ISX8 to hit Cydia, it appears that the tweak is in late development stage and could potentially be available sooner than later.

IntelliScreenX is one of those staples of the jailbreak community. It is a full featured tweak that aims at making both the Lock screen and Notification Center much more useful than Apple would allow, by letting you add specific widgets and more.

With iOS 8 and Notification Center extensions, one could argue that tweaks like IntelliScreenX have lost their appeal, however ISX8 allows for much more than what Apple would let any developer submit to the App Store.

It is still unclear when the tweak will be available in Cydia and whether it will be a paid or free upgrade, but we’ll make sure to let you know once we find out more. In the meantime, those that aren’t familiar with the tweak can have a look at the IntelliScreenX for iOS 7 which was released earlier this year.