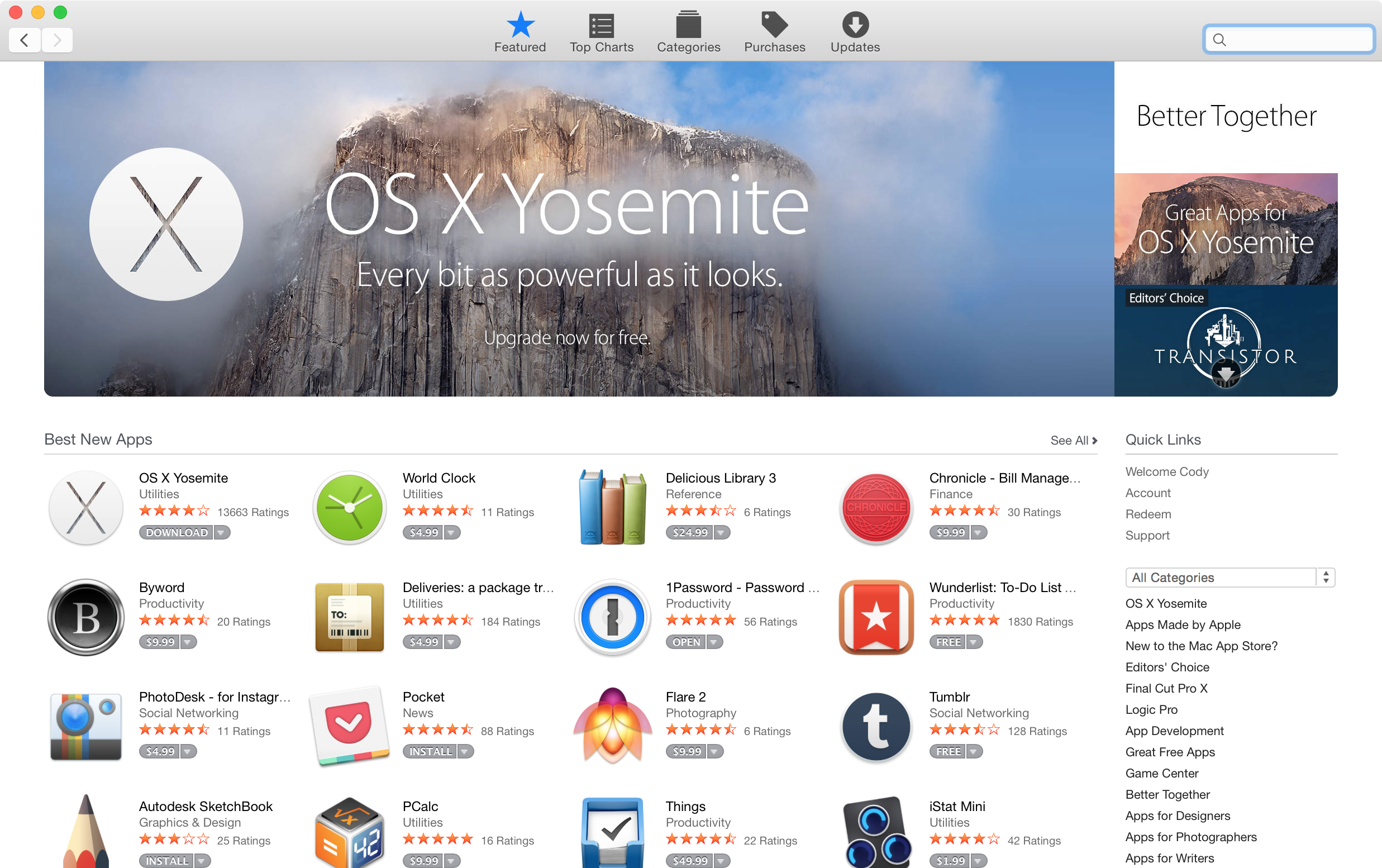 As you can see in the screenshot above, Apple has done away with skeumorphic elements like shadows and well-defined tables, in favor of thin gray lines. The new UI feels faster, lighter and more streamlined, and again more in line with OS X Yosemite.

In fact, the new design brings the Mac App Store inline with much of Apple’s software and web offerings. Since unveiling the new design language in iOS 7, Apple has updated most of its website, iOS and Mac apps, and of course the iTunes Store to match.

It appears tonight’s update is rolling out in stages, with some users not seeing the new design, some seeing it off-and-on, and others reporting they see it permanently. If you want to check it out for yourself, simply launch the Mac App Store in OS X Yosemite.