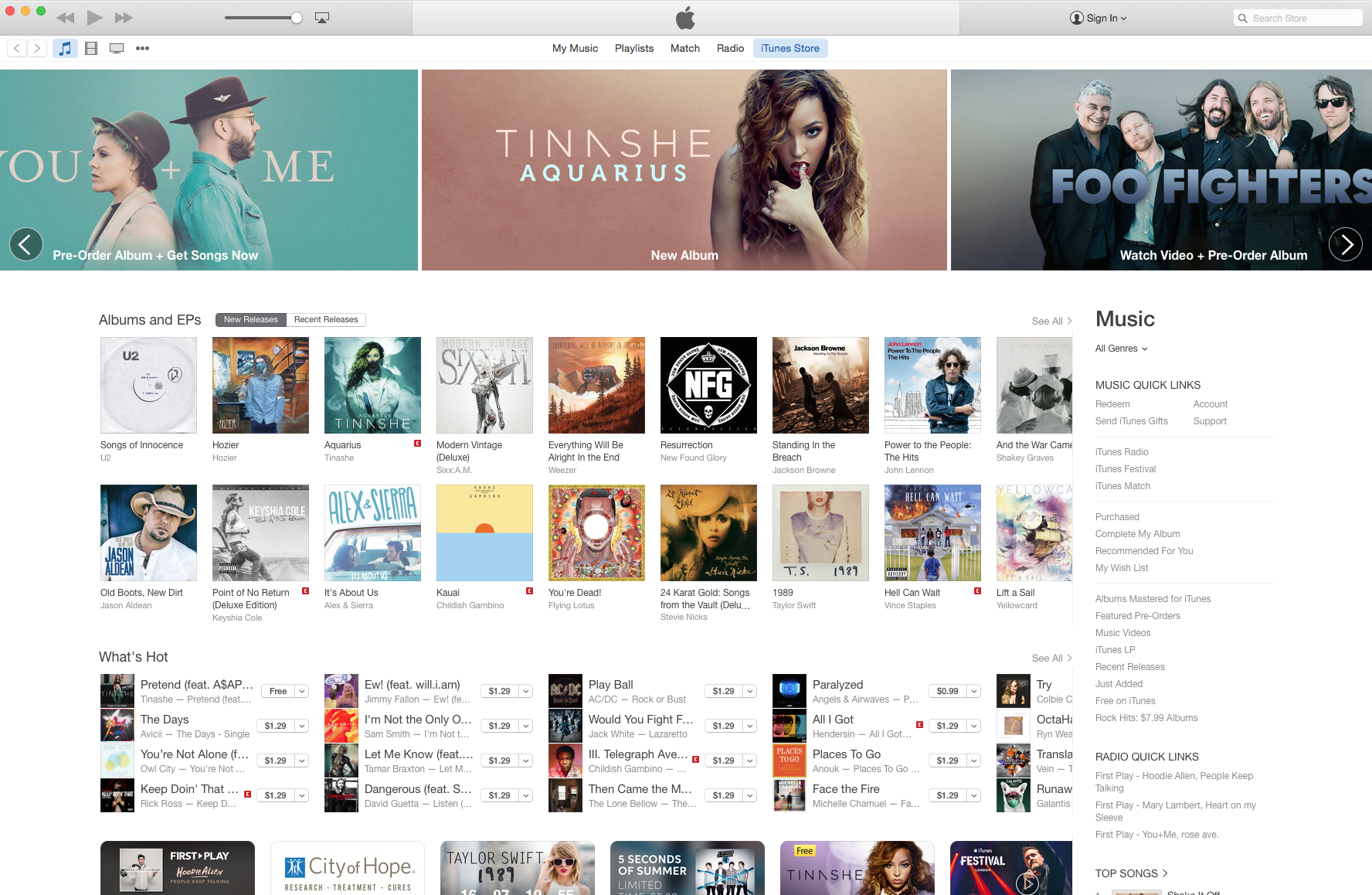 Apple has rolled out a revamped version of its desktop iTunes Store to iTunes 12 today. Folks with access to the developer preview or public beta of OS X Yosemite should see the new storefront with various changes including cleaner, flatter design elements.

As you can see in the image above, Apple has axed the 3D rotating carousel of featured content in favor of a new card-style layout. There’s also no longer a backdrop shadow behind the album art, or in the navigation buttons, and the fonts have been changed. 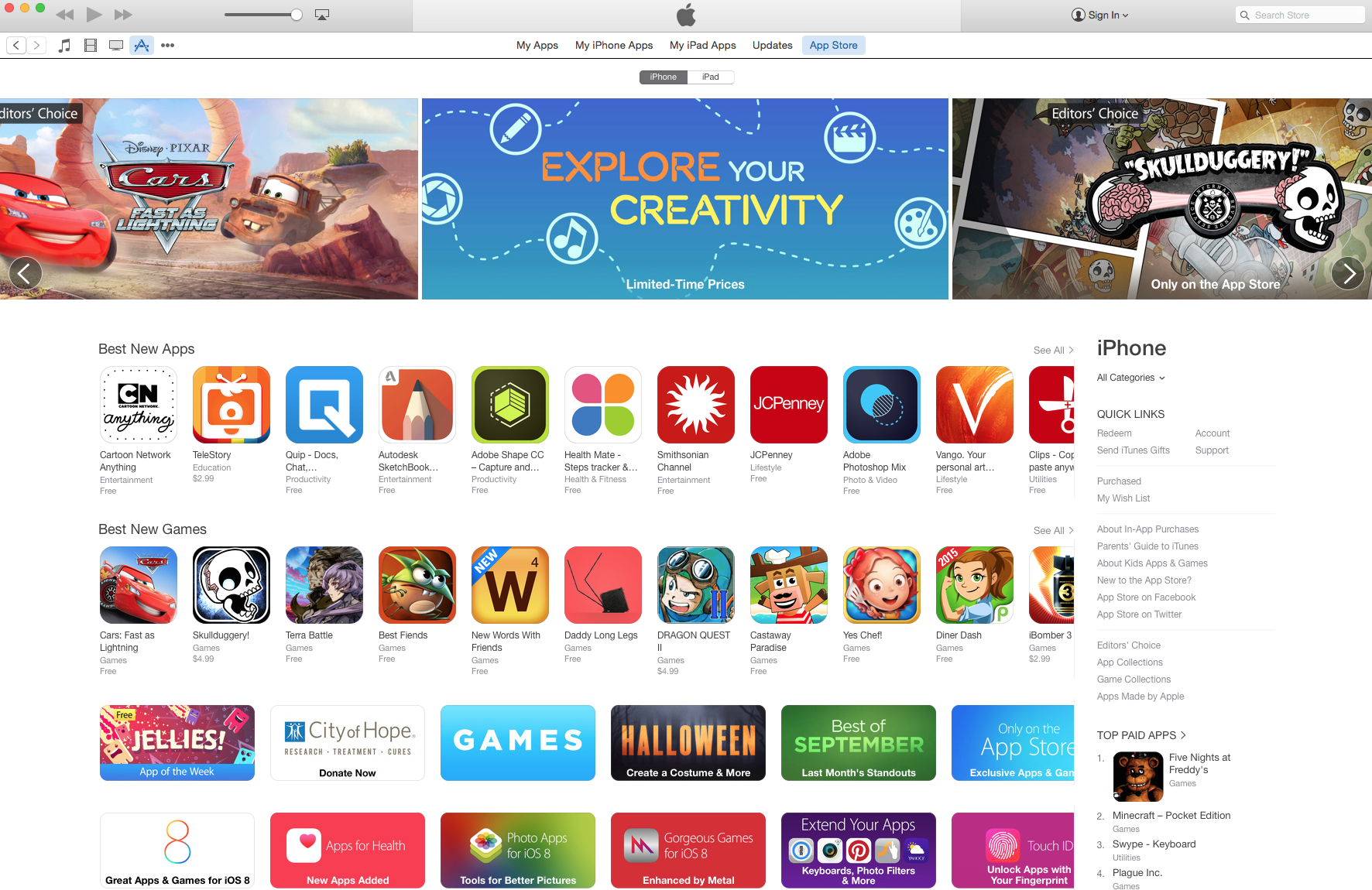 The changes can be felt throughout the entire store. App icons no longer feature extreme rounded corners, and again the shadows have been removed. It seems that all pages now feature a white background, although I’ve come across a few that still have some color.

Some differences are more prominent than others, and I’m sure I missed a few things in my short time looking it over. But the bottom line is that the design of the iTunes Store has been brought more in line with iOS, OS X Yosemite, and of course the new iTunes 12.

Yosemite is still in beta right now, but it’s expected to be released to the public soon.