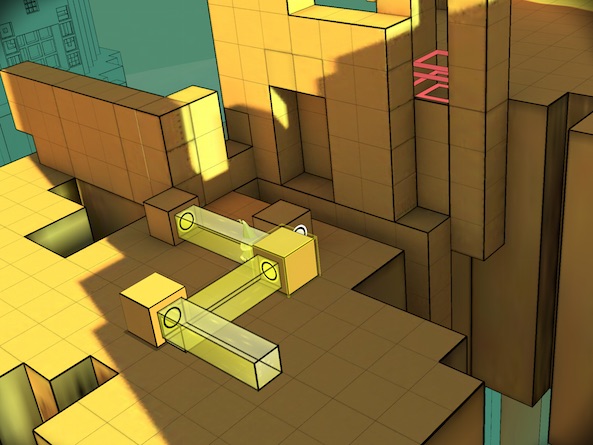 Puzzle games on the iPhone are no longer a casual affair. They’ve gone from relaxing to complex in just a few short years. With games like Monument Valley gracing our mobile screens, we are now forced to decide whether to solve the next puzzle, or finally go to work.

Zero Age is a puzzle game that on the surface seems simple enough. Move a block, climb it, move another. However, the devil is in the details. How can you get a block across three rows when it can only move along a single column? We’ve got a game review of Zero Age to help you understand the game a bit further.

The game’s design is based on a 3-D graph that looks like it sits high above the clouds with a perilous drop from the edge. Players move north, south, east or west on the floor grid. The goal is to reach the red portal on each level. Most of the time, the portal is on a higher platform and you must use the available blocks to create a stairway that will allow you to reach it.

The problem is that, some blocks only move north to south or east to west. Others can move any direction, but can’t be lifted up to be placed on top of another block. The key to manipulating these blocks to help you is in the light beams they produce. These beams create temporary blocks or transporters that can be used to get your character to the next platform.

In each chapter, we learn how to use the different colored beams. I’ve only gotten to the second chapter, so I only know how to use the green and blue beams. However, there are at least five more beams that I have yet to learn. 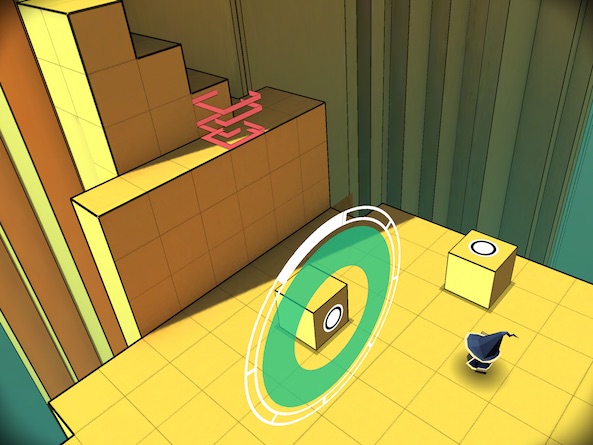 This is a complex puzzle game that requires you to think a few steps ahead. On any given level there will be one or more blocks. Each block has one or more activators. Touch and hold the circle on the block to activate it. This is how you move blocks. If an activator is on the north-facing side of a block, it can move north and south only on the selected row that it is in, unless you stack it on top of another block that moves east to west.

When you stack a block, it allows you to move both of them in the direction that the bottom block is capable of. Then, you can take the top block off at the new row and move it if necessary.

In addition to using the activator to move blocks, it is used to produce beams of color that create temporary objects you can use. The green beam creates a secondary block attached to the main. The yellow beam produces a transporter that sends anything inside of it in that direction. Just like movement, beams are only produced on the side that the activator is on. If you have a block with a south-facing activator, but need a north-facing transmitter beam, you are out of luck.

As noted above, the goal is to get the character from one platform to another by using the blocks and beams. The trick is figuring out how to position them appropriately so that you can accomplish that goal.

The first chapter, “Primer,” is fairly easy and doesn’t require a whole lot of deep thought. However, as soon as you reach the second chapter, “Mountain,” things get complicated.

You basically have to think outside the box to come up with possible positioning for the blocks that you didn’t even know existed before. There are times when you might think there is no way you can solve a puzzle and there must be something wrong with the game, only to discover that you were able to move a block into a spot you didn’t realize you could before (like three row up, or across a gap). 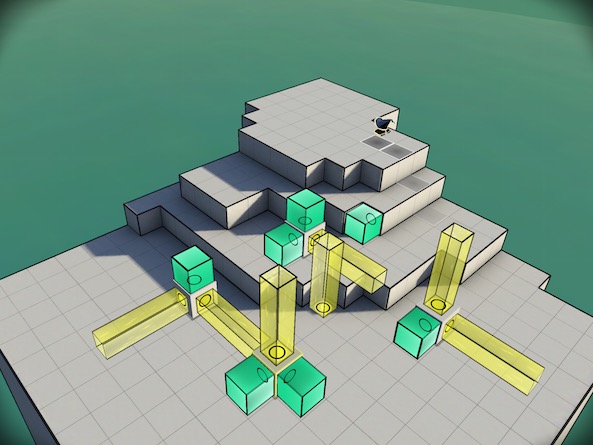 The puzzles are incredibly challenging. Similar to solving a complex math equation, the moment you realize that you have figured out the answer, you feel pretty superior. Then, onto the next puzzle where you will feel like you’ve started it all over again.

The game is long. I’ve played it for more than an hour and am only in the second chapter. Since the puzzles get more complex as you progress, I can only imagine I’ve got at least three more hours of gameplay to go.

The help guide is not explanatory enough. I didn’t know that blocks could move across gaps or be set on higher platforms until I found myself stuck for way longer than I should have been. I’d like to see a tutorial that identifies everything that each block can do.

Zero Age costs $2.99. It is worth the price of admission for the amount of time you’ll spend getting through these complex puzzles. The replay value isn’t particularly high since you won’t need to revisit any puzzles once you’ve solved them. There is, however, a sandbox level that allows you to play around with the beams you’ve unlocked.

If you are a fan of puzzle games, this is a great title to add to your collection. The puzzles are very complex and will push your brainpower to its limit. It is not for the faint of heart. It is hard. If you are expecting some quaint little adventure with some puzzle fun mixed in, Limbo is more of your speed. If you are ready to push the boundaries of your puzzle solving skills, Zero Age is for you. This game is only available on the iPad. Download it in the App Store today.

This game actually reminds me a little bit of Portal.

What do you think of Zero Age? Are you ready to take the challenge?