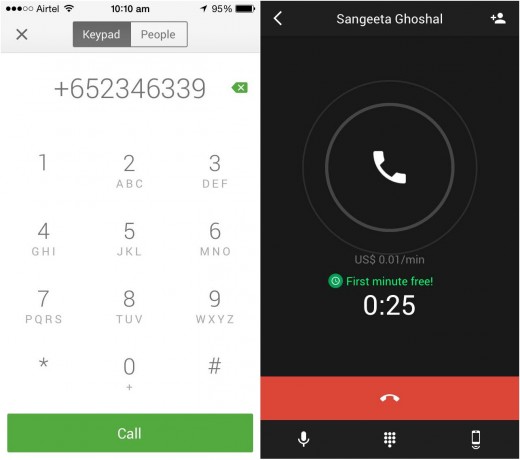 “The first 60 seconds is on us,” the company said in a post over at Google+. “What you say is up to you”. You can place Hangouts using Gmail and Google+ on desktop, using the Hangouts extension for Chrome, or via Google’s mobile Hangouts app for iOS and Android.

You’ll be charged for each minute after. Outgoing calls to phone numbers in supported countries will be indicated by the “First minute free” message.

“If you don’t see this message, you’ll be charged for the first minute,” cautions Google’s support document.

To take advantage of the promotion, you must have some calling credit in your Google Account and make one call at a time through Hangouts. Google says “almost all” phone calls to the United States and Canada through Hangouts are free from all countries where Hangouts calling is available.

A few destinations in North America will cost one cent per minute depending on the specific phone number. Calls to destinations outside of the United States and Canada are available at low international rates.

Hangouts for the iPhone and iPad is available free in the App Store. Last week, the app got updated with native display support for the new iPhones and back in September gained the ability to make voice calls.