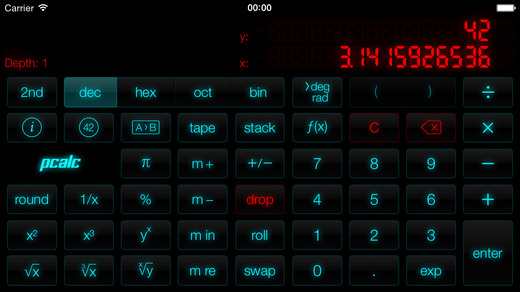 Apple today asked PCalc developer to remove its Notification Center widget after it was previously approved in the App Store. The reason? Notification Center’s Today widgets are apparently prohibited from performing any calculations, according to the company’s email to developer James Thomson.

Thomson took to Twitter where he shared the news with the world. “Apple has told me that Notification Center widgets on iOS cannot perform any calculations, and the current PCalc widget must be removed,” reads the tweet.

It’s somewhat surprising Apple would take an issue with PCalc’s Today widget after approving the app more than a month ago. Besides, PCalc’s iOS 8 update, along with the widget, has been widely covered in media and Apple itself has featured it in two sections on the App Store, “Extend Your Apps” and “Great Apps and Games for iOS 8”.

For starters, this is what PCalc’s Today widget looks like.

It’s pretty neat and useful, in my personal opinion.

It’s all too easy to diss Apple over the decision to have the app’s widget functionality removed. After all, its own Calculator app for Yosemite includes a Today widget. Today widgets on iOS 8 should be designed to help users “get a quick update or perform a quick task in the Today view of Notification Center”, according to Apple’s official documentation for iOS app developers.

The definition is, needless to say, very subjective.

For instance, does Apple consider performing numerical calculations a quick task? We don’t know because app review guidelines are short on specifics. Conventional wisdom has it that a quick calculation = a quick task. But then again, Apple goes on to advise against building Today widgets for performing lengthy tasks.

“If you want to create an app extension that enables a multistep task or helps users perform a lengthy task, such as uploading or downloading content, the Today extension point is not the right choice,” reads the document. 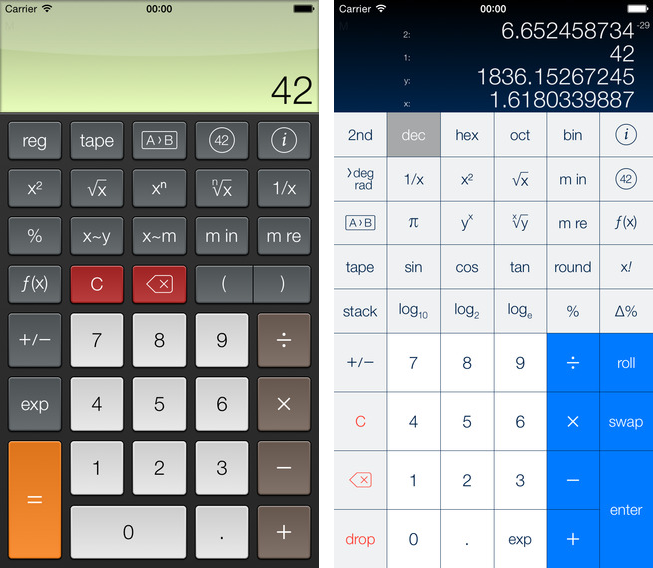 Curiously enough, Apple cited that exact rule to defend its recent removal of Launcher’s Today widget, which allowed folks to launch actions such as making a phone call, sending a tweet or opening a Maps route right from the Notification Center.

True, Apple’s documentation for developers has many instances of ambiguous topics and this one for sure leaves a lot to interpretation. That said, I wouldn’t go as far as to say that calculator widgets are a big no-no on iOS 8. Surprisingly enough, Apple has no issues whatsoever with PCalc’s Today widget for the Notification Center in OS X Yosemite.

If you’re interested, PCalc for the iPhone and iPad costs $9.99 (the Mac edition is an additional $9.99) and people swear it’s one of the best, if not the best, calculator apps on the App Store.

Could it be that PCalc is simply using code which Apple’s app guidelines prohibit?

What’s your stance on the matter?

Do you agree that calculator widgets should have no business  in iOS 8’s Notification Center? Or has  PCalc fallen prey of yet another arbitrary app rejection, do you think?