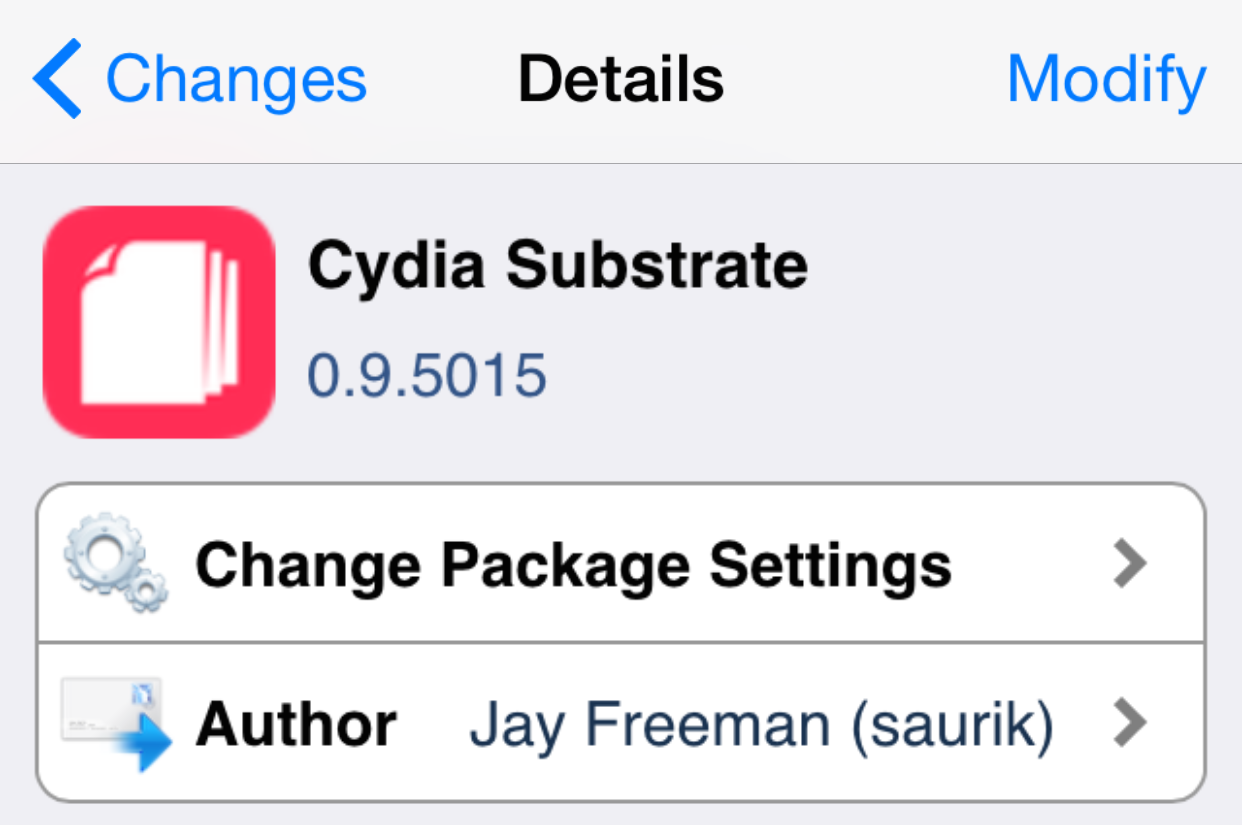 As expected, Saurik continues to work tirelessly on Cydia and all of its parts, including the uber-important Cydia Substrate. The latest update, which rings in at version 0.9.5015 comes mere hours after the 0.9.5014 update.

While the previous update aimed to squash many festering bugs, and did so successfully, it also introduced another bug which caused some process, like OpenSSH, not to start. Obviously this was a huge issue that needed to be fixed quick, since OpenSSH is used by lots of jailbreakers as a means to communicate with their jailbroken devices and to transfer files. As expected, Saurik responded accordingly. 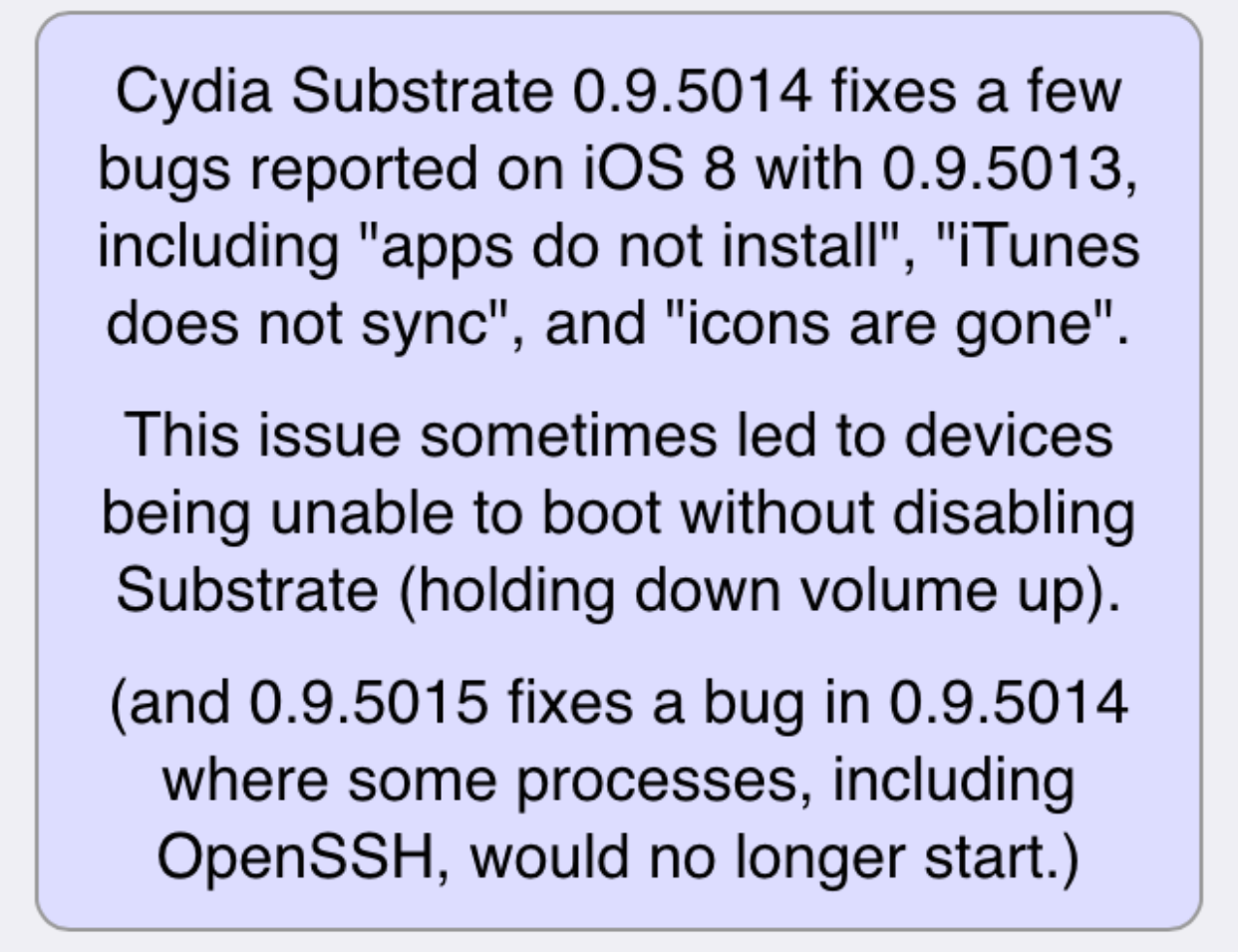 Again, it is recommended that all jailbreakers head over to Cydia and update as soon as possible. If you’ve yet to install the previous update, then the 0.9.5015 update will supersede it, and that’s what you will see in Cydia when you go to the Changes tab.

Have you updated yet, and did the update fix any of issues you’ve been having with your jailbroken device?