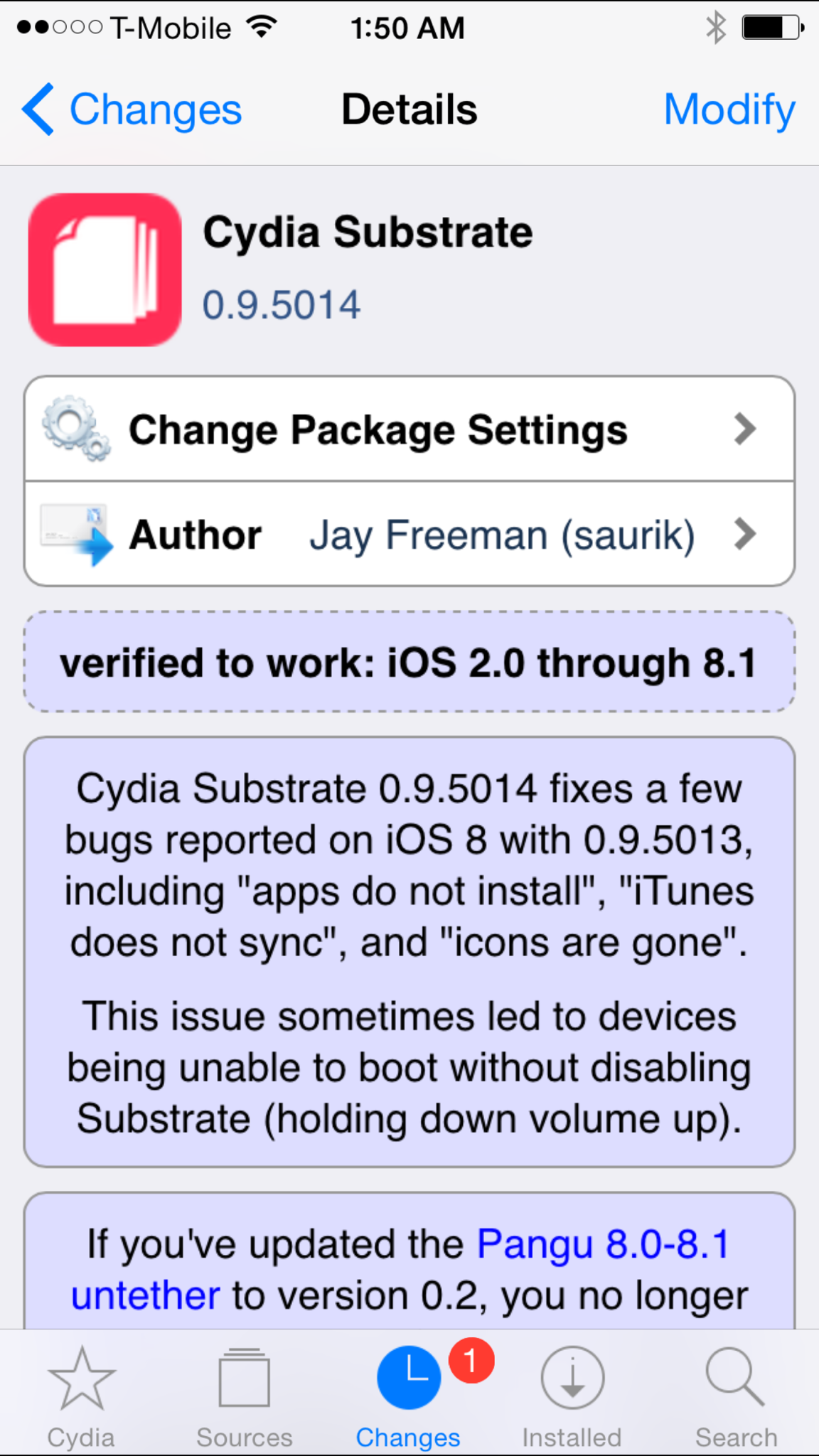 If you’re jailbroken on iOS 8 and you have Cydia installed, you should check for a new version of Substrate that just went live.

Cydia Substrate 0.9.5014 comes right on the heels of the Pangu team’s 0.2 Untether update for iOS 8. Both Pangu and Saurik are working around the clock to shore up as many bugs and issues as possible related to the jailbreak and subsequent Cydia support.

Here are Saurik’s release notes for the updated package:

This issue sometimes led to devices being unable to boot without disabling Substrate (holding down volume up).

As mentioned, you will need to be jailbroken and already have Cydia installed to install this update. If you’ve yet to jailbreak or install Cydia, you can do so using our iOS 8 jailbreak tutorial and Cydia installation guide.