Apple today added a new section to its website detailing its efforts regarding President Barack Obama’s ConnectED education program. As part of its participation in the program, the company will be providing hardware, services and infrastructure to 114 schools across the United States.

According to the site, Apple will give each student at the selected schools an iPad, and every teacher and administrator will receive both an iPad and Mac. They’ll also be providing an Apple TV for each classroom, which can be used for displaying lesson content on larger displays via AirPlay.

Additionally, each partner school is being assigned an Apple Education team to help integrate all of this technology into their existing curriculums., and Apple says it’s working with educational software suppliers to build new content and carriers like AT&T and Sprint to offer Wi-Fi service. 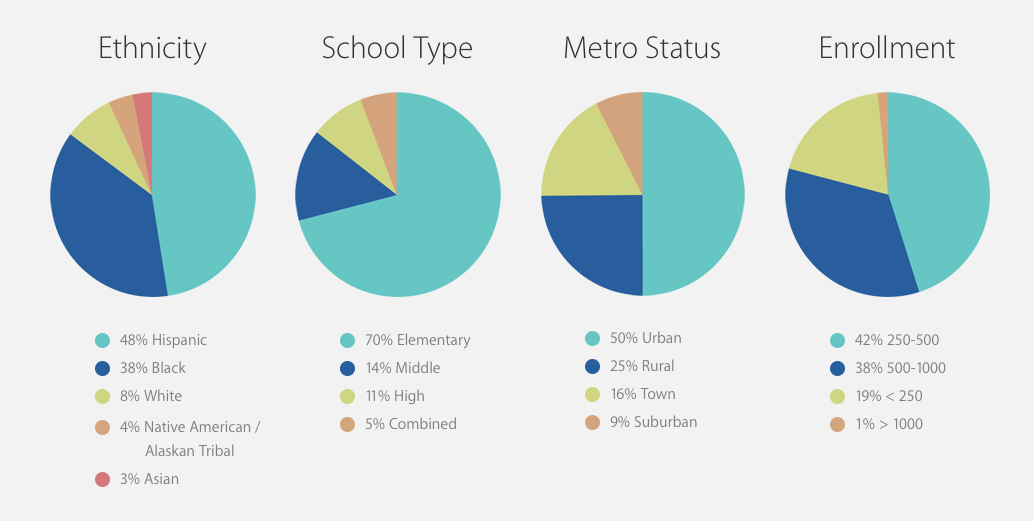 Apple explains that it chose schools in which 96% of the students qualified for the government’s free or reduced-price lunch program. The 114 schools are located in 29 states, and a graph on Apple’s site shows that 70% of them are elementary, 14% middle, 11% high school, and 5% combined.

In January, Apple announced it would be participating in the ConnectED program, saying “We are proud to join President Obama in this historic initiative to transform America’s schools.” It didn’t say how much it would spend on the commitment, but estimates run close to $100 million.