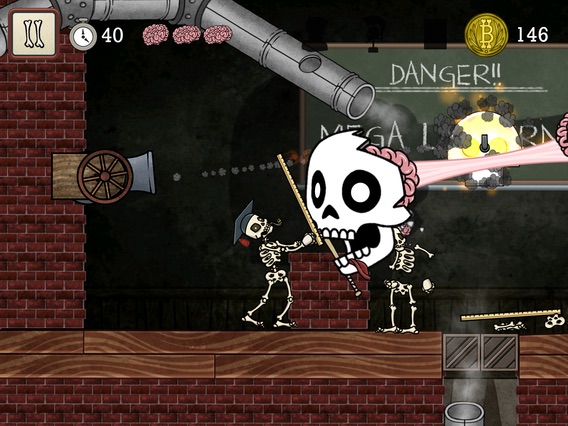 Physics-based games have really turned into something special. It was only a few years ago when games like Angry Birds were little more than the same game with a new skin. However, developers have found new ways to make the slingshot mechanics work in fun new ways and the category has taken on a life of its own.

Skullduggery! is a new game that features the familiar drag-to-launch mechanics that are so well known in physics-based games. But this title mixes in a bit of platform action to turn it into more than just a game of toss the birdy. 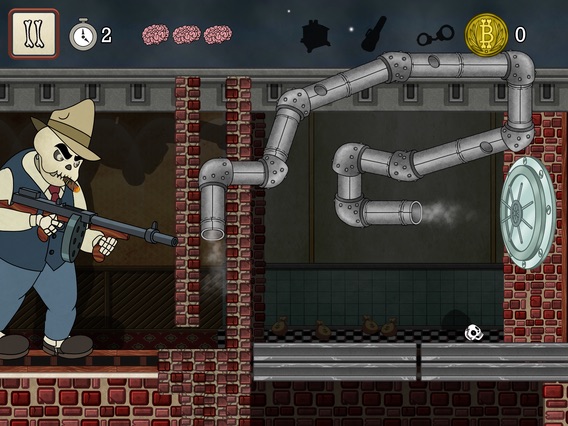 In this game, players hop from one skeleton hand to the next by aiming and flinging a skull across the room. Touch the skull and pull backward to aim the release. When you are ready, let go of the skull and it will fly to its destination, collecting coins and assets along the way. You can toss the skull in any direction and it doesn’t have to end up in a boney grip. You can roll along the floor or bounce from spring to spring, too.

Players have a goal at the beginning of each level. You must collect a certain number of coins and assets. There are also sub-goals that aren’t required, but earn extra points. For example, you may have to finish the level without getting hit. 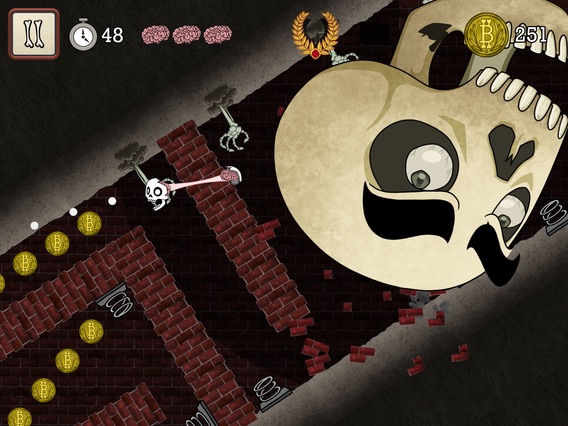 The levels are made up of intricate obstacle courses that get progressively harder. You will need to learn how to aim with precision; in mid air sometimes, to target a pipe opening that will send you onto the next section. You will need to bump the magnet before landing on a platform so that you can suck up coins that would otherwise be inaccessible. You might have to fight with another head and be ready to match brawn with brawn instead of brains.

There are secret rooms with hidden treasures and difficult bosses to fight. You’ll be able to unlock new skulls that you can use in the game. Head-to-head mode lets you play the game against your friend in six different arenas via local Wi-Fi.

There are so many hidden rooms and different ways to get through each level that you can replay it again and again. Complete goals, unlock achievements, and find all of the secret items.

Skullduggery! is available on the iPhone, iPad, and iPod touch for $4.99. Download it in the App Store today.

What do you think of Skullduggery? Let us know in the comments below.