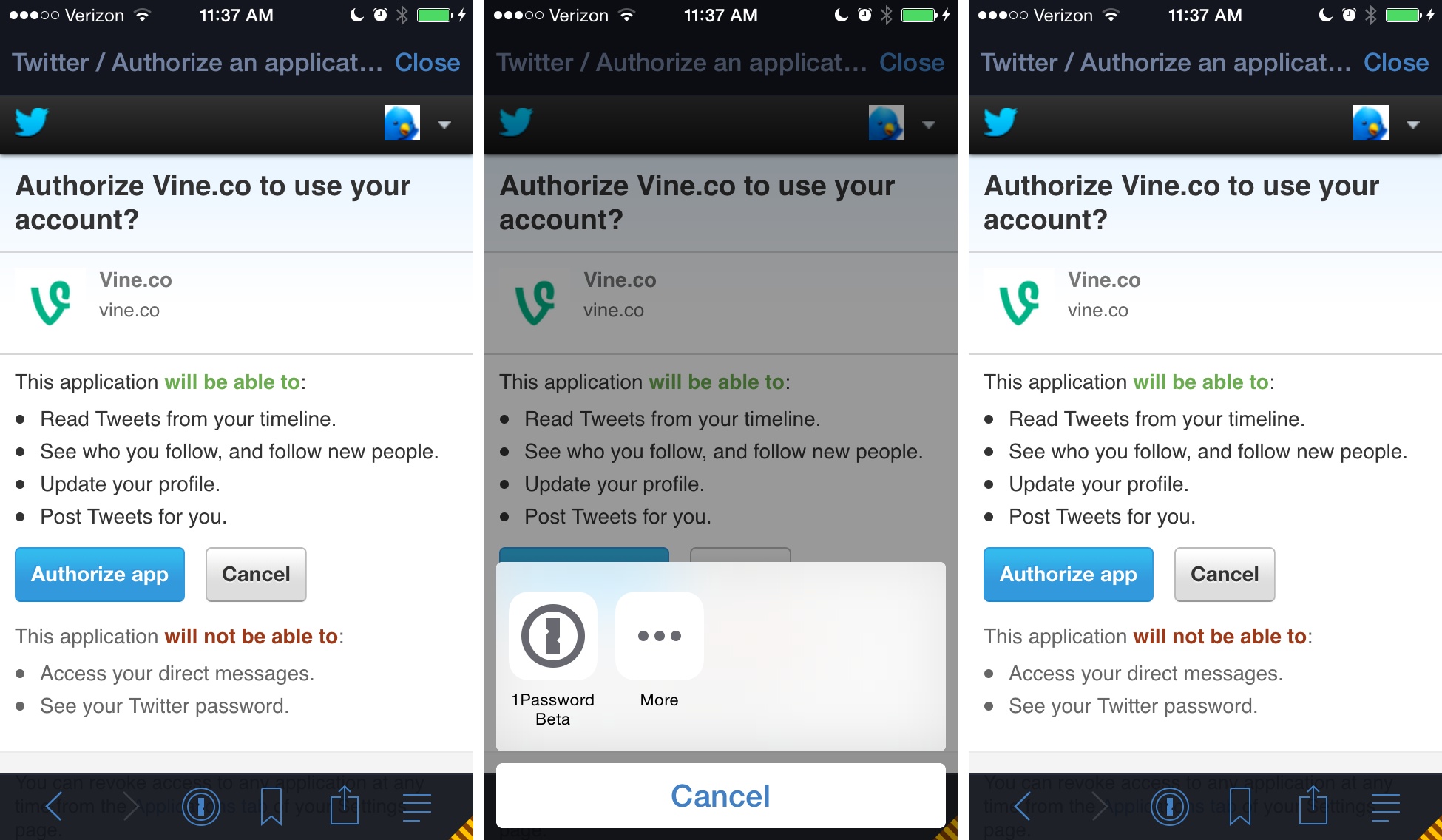 Twitterrific 5 by Iconfactory, a freemium Twitter client which last month added 1Password integration and other enhancements, on Tuesday saw another refresh expanding on its compelling feature set.

Twitterrific 5.8 is now available in the App Store and includes support for native sharing via multi-purpose iOS 8 Share Sheets, to just about any service that has advertised its Share Extension to the system. Jump past the fold to learn about other improvements.

Due to the adoption of iOS 8 Share Sheets, the various bookmarking services have been removed from in-app settings because they are now available as third-party iOS 8 extensions in any app under the Share menu.

For example, if you want to send tweets to Pocket, simply install the free Pocket app which will automatically install its Share Extension. The same goes for Instapaper, Readability and other apps that add their Share Extensions to iOS 8.

As a reminder, you can easily enable/disable and re-order available Share Extensions by choosing More under the Share menu in any app.

As for the aforementioned search improvements, Twitterrific now lets you search for any user when composing a tweet, by tapping the search icon in the compose sheet. To view someone’s profile in search results, just tap and hold their avatar.

Twitterrific back in April brought out an interesting feature allowing you to edit tweets after they’ve been published, which simply deletes the tweet and reopens the compose screen.

It was among the first wave of apps to receive native display support for the new iPhone 6 and iPhone 6 Plus screens just a few short days following their debut.

The 6.2-megabyte download requires an iPhone, iPod touch or iPad. Note that this version of Twitterrific requires iOS 8.0 or later.