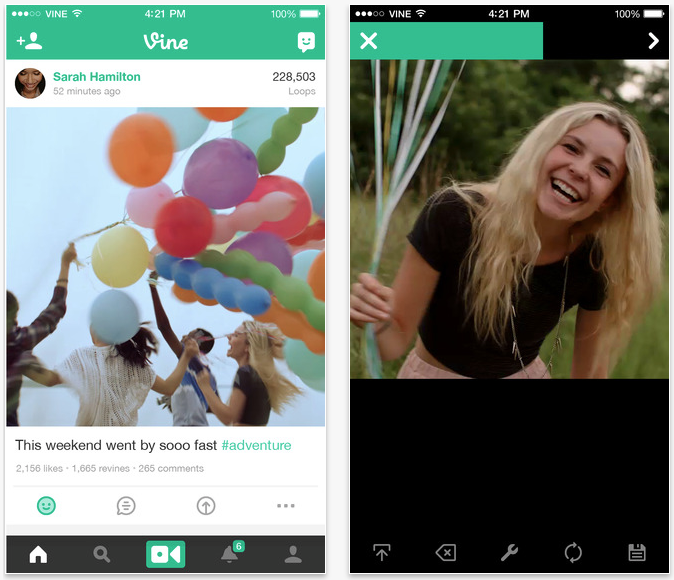 Twitter has released an update for its popular video-sharing app Vine today, bringing the iOS client to version 3.0. The update features a number of enhancements, including support of iOS 8 extensions and the larger displays of the iPhone 6 and 6 Plus.

With iOS 8 extension support, users can now upload content to Vine from the Photos app, or any other video app that supports extensions. Users can also now follow Vine channels, such as Animals or Comedy, to get relevant videos added to their feeds.

To utilize the new Share extension, simply select a video from your Photos app and open the Share menu. If you don’t see Vine as an option, tap on ‘More.’ If you’d like to follow a Vine channel, select a channel from Vine’s ‘Explore’ tab and tap the “+.”

Admittedly, the content on Vine has gone down hill over the past several months, thanks to advertisers looking to cash in viral marketing, but I still think it’s a source of flash entertainment. You can find the latest version of Vine in the App Store for free.