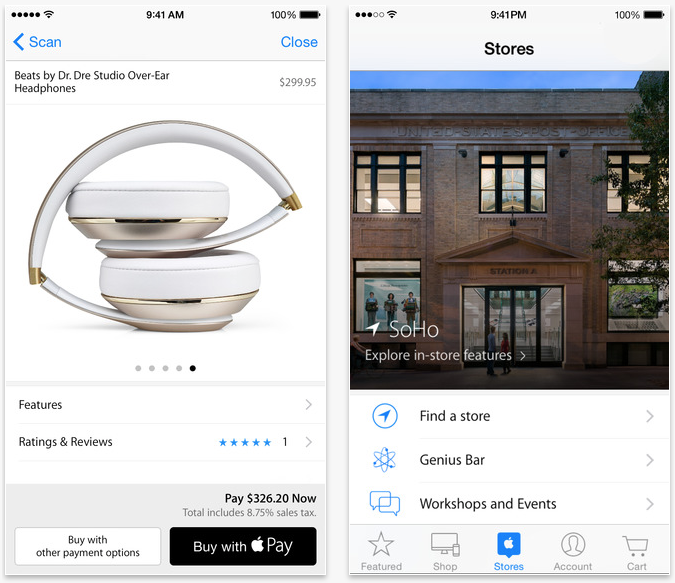 Folks looking to test out the just-launched Apple Pay service, but don’t have the option to try it in-store, can download the latest version of the Apple Store app. Apple just posted an update for the digital storefront that adds support for the new one-touch mobile payment service.

Folks who have a compatible Apple Pay device, who have updated to iOS 8.1, can set it up either through the Passbook app or in Settings. Once you have a card on file, apps updated with support for the service will offer Apple Pay as a payment option during the checkout process.

It looks like for now, only the iPhone 6 and 6 Plus support Apple Pay both in-store and in-app. The Apple Watch will support the service when it launches, and the new iPad Air 2 and iPad mini 3 will also have limited support, but for now it seems that older devices have been left out.

Announced in September, Apple Pay will allow users with compatible devices to pay for goods and services both online and in-store by simply tapping their Touch ID Home button. Expect several other apps to be updated with support, but for now, you can grab Apple Store for free.