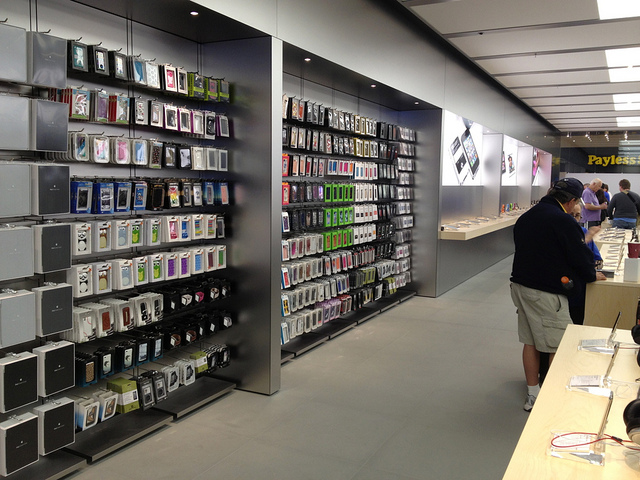 Apple may soon stop selling Fitbit device in its retail stores, according to Recode. The outlet says that its source gave no meaningful reason for why it’s decided to pull the products, but it may have something to do with its upcoming Apple Watch.

Introduced at last month’s media event, the Apple Watch is billed as a device capable of handling a number of smartphone tasks, as well as tracking and analyzing various health and fitness data. This would put it in direct competition with Fitbit.

The news is interesting for two reasons. For one, it comes just a week after Fitbit confirmed that it had no plans to integrate its devices with HealthKit. And two, this is the second report we’ve seen of Apple pulling competitor products from its shelves.

While Fitbit currently enjoys around 70% of the fitness-tracking device market, a removal from Apple Stores would still sting. Apple has over 400 retail stores, in 16 countries, each of which averages much higher foot traffic and sales than other outlets.

In a statement to Recode, Fitbit founder and CEO James Park said that the company still “looks forward to a robust holiday season as the connected health and fitness category continues its rapid growth.” It’s also gearing up to launch a new device.