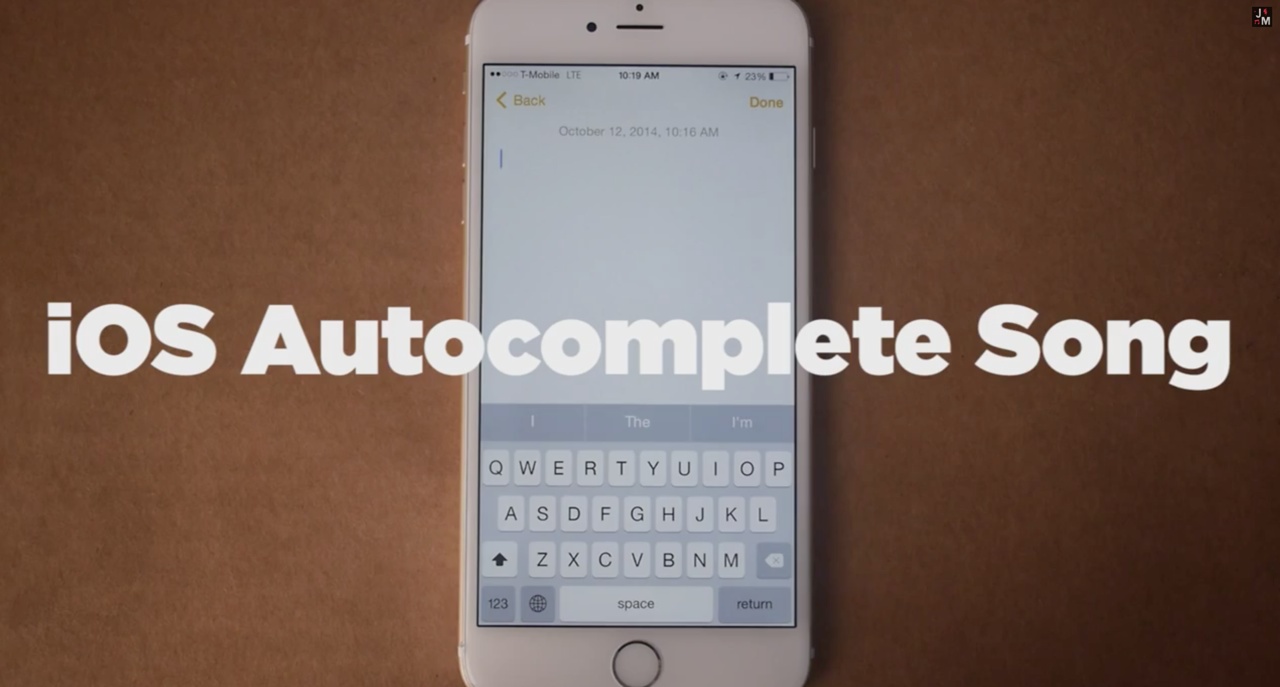 Jonathan Mann, a musician, songwriter and unabashed Apple fan, has been churning out one song a day for nearly six years straight.

You may remember his iPhone Antenna song, posted to YouTube on the eve of the Antennagate presser.

Apple actually used it to open the event and Steve Jobs even danced to it. The song-a-day man also created a Siri duet not long after the iPhone 4s was released and another one to wish Siri a happy birthday.

He’s back today with an entirely different experiment that somehow manages to sound catchy and listenable, which is remarkable given the meaningless lyrics were actually written by an iPhone using iOS 8’s autocomplete function.

Now, isn’t this something?

Check out Mann’s recap of the Apple Watch introduction in the form of an amusing musical.

And the celebrated Mario Opera that really put him on the map.

[Jonathan Mann via The Loop]