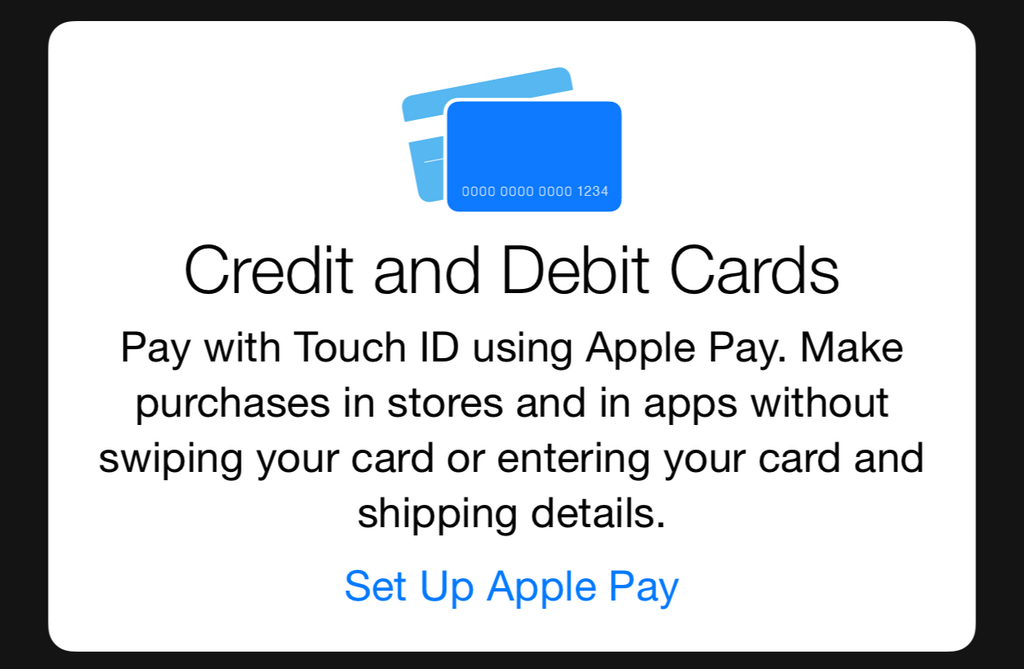 Earlier today, Apple released iOS 8.1 beta 2. Like the previous beta release, it was quickly inspected by UK developer Hamza Sood, best known around these parts for his contributions to the jailbreak community.

With iOS 8.1 beta 1, Sood revealed details regarding Apple Pay’s presence in the stock Settings app. This time around, we get our first glimpse of the Passbook setup screens, and credit card data entry screen. 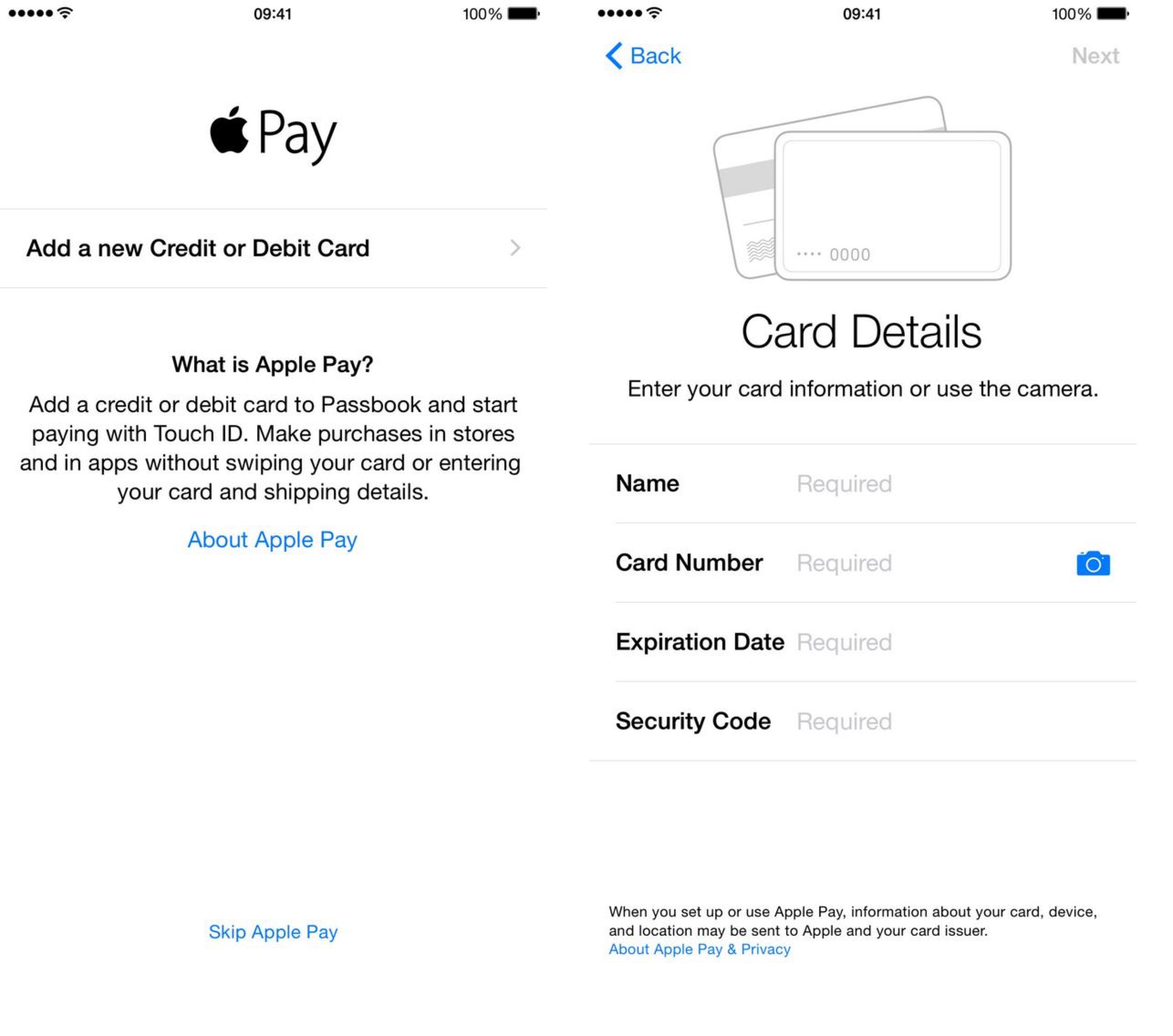 In the photo above, you can see the iPhone version of the Apple Pay setup screen. This screen is where you’ll find yourself when adding new credit cards via Passbook. Here, you’ll be able to add credit card information, such as name, card number, expiration date, and security code (CVV). You’ll also be able to use your iPhone’s camera to expedite the process and auto-fill some of the credit card information.

On the iPhone, Apple Pay, in conjunction with Touch ID, can be used to make purchases in store and in apps without swiping your card or entering your credit card and shipping details. With the iPhone’s portable form-factor and NFC chip, it’s perfect for making purchases at brick and mortar retailers.

The iPad is a bit of a different story. The new iPad’s will presumably ship without an NFC chip, and their larger form-factor make them unlikely candidates for paying in stores. That’s why the verbiage on the Apple Pay setup screen is a bit different when it comes to the iPad. 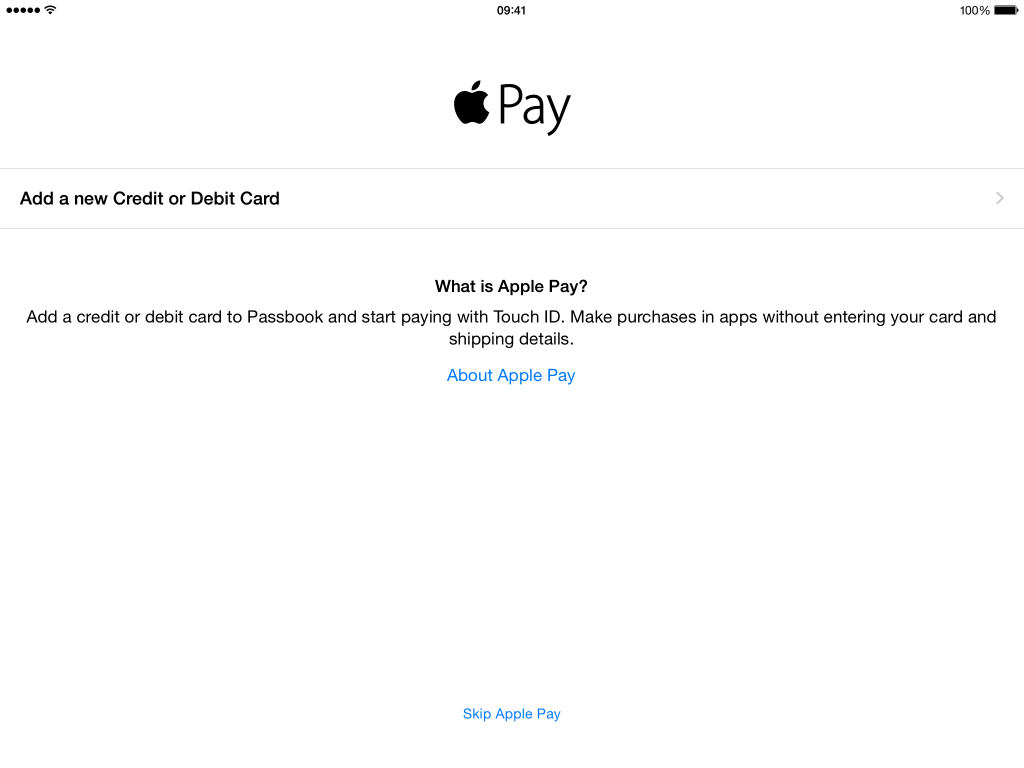 As you see here, there is no mention about paying in store. With the upcoming Touch ID enabled iPads, you’ll be able to use Apple Pay to make purchases in apps without entering your credit card and shipping details.

Apple Pay is still slated for an October launch, which means that Apple has a little over three weeks to release iOS 8.1 to the public. You can likely expect the iOS 8.1 update shortly after the new iPad’s are revealed in 8 days on October 16th.

What are your thoughts on Apple Pay thus far in general? Are you excited that it’s almost here, or has the wait tempered your excitement?