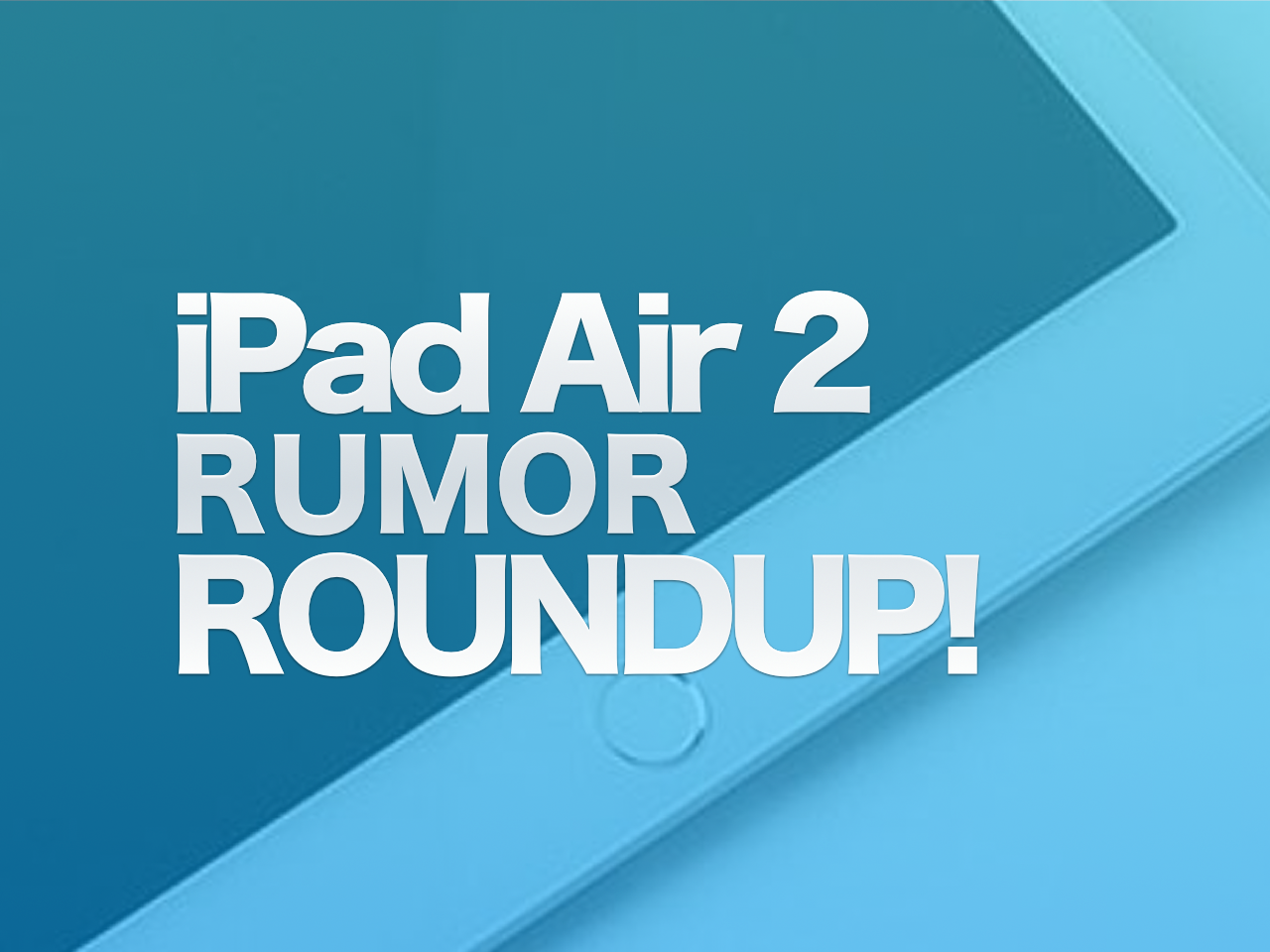 The iPad Air 2 has all but been confirmed for an October 16th unveiling, according to Recode’s John Paczkowski, a source with an impeccable track record. You might as well schedule some time off for 10AM PST on October 16th, because his word is basically bond.

With that in mind, I thought I’d take a minute to do a brief video roundup on what to expect from the iPad Air 2. Apple’s 6th generation tablet is expected to endure some significant changes in this year’s scheduled refresh. Check inside as we break it all down on video.

Okay, so now lets break down some of the new hardware and software features that we can expect from the iPad Air 2.

Obviously none of these details are written in stone. They are subject to change until we see Tim Cook walk across the stage and show us himself. With that said, given the leaks, I think there is a very good chance that the iPad 2 Air shapes up to look almost identical to the picture we’ve painted above.

How do you think the iPad Air 2 is shaping up? Do you believe it’s a must-buy product, or will you be holding off this time around? Let us know what you plan on doing in the comment section below.