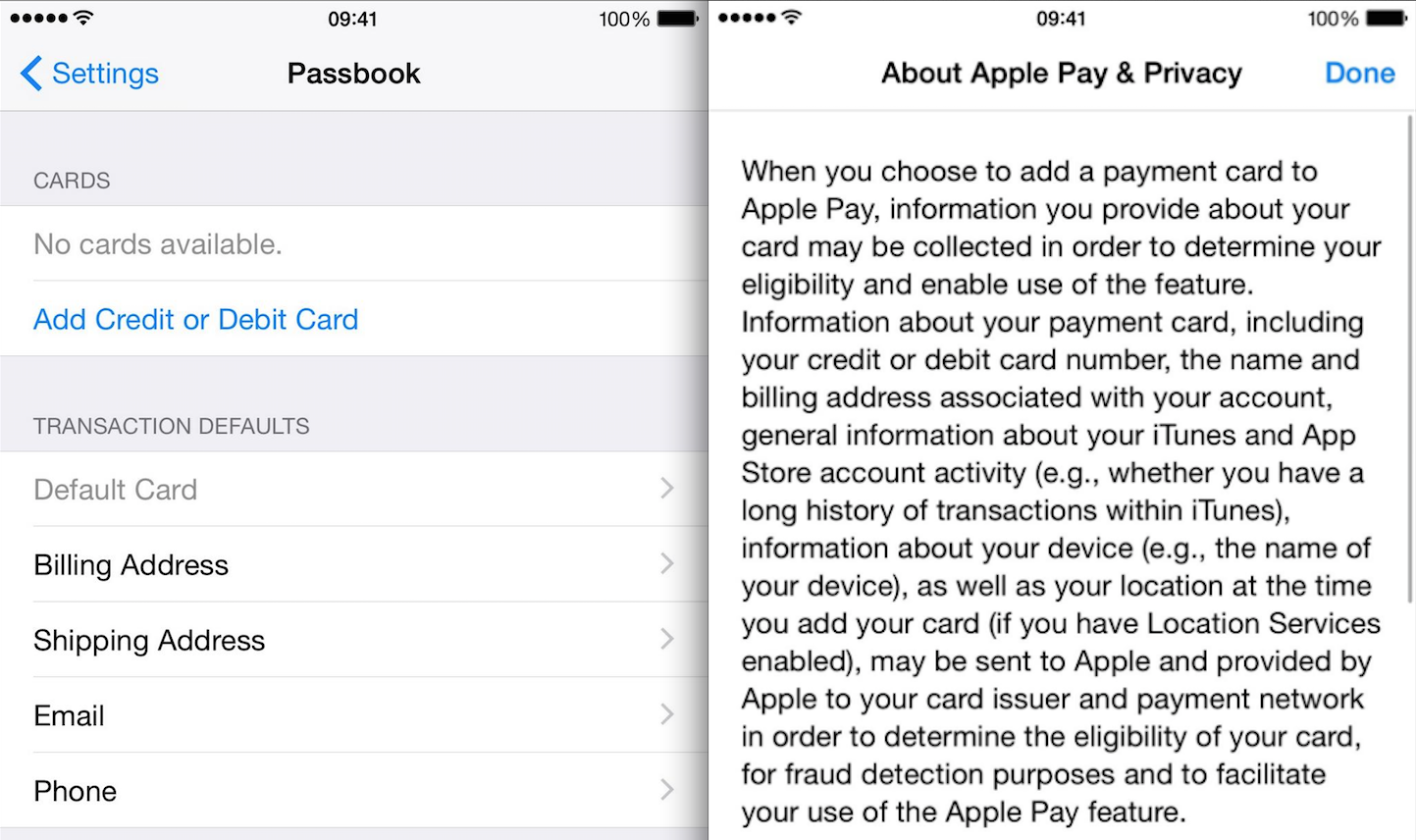 References to new iPad models with Touch ID support and a settings page for Apple Pay have been discovered hidden in the just-released beta of iOS 8.1. Developer Hamza Sood posted the evidence on Twitter this evening, in the form of three screenshot images.

The first two images, which you can see above, show a new Passbook pane in the Settings app for setting up Apple Pay, as well as a Privacy Policy page for the new mobile payment service. In the page, Apple outlines what user data it collects, and what it does with it.

The third image shows code string from iOS 8.1 labeled ABOUT_PAYMENT_TEXT_IPAD, and the text reads ‘Pay with iPad using Touch ID. With Apple Pay, you no longer need to type card numbers and shipping information.’ This not only suggests that Apple has iPads with built-in Touch ID sensors in the pipeline, but that they will also support Apple Pay (for online/in-app shopping, not in-store payments).

When Apple announced its new payment system in early September, it said that it was aiming for an October launch. We’re also expecting new iPads with Touch IDs to be unveiled next month, so it seems likely that Apple plans to have iOS 8.1 ready by then as well.