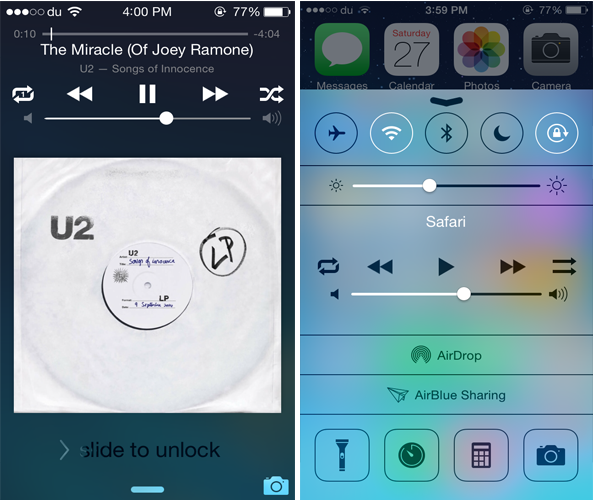 While Control Center is a convenient place to quickly control a playing song, it still lacks some music controls. CCShuffle is a new jailbreak tweak that brings the much anticipated shuffle and repeat buttons to Control Center.

Developed by Charlie Hewitt, CCShuffle adds a shuffle and repeat button to the right and left of the media controls in Control Center. Originally, the buttons are only available in the stock Music app, but with this tweak, you can also use them from Control Center. Not only this but CCShuffle also adds both the buttons to the Lock screen as well.

When the music controls appear on your Lock screen while a song is playing, you’ll notice the two new buttons located next to the playback controls. CCShuffle currently works with the stock Music app but doesn’t support third-party apps.

The tweak also comes with zero configurations so once you install it, you’re good to go. Many users have been looking for a way to add the shuffle and repeat buttons to Control Center and CCShuffle is the best tweak that fills the gap.

If you’re one of these users, you should definitely consider giving this tweak a try. CCShuffle can be downloaded right from Cydia’s BigBoss repository for free.