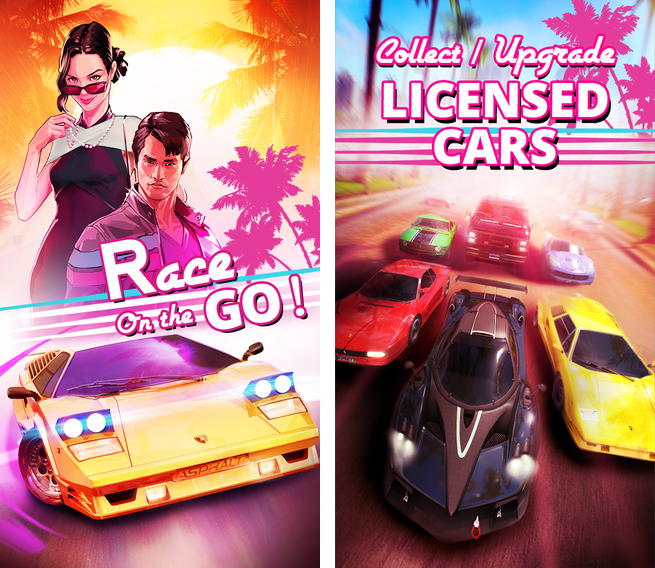 French games maker Gameloft released a new racing game, Asphalt Overdrive, onto the App Store Thursday. Available for the iPhone and iPad on a free-to-play basis, the retro-styled racing title files as the first spinoff in the award-winning Asphalt franchise.

Set in a “new ’80s” version of California, the game features an intense racing experience which challenges players to outsmart and outrun the cops.

The mission-based lane racer includes 30 fully licensed vehicles, such as the iconic Lamborghini Countach and Ferrari Testarossa, that can be improved and upgraded as you progress throughout the game.

There are seven different mission types to choose from, including escaping the cops, defeating bosses, avoiding obstacles, performing impressive stunts and more.

If you have one of the recent Lightning devices with either the A7 or A8 chip, you’ll no doubt appreciate lush visuals, real-time lighting and particle effects and more. 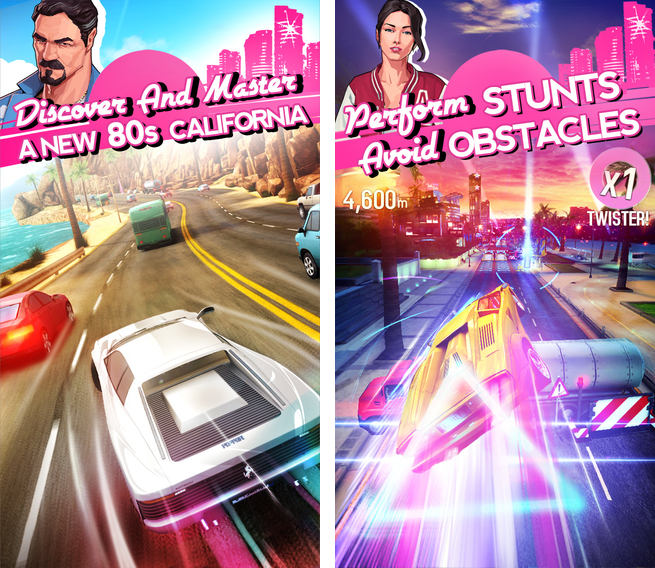 Featuring Facebook and Game Center integration, Asphalt Overdrive lets you play with or against other players online, form a team with the goal of participating in weekly challenges, compete in Gang and League events and so forth.

Speaking of racing games, Gameoft’s previous Asphalt game, Asphalt 8: Airborne, got updated with iOS 8 Metal graphics a few days ago. And while we’re at it, you may also want to check out Asphalt 7: Heat, which received four out of five stars from tens of thousands of reviewers.

The 93.8-megabyte universal app requires an iPhone, iPod touch or iPad running iOS 6.0 or later. It’s also optimized for the bigger screens on the iPhone 6 and iPhone 6 Plus.