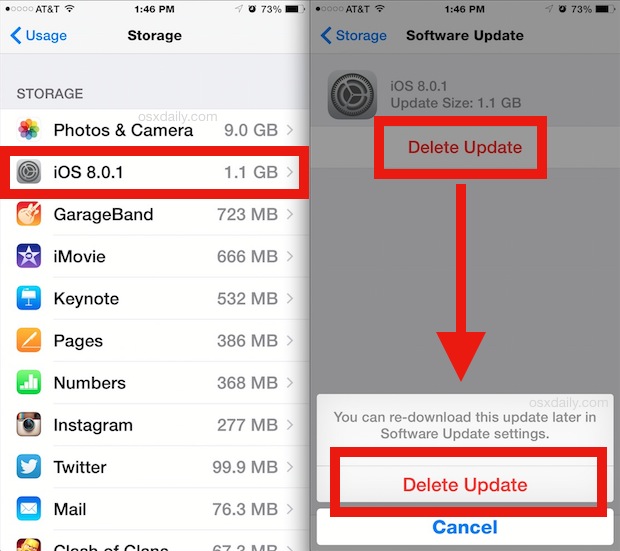 Earlier today, Apple released iOS 8.0.1 which was supposed to fix a few bugs, but as users quickly realized, this update did more harm than good as it would disable cellular service and Touch ID on affected devices. We’ve already published instructions on how to downgrade back to iOS 8 for those users who downloaded and installed the update.

But for those who have only downloaded the update and not installed it yet, there is a way to delete it from your device and make sure you don’t accidentally install it.

As described by the fine folks at OSXDaily, you can delete the downloaded update by following these steps:

This will effectively remove the downloaded update from your device and prevent you from accidentally installing it.