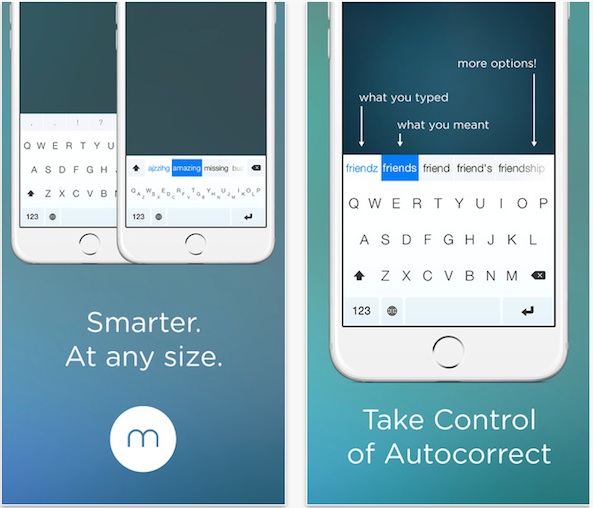 On the iPhone 6 Plus, screen real estate is not as much of an issue as it is for the 5s and smaller. For those of you lucky enough to get your hands on the biggest iPhone ever, you might turn your nose up at anything that truncates an app’s features in order to save screen space. But, the rest of us need every inch we can get.

Minuum is a keboard app that can be set as the default thanks to iOS 8. It features an intelligent auto-correct that learns your typing habits, predictive typing for getting to the next word faster, and a keyboard that can be minimized into a single line on the screen.

The keyboard can be used in full or minimized mode. Swipe down to turn the regular sized keyboard into a single line of letters. Then, tap the section of the keyboard that includes the letter you wish to type. Thanks to the smart auto-correct feature, the app will figure out what you are typing. 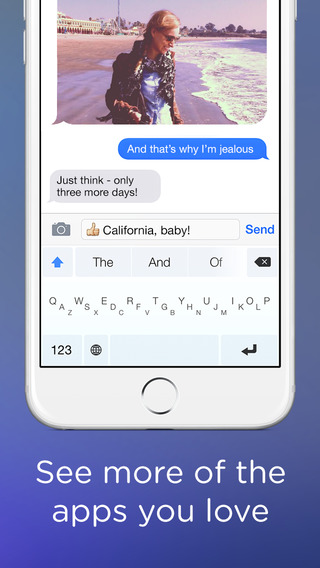 The layout consists of letters arranged in diagonals of three except for the last four, which are diagonals of two. For example, the first portion contains Q, A, and Z, while the second includes W, S, and X. Tap the first to type “A” and the second to tap “S.”

You can also swipe to the left to delete a word or swipe to the right to add a space. Swiping upward will bring back the full keyboard.

The auto-correct feature will always show you the word it assumes you meant to type. That means, if you type an uncommon word like “merch,” it will default to a different word that it thinks you meant instead. The app will learn new words and suggest them in the future. However, I’d rather the app default to exactly what I typed so I don’t have to manually correct a word I didn’t spell wrong.

Currently the app only includes a light theme, but it appears the company may be working on adding more colors in the future. There is also no native support for emoticons. Those must be accessed by switching to another default keyboard app first.

This app is very useful for people who want to take up the least amount of space on their screen with their keyboard. Even though it looks too small to use, you’d be surprised at how well the app figures out what you are trying to type. Just mash your fingers onto the keyboard and it will know what you meant.

Minuum is on sale right now for $1.99. Download it in the App Store today.