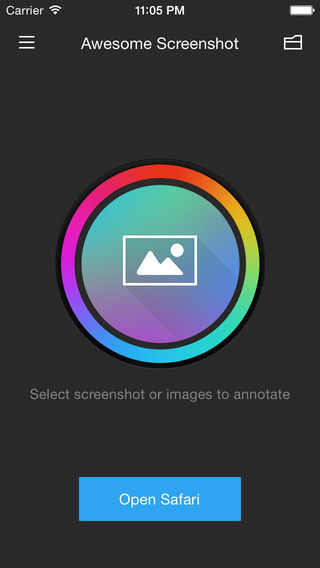 As our own Jeff told you back in November 2013, Awesome Screenshot, a desktop web app for Google Chrome, Firefox and Safari, is arguably the best way to capture an entire web page as an image on OS X.

Thanks to the various extensibility features introduced in iOS 8, this nifty little utility is now available as a screenshot extension for Safari on the iPhone, iPod touch and iPad devices running iOS 8.

Upon downloading the free app from the App Store, Awesome Screenshot will allow you to capture a screenshot of any webpage simply by choosing it in Safari’s Share menu.

Not only can you capture images of web pages on mobile devices with ease, but also annotate and share them with others using Apple’s stock sharing choices or a number of third-party Share extensions available in the App Store.

Before you can start using Awesome Screenshot, you must first activate its Safari extension (this has to be done only once).

Step 3: Swipe to the right on the actions row at the bottom (right below Facebook and Twitter sharing options) and tap “More”. 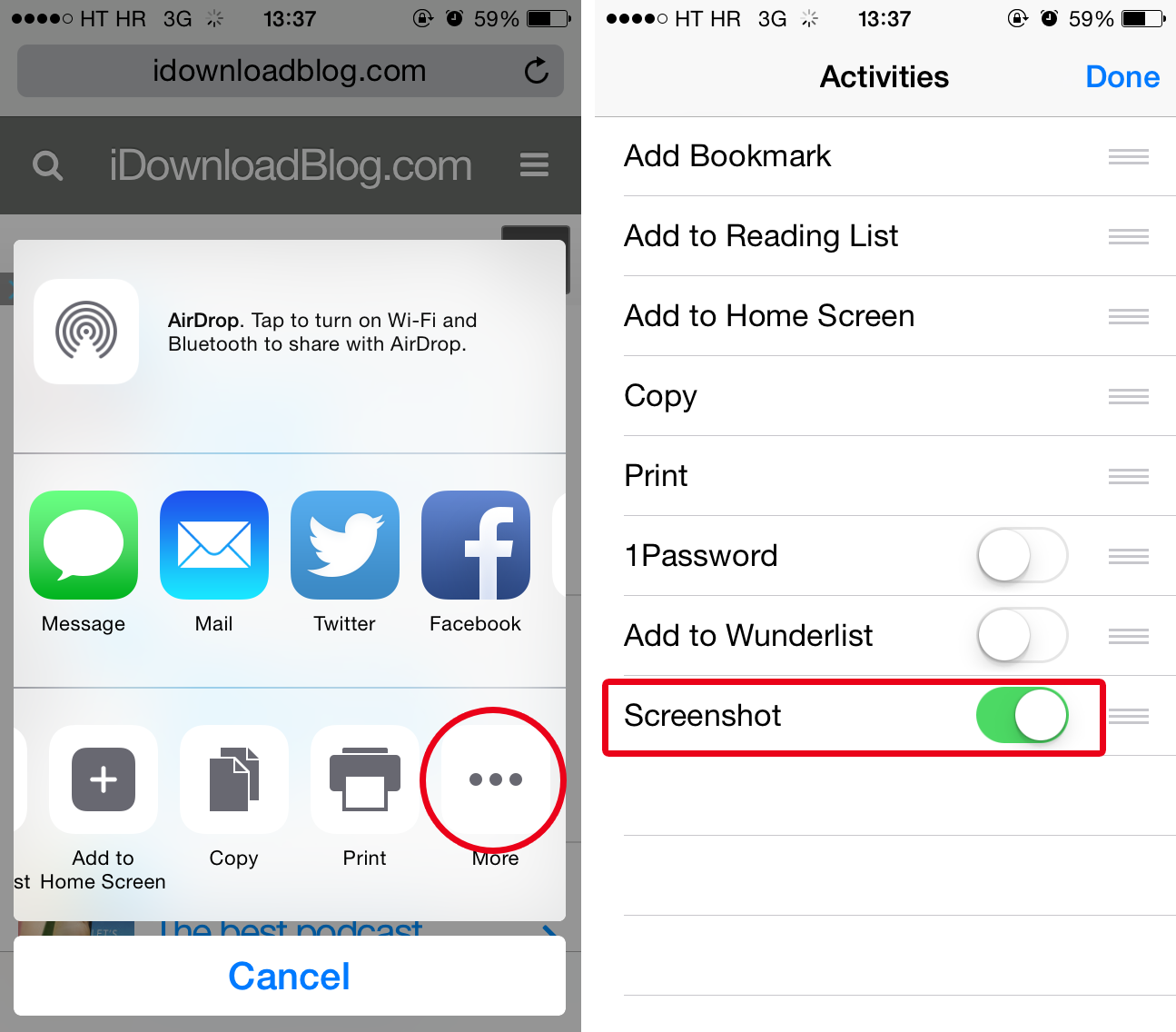 Now when you want to capture a screenshot of a webpage, simply load up the website in Safari and choose the newly-added “Screenshot” extension in the Share menu, as depicted below. 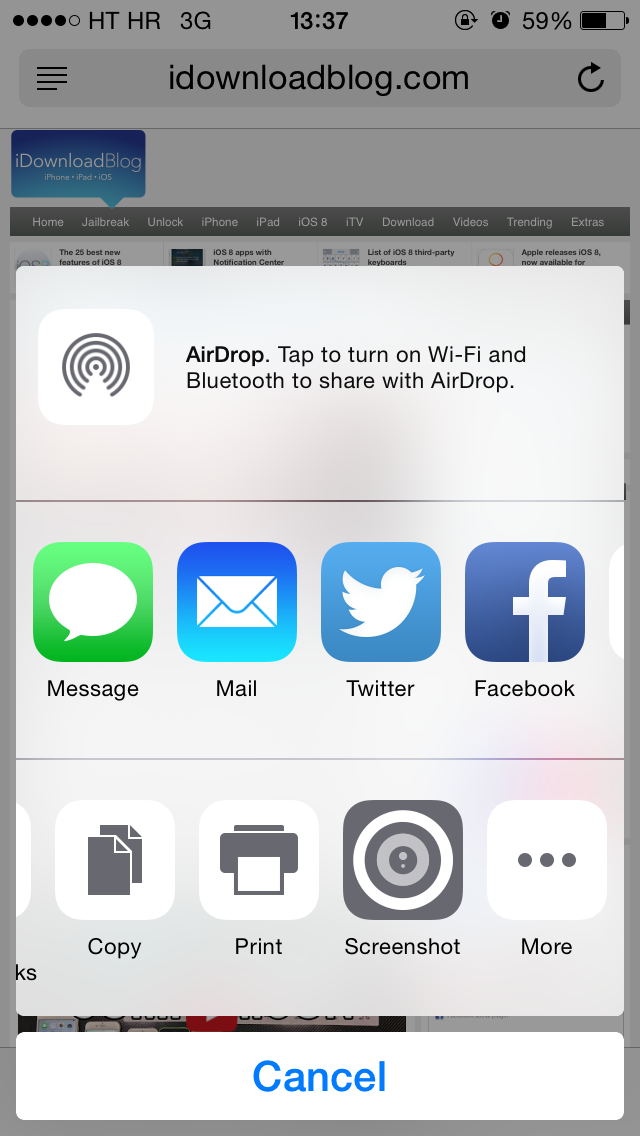 Awesome Screenshot for Safari lets you capture the whole webpage, or any portion, and even take full page screenshot that can span multiple pages vertically. You can then easily annotate screenshots with the line, circle, arrow and other annotation tools, blur sensitive information, add text, crop the image and more. 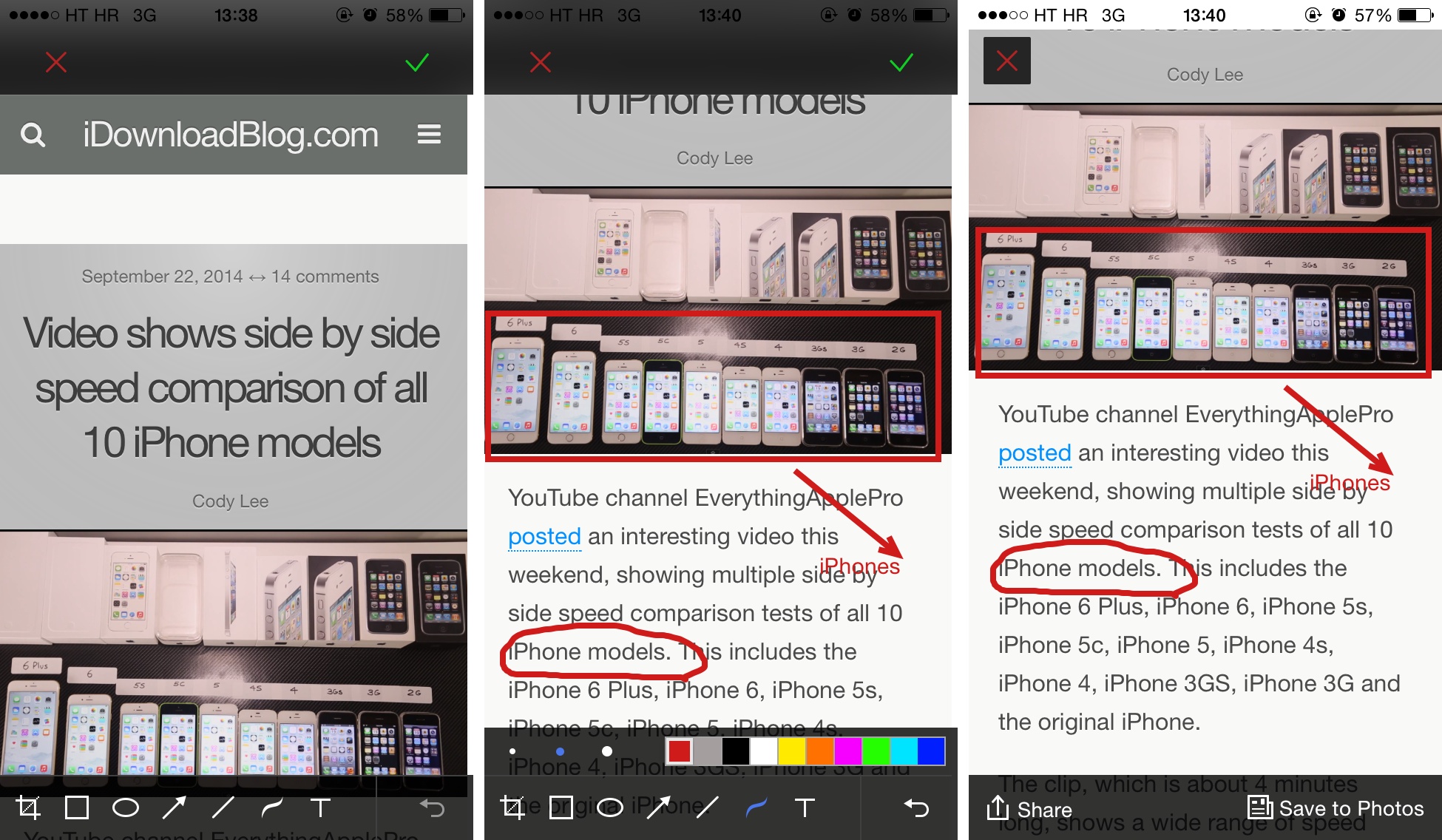 When done, just save the screenshot to your photo library or use Safari’s Share menu to save the captured image anywhere you want and share it using non-standard services such as Pinterest which have the iOS 8 Share extension available.

And here’s Jeff’s overview of Awesome Screenshot for desktop.

If you want to explore the Mac’s built-in screenshot-taking features and learn a few new tricks in the process, I wholeheartedly recommend checking out our extensive tutorial.

Awesome Screenshot requires iOS 8 and is available free of charge.

Isn’t this one of the greatest examples you’ve seen to date of iOS 8 extending its core functionality by way of extensions? I was immediately hooked up to App Extensions in iOS 8: the way they enhance the interoperability of iOS apps is definitely one of the killer features of iOS 8, at least for me.