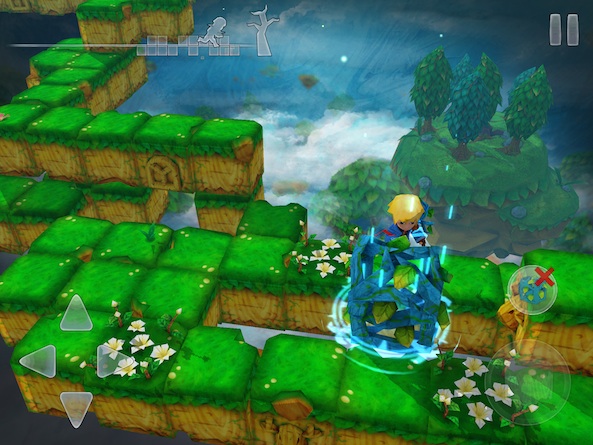 Fans of adventure games like Zelda and Oceanhorn will be happy to know that a new action adventure platform title has recently made its way into the App Store. It doesn’t have quite the same mechanics. In fact, it is a puzzle game more than anything. However, it will bring back memories of following a hero on an arduous adventure.

Almightree: The Last Dreamer is an adventure game that is part platformer and part puzzle. It appears there is a new genre in town and it is growing by the minute. Check out our game review of Almightree.

At the beginning of the game, players learn the history of our hero, the Last Dreamer, and why the world is falling apart, literally. He is able to give his energy to the Almightree saplings, which will eventually restore the world to its former fullness. This beginning section is reminiscent of adventure games like The Legend of Zelda and Final Fantasy. It is rich with storyline and makes you want to learn more about the world and its suffering.

The rest of the game takes place on single-block paths and small platforms. Players must race against time to find the Almightree sapling before the ground falls from underfoot. Along the way, you’ll be faced with holes in the path and walls that are too high to climb. You can use your special ability to transport (or “Plantsport” as the game calls it) a block from one location to another to help get you where you need to go.

Players move around using a virtual D-pad. Controls aren’t much of an issue, as you won’t accidentally fall off the edge. Your main concern will be figuring out which block to move where before it is too late. 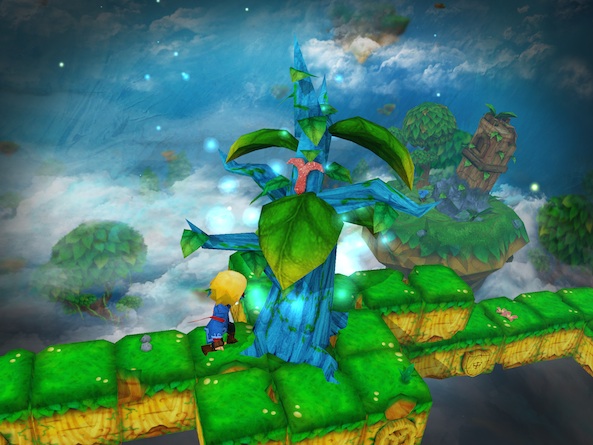 After learning about the crumbling world and how to save it by protecting the Almightree saplings, players head out. Select your level of difficulty and then select a map. I started the game in Easy mode and found it to be just simple enough on the first five maps to not give me a single challenge. However, things got a bit more complicated after that. I recommend starting in Easy mode at first and changing the difficulty level once you have a better understanding of the game’s mechanics.

You’ll start by running from one end of the path to the other. On the first level, players are just getting the hang of movement and the only real obstacle is accidentally going the wrong way.

As the levels progress, players will start using special powers, like Plantsportation. This power is the key to your ability to make it to the end of the path and is the mechanic used for the puzzle aspect of the game.

When you come across a hole in the path, you can select a spot you wish to transport a block to. Then, find a block that you can move and select it. The block will relocate to the destination you chose. This activity is required to get through all paths. The puzzle is in figuring out which blocks to transport and where to transport them.

If you lay down a Plantsportation portal, but decide you don’t like where it is located, tap the removal button just above the Plantsport add button on the right side of the screen.

If you actually move a block, you can still undo it. The double-arrows in the upper-right corner of the screen will allow you to undo any number of moves. So you can retry.

However, keep in mind that the world is crumbling. You only have a limited amount of time to find the sapling before the blocks under you collapse and you fall into oblivion. 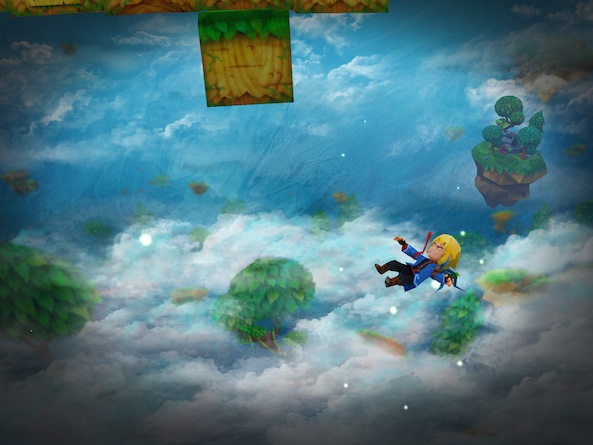 I love the combination of platformer and puzzle game. The graphics are fun and have an adventurous theme. The puzzles are challenging without being too hard. If you find that they aren’t hard enough, you can always increase the game’s difficulty level.

Although the controls don’t have too much of an affect on the overall gameplay, I noticed that I would oftentimes overshoot a block and have to move back one square.

Almightree: The Last Dreamer costs $1.99. I’d say it is the perfect price for this game. In some ways, it feels like an epic adventure platformer, but in others it is simply a puzzle game. I would have still recommended it at $2.99, but I’m glad it is priced to move.

This game is definitely fun and has an interesting mechanic. Fans of platform games will enjoy this twist on the genre. Fans of puzzle games will appreciate the challenge. This game is available on the iPad, iPhone, and iPod touch. Download it in the App Store today.

It plays completely different, but this game reminds me a bit of Oceanhorn in the way it looks.

What do you think of Almightree? Let us know in the comments below.