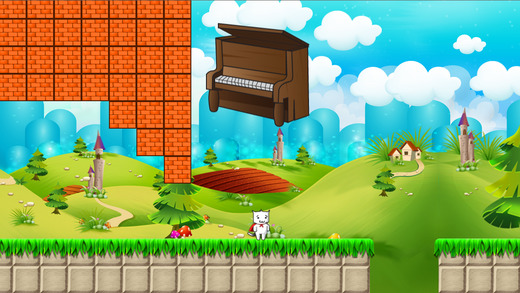 As a kid, Super Mario Bros was my go-to game after school. I spent many hours jumping, brick breaking, and spitting fireballs while my thumbs cramped up from too much gaming. So, platformers have a special place in my heart, especially when they have a similar look and feel to my favorite childhood game.

Super Kitty is a sort of platformer that has plenty of iconic imagery from Nintendo’s flagship game. However, you won’t be able to enjoy the mechanics of jumping, brick breaking, or spitting fireballs because you’ll be too busy getting tricked into dying.

A message from the game’s developer, Dan-ionut Chis, explains that Super Kitty was inspired by the game Cat Mario, which I have to admit had never heard of and know nothing about. However, when playing this game, I found myself both annoyed and amused. So, it won me over.

In a way, Super Kitty is like a game of memory. Each section of a level has a different prank. For example, in the first few frames, players must break a stack of bricks that extends upward. In the first frame, the bricks perform as expected. Jump to break one, then the other, and then another. Jump on the platform and move on. In the second frame, when you jump to break a brick, the entire stack comes crashing down on you. 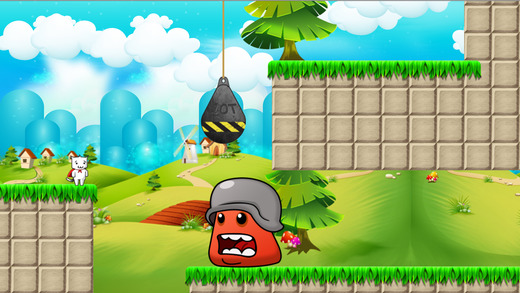 It goes on like this throughout the game. In some frames, the floor drops out from under you. In others, rockets fly out from pipes. In others, a hidden box appears right when you try to jump and it knocks you into a pit. You just don’t know until you’ve died and have to start all over again. 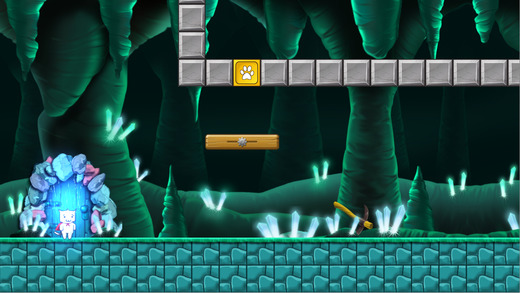 If you reach a checkpoint, you can start from that moment to continue the game. However, it costs checkpoint restart tokens. You’ll get five to start off and can watch a video advertisement to get more for free. Or, you can buy tokens through in-app purchases. Really, if you have patience and a sense of humor, you can play the whole game without restarting at a checkpoint. Just know that, no matter what you think is right, you’ll always die in the next frame. Always.

Super Kitty is available for free with advertisement support. Download it in the App Store today.

What do you think of Super Kitty? Let us know in the comments below.