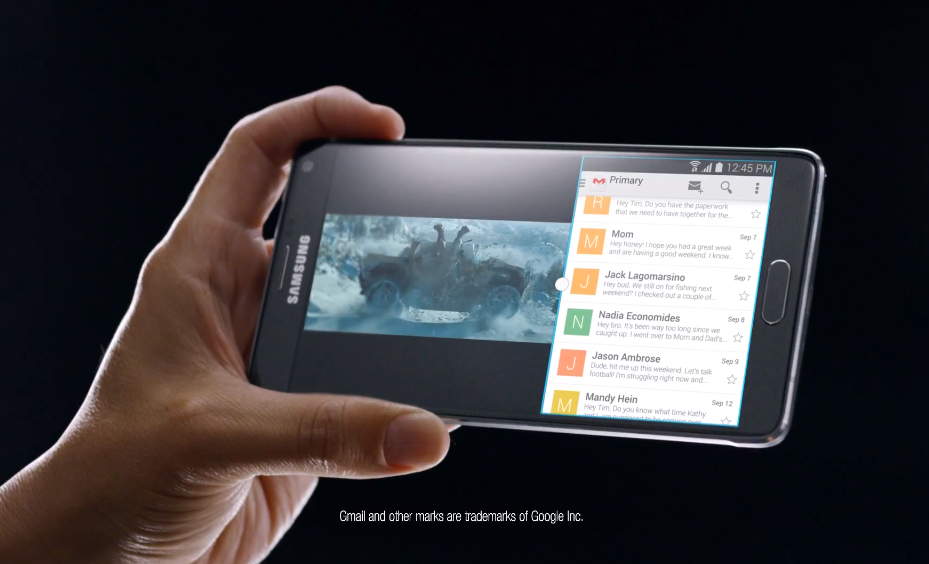 Samsung began airing a new TV spot this weekend for the Galaxy Note 4—its new flagship handset that begins shipping next month. Like most of the company’s recent ads, this one goes after Apple, with a specific focus on its just-announced iPhone 6 Plus.

Titled “Then and Now,” the commercial points out that while Apple prepares to begin selling its first handset with a display over 5 inches, Samsung has been doing it for years with its Galaxy Note line. It essentially calls the iPhone 6 Plus a Note imitation.

Since Apple’s big iPhone event last week, Samsung has been on the marketing war path, posting a number of ads in a series called “It doesn’t take a genius.” In the series, Samsung criticizes Apple over its live stream issues, the iPhone 6, and the Apple Watch.

I’m curious as to what you think of Samsung’s new ad, and recent marketing strategy in general. Is it effective?