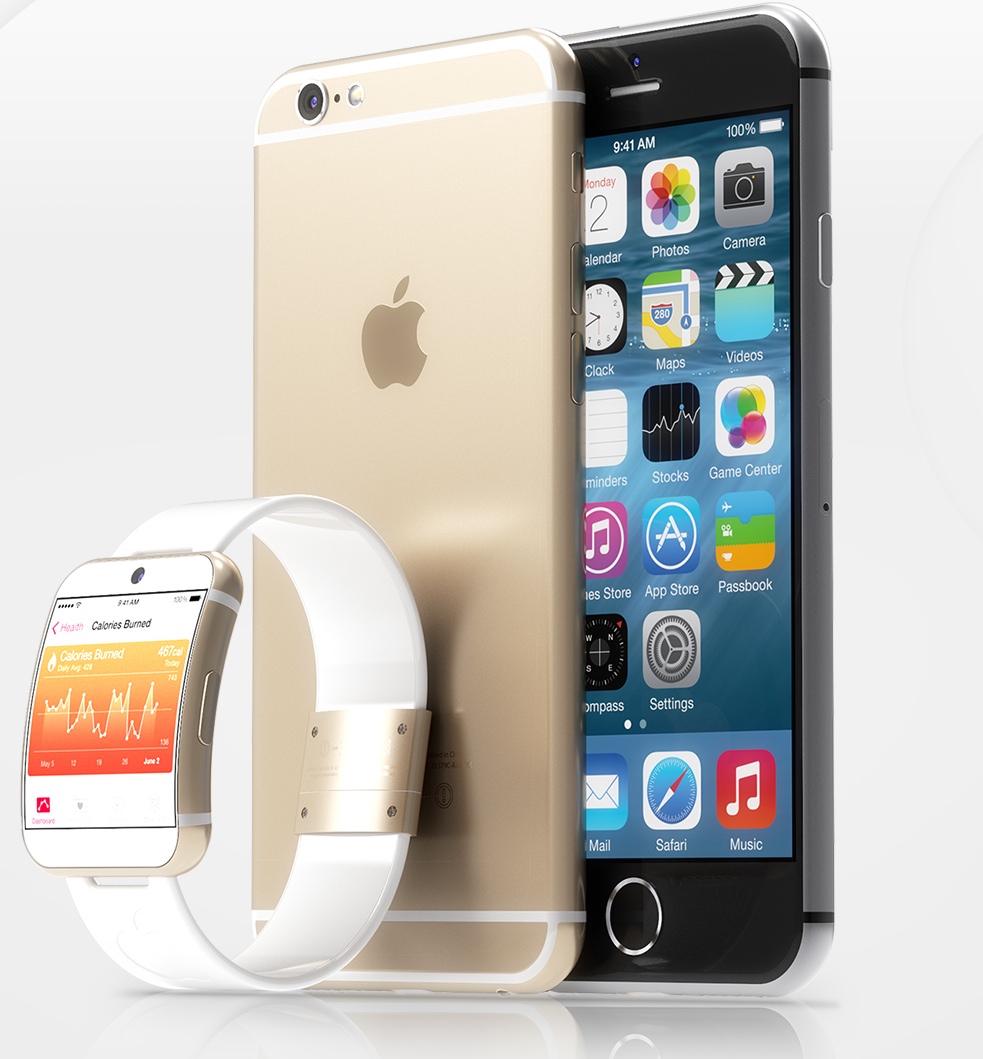 According to a new report that KGI Securities analyst Ming-Chi Kuo released to clients Thursday morning, the rumored Apple wearable device that Re/code said would get announced next Tuesday alongside the iPhone 6 will come outfitted with a whopping eight gigabytes of storage, with its yet-unknown processor thought to pack in 512 MB of RAM (of the LPDDR3 variety), like the iPhone 4/4s.

According to AppleInsider which has obtained a copy of the analyst report, the device should be available in a gold finish (”to add a luxury image to the product”) and aluminum variants (“as it has been widely used in Apple products”), as well as two sizes — one with a 1.3-inch screen and the other featuring a larger display measuring 1.5 inches diagonally — which matches up with previous reports calling for different iWatch sizes for men and woman.

Featuring rectangular rather than rounded design seen on Motorola’s Moto 360 smartwatch, the analyst noted that Apple’s wearable device is unlikely to hit store shelves before 2015 due to a mass-production delay caused by ”both software and hardware design challenges”.

Furthermore, Kuo expects two screen sizes and a range of color finishes and choices of materials, including a gold option. Finally, the analyst expects there to be “a number of holes on the back side of the device that can be used to monitor users’ vital health signs such as heart rate”. 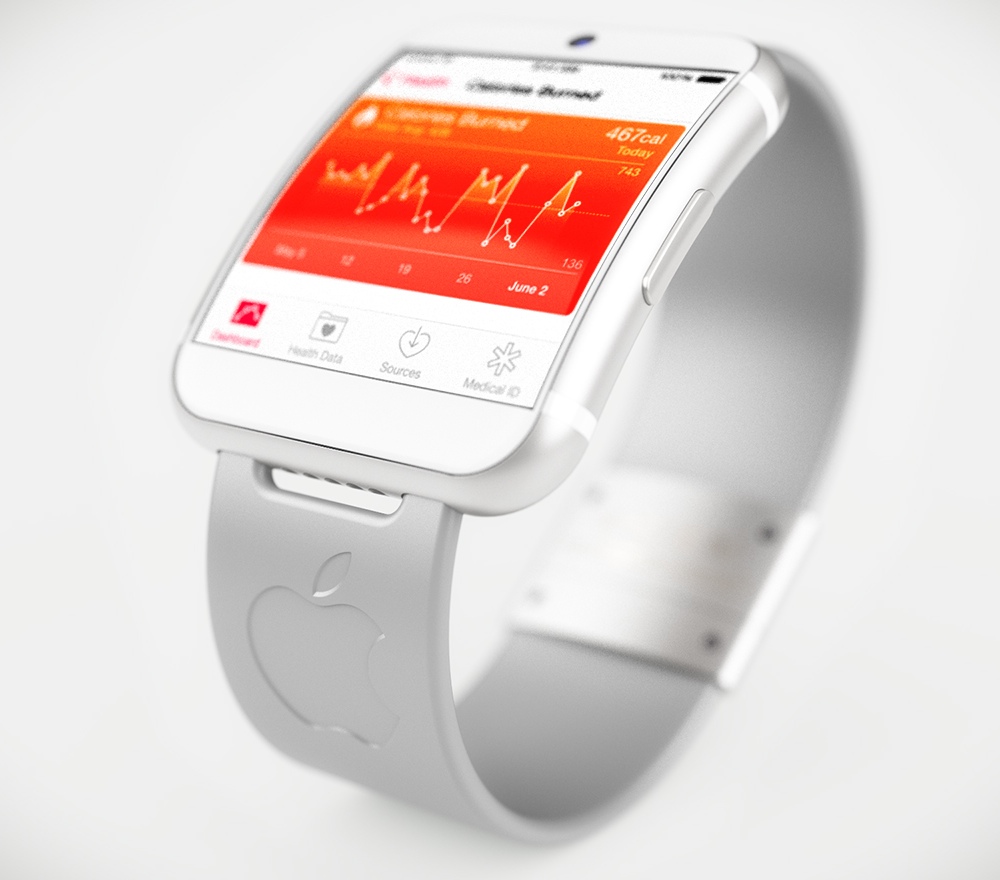 The device should include some rather advanced features uncommon on your typical smartwatch, such as eight gigabytes of storage. Strangely enough, Kuo doesn’t expect Apple to leverage multiple storage tiers as a differentiator, like it does with iPads and iPhones — and plenty successfully, if I may add. 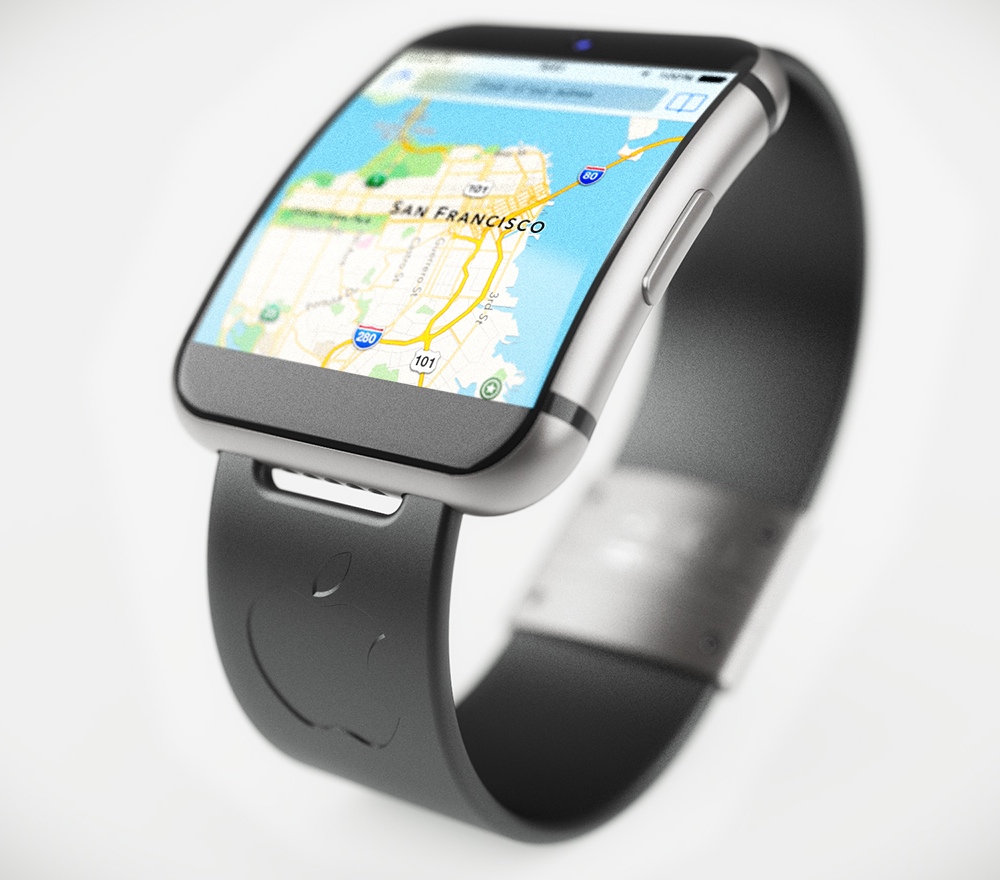 Yesterday, Apple’s Senior Vice President of all design across the company, Jony Ive, told The New York Times’ Nick Bilton that Switzerland-based watchsmits are “in trouble” (he actually used a “much bolder term”) in describing how cool he thought the iWatch was shaping up to be.

What’s your read of these assumed iWatch specs?

Is Kuo expecting too much or is iWatch really going to feature eight gigabytes of storage and be offered in multiple material and color options?

If you ask me, hardware specs alone indicate strongly that the iWatch could be a standalone device after all, rather than a companion device which must be tethered to an iPhone.