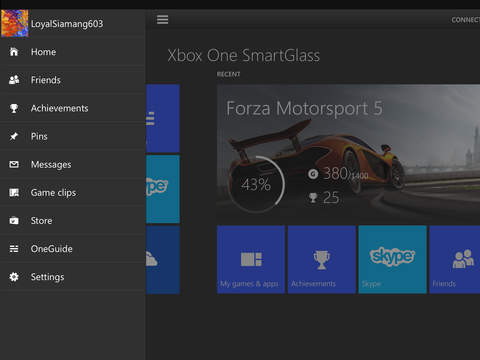 Less than two weeks following an update which has enabled Xbox One owners to install games on their console remotely, using their iOS device, the Windows giant Microsoft today pushed another update adding nearly a dozen cool new features.

For starters, the free iPhone and iPad application now allows you to record game clips remotely, too.

The app is now available in more markets than before, as are TV and OneGuide features.

Release and feature notes pertaining to Xbox One games can now be browsed inside the app as well, and you can now display incoming messages from other console owners in an all-new conversation view.

Microsoft previously announced that the live TV streaming feature is being worked on. Called ‘Stream TV to SmartGlass,’ it’s scheduled to launch first in the territories that are getting the new Xbox Digital TV Tuner for the console in October.

Download Xbox One SmartGlass app free in the App Store.

The 25.9-megabyte download requires an iPhone, iPod touch or iPad device compatible with iOS 6.0 or later.