Apple must be planning big announcements for the September 9th media event that members of the press just got an invite to. Not only is the capacity of the Flint Center much larger than Apple’s usual product unveiling venues, but the Cupertino-based company is constructing its own building on the Flint Center grounds as part of the event.

Jim Dalrymple, a well-plugged in Apple blogger, theorizes this extra building could be the hands-on area that Apple typically has for attendees after the event. Also of note, security is very tight around the construction and no one can see what’s going on inside. What could Apple be so keen on hiding, even after so many iPhone leaks? Well a wearable of course. Remember, the original iPad was unveiled to no part leaks. 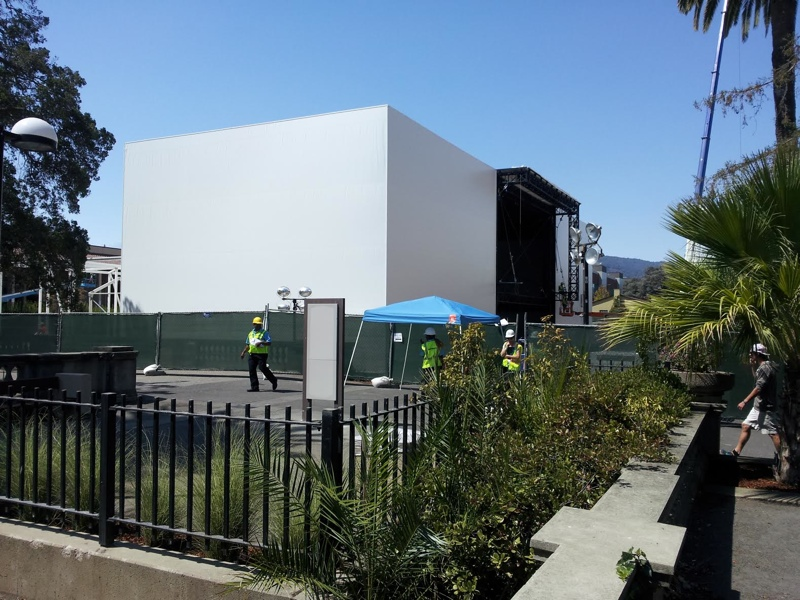 Apple is believed to unveil two new iPhones at the event – a version with a 4.7-inch screen and one with a 5.5-inch screen. Furthermore, Recode reports Apple has plans to finally take the wraps off a wearable at the event, as well. Wouldn’t it makes sense for Apple to pack the event for its next-generation product?

[The Loop, bottom image via MacRumors]