Two of the top-electronics manufacturers LG and Samsung took the wraps off two new smartwatches on Wednesday evening, hours after a major report pegged Apple’s iWatch debut for September 9 instead of later this year.

LG was the first to make an announcement on Wednesday at the IFA electronics show in Berlin, showing off the G Watch R that features a 1.3-inch plastic OLED display, 4GB of storage, a 1.2GHz Snapdragon 400 processor from Qualcomm, and 512 MB RAM. It also has fitness features that allow you to track your heart rate, and the G Watch R is relatively stylish with a leather band.

Furthermore, Samsung essentially launched a phone within a watch with its new Gear S. The South Korea-based electronics giant is branding it as “the smartphone experience to the wrist.” The Gear S features a 2-inch curved Super AMOLED display with changeable straps and ability to customize the screen. Obviously, it features 3G connection along with Wi-Fi and Bluetooth, and has a built-in accelerometer, gyroscope, compass, heart rate sensor, and barometer. 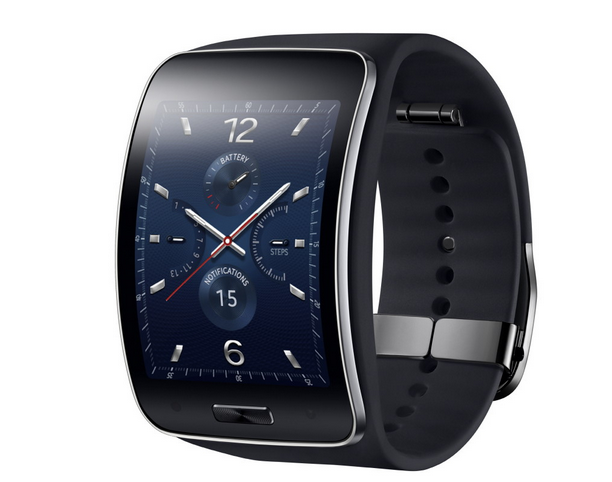 ​“Samsung is leading this exciting and rapidly developing wearable category through progressive innovation,” JK Shin, CEO of Samsung Electronics, said in a media statement. “The Samsung Gear S redefines the idea of the smart wearable and the culture of mobile communication. It will let consumers live a truly connected life anywhere, anytime.”

The Gear S also has an on-screen keyboard for replying to texts. Samsung no longer uses Google’s Android OS for its wearables, opting for its own Tizen OS which has a built in application marketplace.

LG has plans to ship the G Watch R in early Q4, and Samsung will begin shipping the Gear S through mobile carriers in October. No pricing has been detailed.