Apple just updated several of its applications for both iOS and OS X with the usual “stability improvements and bug fixes”, but after looking into it more closely, it seems there is more to the updates than the changelog shows, with apparent iCloud compatibility improvements.

If these update look benign on the surface, it seems they do improve iCloud compatibility…

Until today, and since upgrading to iCloud Drive a few weeks ago, I was unable to access Pages, Numbers, or Keynote documents in the cloud from the respective apps on iOS 7. Since updating these apps a few minutes ago, I was able to regain access to all my documents, despite popups prompting me to upgrade to iOS 8. 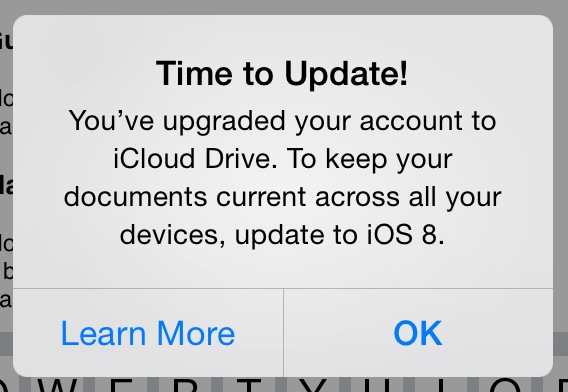 Also interesting is the timing of the iCloud outage we reported earlier today. Since the service has been restored, I am also able to access my documents from iCloud.com, something I haven’t been able to do since upgrading to iOS 8 and iCloud Drive in June. Yet, other iDB editors are unable to access iCloud.com documents “due to account maintenance.”

Although it is not official, I believe updates made to Pages, Numbers, and Keynote today were made to improve iCloud compatibility.

Have you updated these apps yet? If so, what is your take on it?