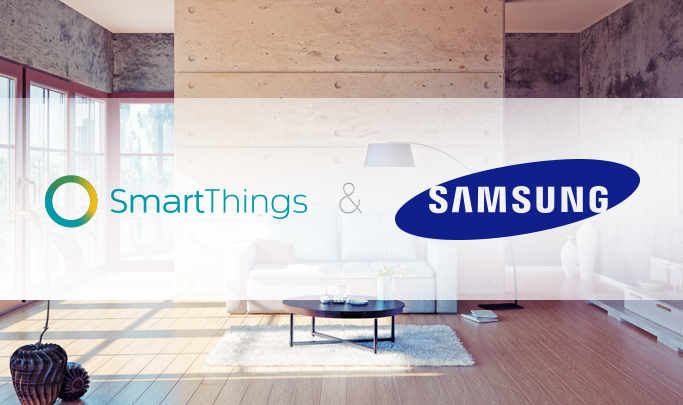 With much of the ‘next big thing in tech’ talk focused on wearables and mobile payments, it’s easy to forget about the connected home. But all of the major tech companies are making major moves in this space, including Google, Apple and now Samsung.

Following Google’s Nest acquisition and Apple’s HomeKit unveiling, Samsung announced this week that it has purchased smart home startup—and former Kickstarter sensation—SmartThings. The money is said to be in the neighborhood of $200 million…

Recode was first to report on the deal, and it was later confirmed by SmartThings’ Alex Hawkinson:

We believe that there is an enormous opportunity to leverage Samsung’s global scale to help us realize our long-term vision. While we will remain operationally independent, joining forces with Samsung will enable us to support all of the leading smartphone vendors, devices, and applications; expand our base of developers and enhance the tools and programs that they rely on; and help many more people around the world easily control and monitor their homes using SmartThings.

For a better idea of what kinds of things the company is working on, checkout their Kickstarter video:

Following completion of the deal, the SmartThings team will move to the Samsung Open Innovation Center in Palo Alto. As said in the above statement, it will continue to operate as a separate company, and Samsung says it intends to keep the platform ‘open.’

Samsung, of course, already offers a wide range of so-called ‘smart’ appliances, but they haven’t been very widely adopted thus far. Buying SmartThings was actually a really smart move for the firm, and it’ll be interesting to see what it does with the company’s tech.

Apple, for its part, unveiled its smart home platform ‘HomeKit’ during its June WWDC event, and plans to launch it alongside iOS 8 this fall. Few details are known about the project, but it looks like it’s going to need strong third-party support to make any waves.