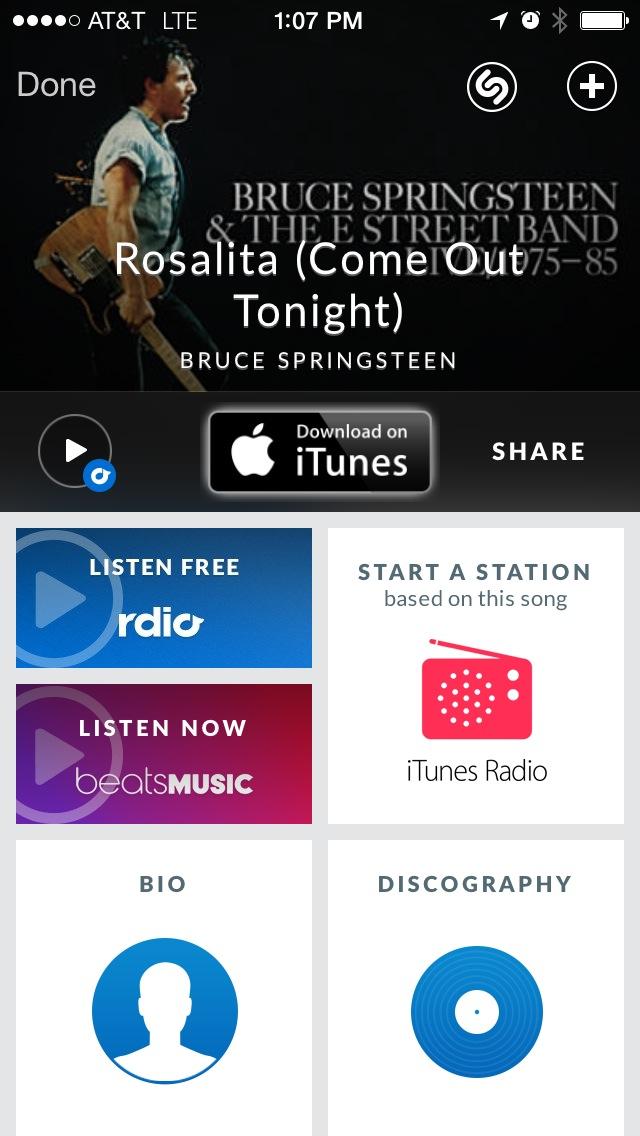 When Apple unleashes iOS 8 for public consumption come this Fall, music lovers will be invited to take advantage of Siri’s new and awesomely seamless Shazam integration which lets you identify songs playing nearby simply by asking “what’s playing”.

According to eagle-eyed reporters, it appears that Shazam has now added Beats Music integration to their free iPhone and iPad app…

Apple, as you know, is buying Beats Electronics and Beats Music for a whopping $3 billion and it’s been actively promoting Beats headphones on its online store and pushing the subscription-based Beats Music service to new iOS device owners.

Shazam’s Beats Music integration was first spotted and tweeted by Chris Herbert, a reporter for the MacStories blog. The feature has since been confirmed by Shazam itself.

“We are trying Beats Music streaming service in the U.S.,” reads Shazam’s website.

By all accounts, this new feature first surfaced in Shazam’s most recent app update issued a few days ago. The current 7.7.2 version makes no mention of Beats in release notes.

Shazam already integrates with Spotify, iTunes Radio and Rdio, allowing users to play tagged songs in these music-streaming services. the upcoming Beats Music integration in Shazam requires a Beats Music subscription, though a 14-day free trial will do, too.

Joining the conversation, MacRumors editor Eric Slivka cautioned that a link at the bottom of this support document points to a non-existent article that’s obviously meant to provide more information about the Beats and Shazam combo when the feature goes live.

At any rate, it ‘ll be interesting seeing how this plays out as this neat little addition improves your Shazam experience even further. 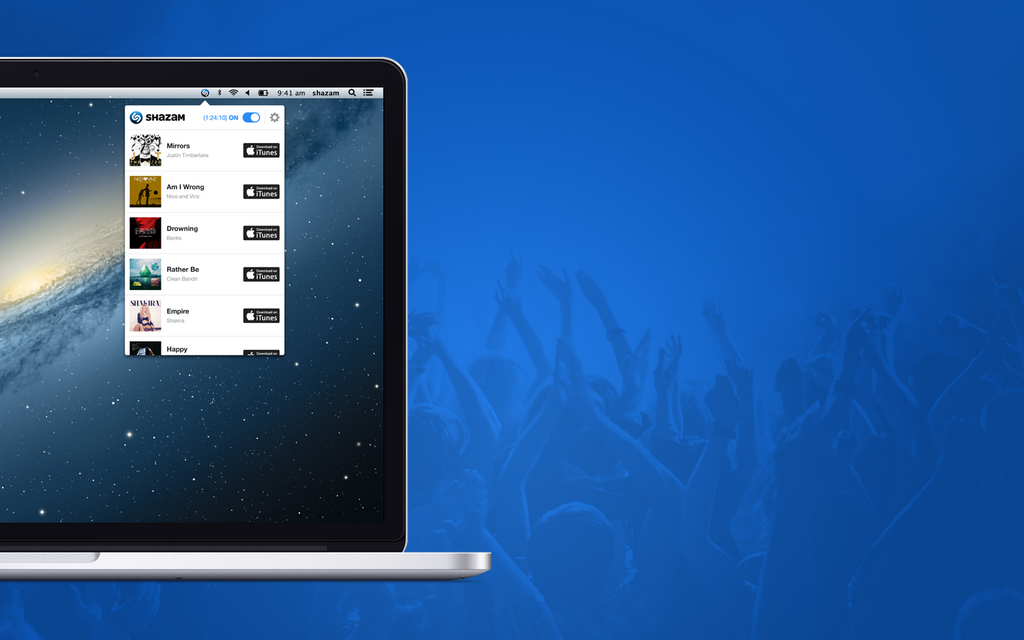 Come this Fall, Shazam will become a major Apple partner and iOS 8 data provider. And as Apple now owns Beats Music, work is reportedly underway to migrate all Beats systems to iTunes servers.

On a final note — though I still can’t believe it, but Shazam has recently released an always-listening native Mac client. Pictured above, the program sits in the menu bar, dutifully identifying songs playing in the room.