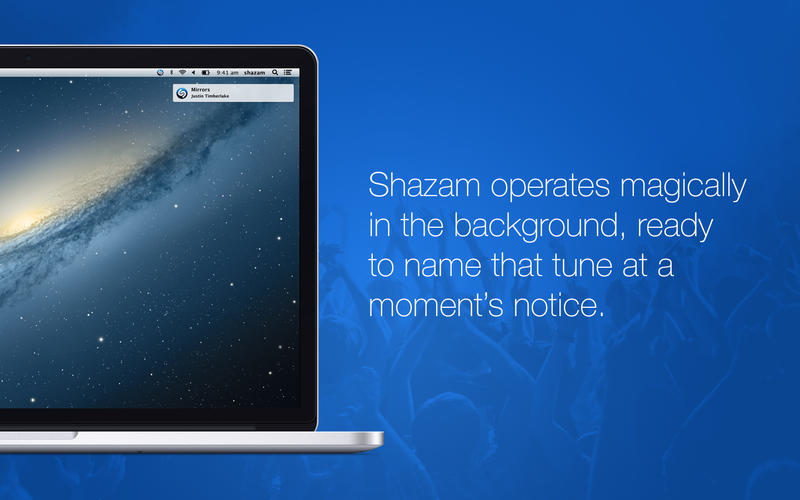 Popular audio identification service Shazam launched a new application for the Mac this morning. It lives in the operating system’s menu bar, and offers a lot of the same features seen in its iOS counterpart, with a few new tricks.

Because it resides in the menu bar, Shazam for Mac is always-on and constantly running in the background listening for audio to identify. Once it recognizes a track, the app offers quick access to lyrics, song info and downloads… 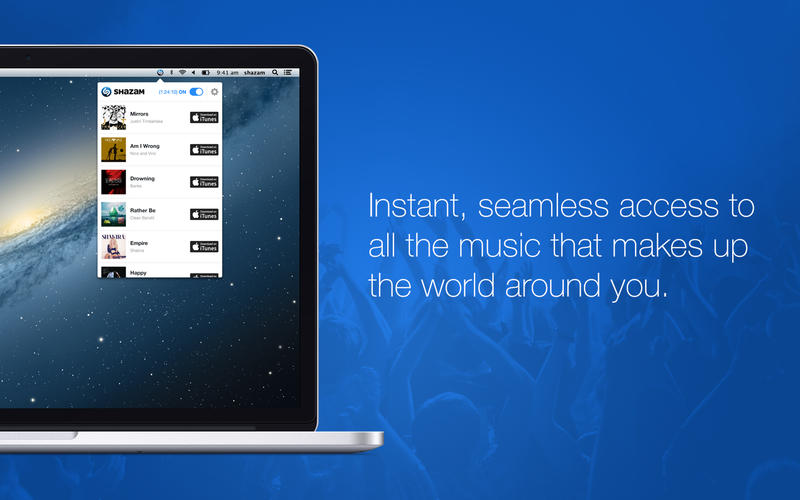 Users are alerted by a standard Notification Center popup when audio has been identified. If it’s a song, clicking the popup takes you to a dedicated page on Shazam’s website with lyrics, music videos, iTunes download links and more.

If the audio is from a TV show, clicking the popup brings up cast lists and other data from IMDB and Wikipedia. As with music, TV show identification is limited to Shazam’s library, which it says is currently some 160 US TV channels.

Recognition is about as accurate as you’ve come to expect from Shazam. In my testing, the app was able to recognize all of my iTunes music, but I noticed that it struggled to identify more obscure songs from YouTube and SoundCloud.

If you want to check it out, you can find the Shazam app in the Mac App Store for free, and if you don’t already have it, here’s a link to the iOS app as well. It’s also worth repeating that Shazam’s ID tech is being built into Siri for iOS 8.