Amazon has been testing a new subscription service dubbed “Kindle Unlimited,” said to bring unlimited access to 600,000 e-books and thousands of audiobooks on any device for a flat fee of just ten bucks per month. That’s according to company webpages that have been pulled down yesterday.

The service appears to provide unlimited access to both books from Amazon’s publishing imprints and those that were already available through Amazon’s Kindle Owners Lending Library, including such titles as the Hunger Games, Lord of the Rings and Harry Potter series…

Users on the KBoards Kindle forum (via MacRumors) claim Kindle Unlimited will be accessible on all Kindle-compatible devices, including the iPhone and iPad.

Amazon’s test page and mini-site may still be accessible via Google Cache here and here. I screenshoted some of the books that were listed as available on the Kindle Unlimited service. 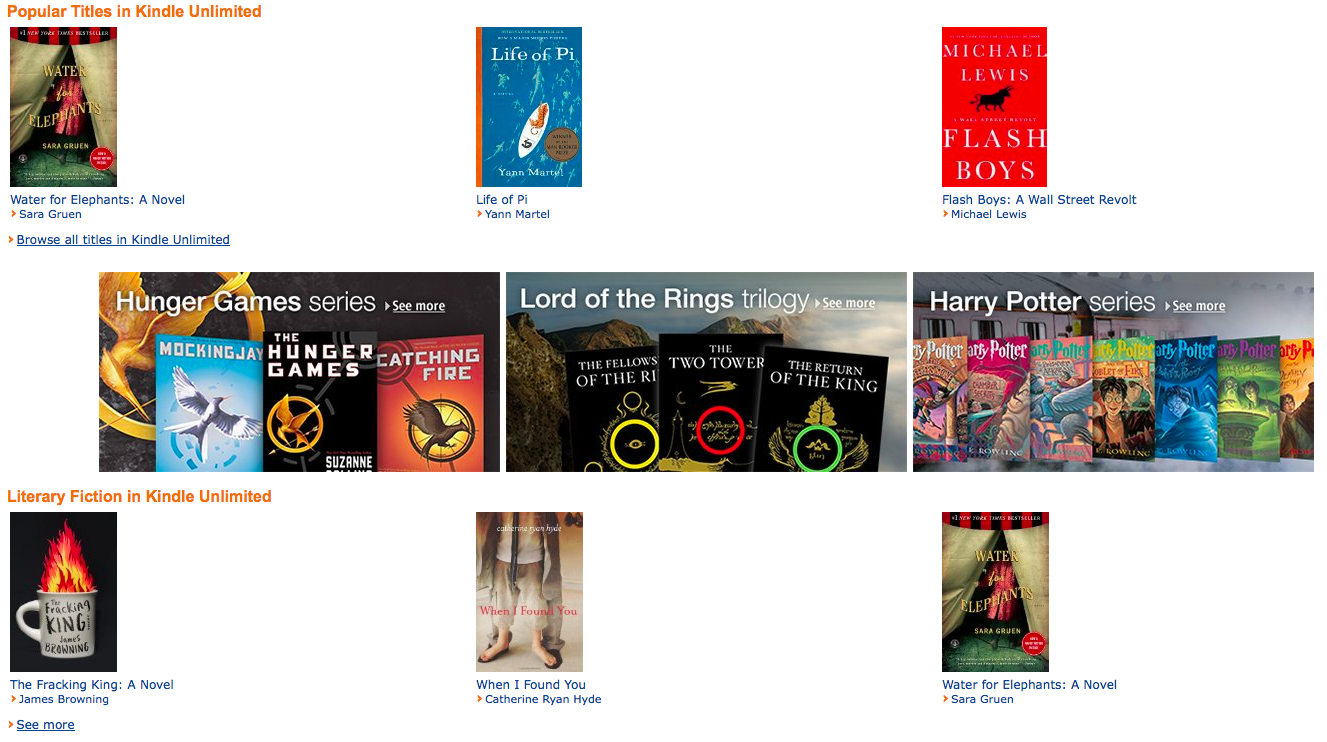 “Enjoy unlimited access to over 600,000 titles and thousands of audiobooks on any device for just $9.99 a month,” reads the now pulled teaser graphics pictured top of post.

It’s difficult to gauge how Kindle Unlimited might compare to Amazon’s $99.99 per year Prime subscription service which offers Kindle-owning customers to rent 500,000 e-books, as well as stream music, movies and television shows, take advantage of free two-day shipping and enjoy other perks.

This is known as Kindle Owners’ Lending Library and the main difference between it and Kindle Unlimited is that the latter appears to be a standalone service which not only offers unlimited reading, but also audiobooks.

Another GigaOM article details how Kindle Unlimited authors get paid and researches how Amazon’s service compares to competition.

Meanwhile, we’ll make sure to keep you updated as we learn more and inform you when Kindle Unlimited goes live.

Do you think you’ll be giving this service a try when it launches?