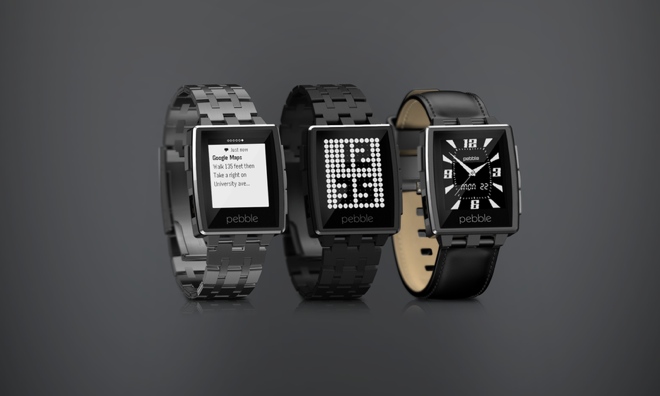 Nearly a month into its most recent firmware update which has brought out a much-needed music volume control and Launcher item ordering, the maker of the Pebble smartwatch on Tuesday issued another firmware update while refreshing its companion iOS app with smaller changes.

The Pebble 2.3 software update brings improved Bluetooth performance and, more importantly, enables the ability to quickly skip to the next notification by double clicking, in addition to other tweaks…

As mentioned, the software update sports improved Bluetooth LE connectivity, various stability improvements and fixes and notification skipping with a double-click of the smartwatch’s up or down button.

This new feature lets you quickly jump to the next notification if the current one you’re viewing requires scrolling to see all the content.

As before, if the notification you’re viewing is short and displays entirely on your Pebble, a single click is all it takes to go to the next one.

Pebble’s companion iOS app has been bumped up to version 2.2.2, offering additional JavaScript apps downloadable from the Pebble appstore.

The Pebble app is available free in the App Store.