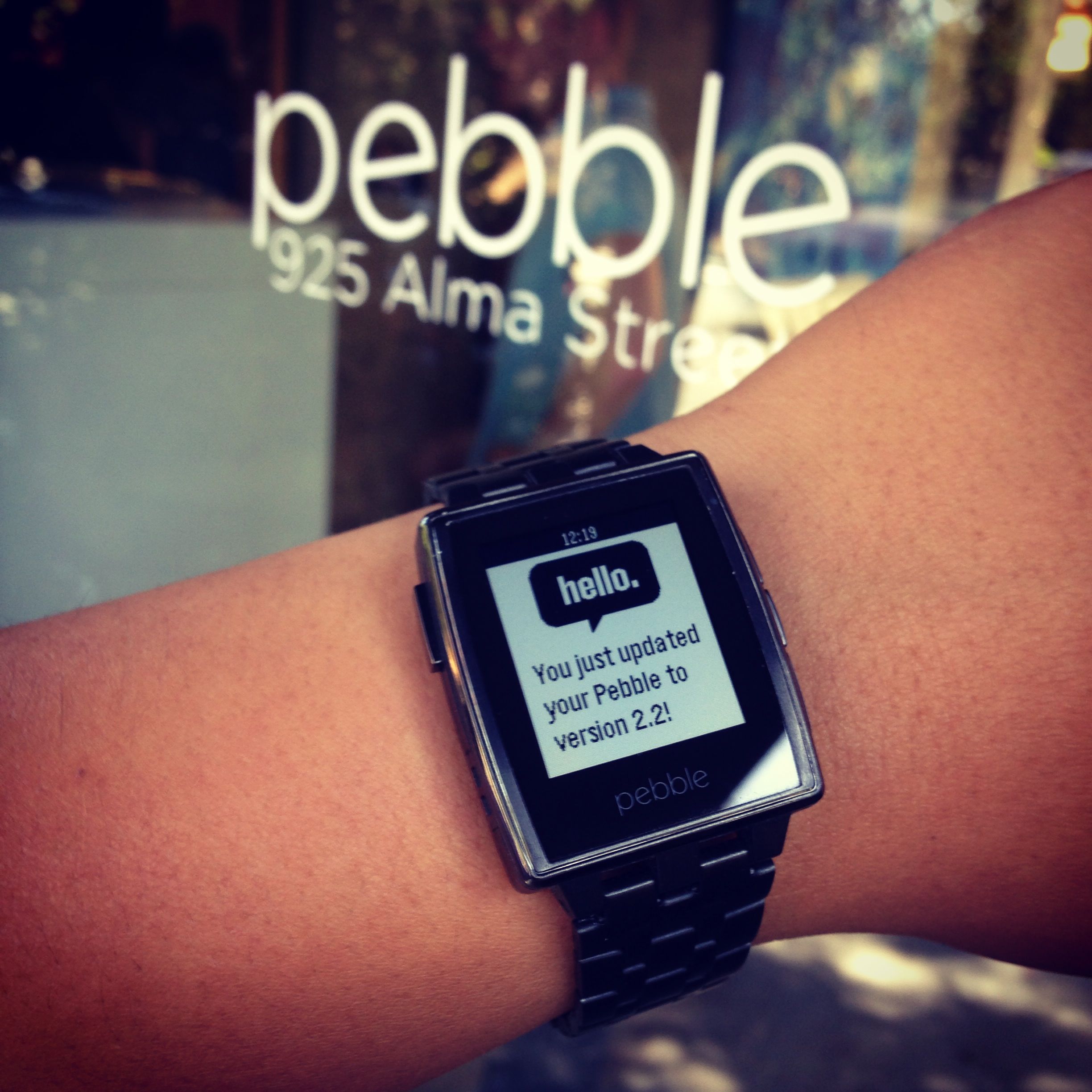 Pebble released a new firmware for its smartwatch line that enables two new features dealing with the App Menu and music playback controls, alongside a few other minor improvements.

The new 2.2 firmware finally enables the volume control for music playback, something the company first demoed in the Pebble Music app months ago.

In addition to music controls, the software makes it easy to rearrange the items in the Launcher Menu.

The refreshed firmware is available through Pebble’s companion iPhone app, available free in the App Store and updated to the latest version last week…

Check out the music volume controls in action.

As for the App Menu organization, you just press and hold the device’s Select button while in the Launcher.

The icons will start to wiggle, at which point you can move a menu item up and down the list as you see fit.

There’s a Vine clip for that, too!

• The Launcher Menu is now re-orderable. Hold the Select button to re-position a menu item.
• Volume control in the Music app. Hold the Select button while in the app to launch volume controls.
• Music app redesigned: fixes layout issues and adds a track progress bar (progress bar is iOS only).
• Alarm now vibrates for 10 minutes instead of 1 minute.
• Bug fixes and stability improvements.

And with iBeacon now officially supported, the Pebble can detect when it’s in close proximity to an iOS device. This short-range sensing uses low-energy Bluetooth 4.0 networking so “impact on battery life is negligible.”

The companion iPhone app is available free in the App Store.

Simply fire up the app with the Pebble paired to your iPhone and it will detect the latest firmware and offer to update your smartwatch.