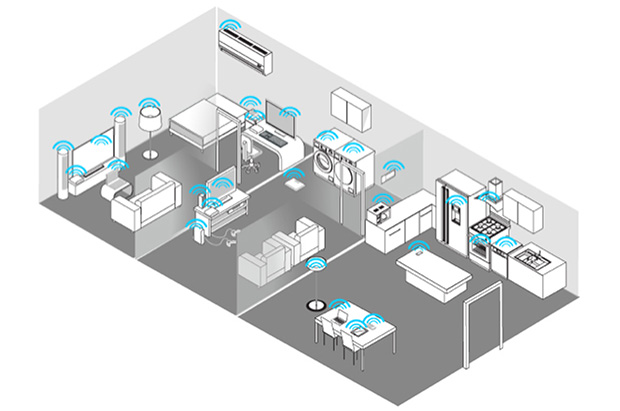 As the smartphone, tablet and personal computer markets become increasingly saturated, Apple is said to be planning to expand its foray into the home. A new report, citing unnamed sources, claims that the iPhone maker has assembled a team to work on different hardware products for the home that would be closely integrated with Apple’s existing lineup of devices…

The well-connected blogger Mark Gurman of 9to5Mac writes that while Apple is beyond the exploratory phase of development for these products, the plans could be paused at any time. It remains unclear what types of hardware that Apple is working on, but Gurman has heard that the products will have a lot of potential for “mainstream” usage.

Apple is said to be looking beyond simply competing with Google-owned Nest Labs, which sells connected thermostats and smoke detectors, instead focusing on products that would have wider usage throughout the home. Gurman’s sources say it is likely that Apple is working on an advanced speaker system or control panels for the home, and its recent acquisition of Beats could play a role in that.

At its WWDC keynote earlier this month, Apple introduced a new platform for smart home accessories called HomeKit. The framework will make it easier for connected devices in the home to be controlled by iOS devices, apps or Siri. Apple has made available several new HomeKit APIs for developers, alongside the iOS 8 SDK, and hardware developers can create accessories through the Made for iPhone program.

Last month, we heard that Apple has plans to certify more connected home accessories through the MFi program. The company does have a Connected Home accessories page on its online store, although the selection is limited to products like the Philips Hue connected lightbulbs, iGrill mini smart grilling thermometer and even the Google-owned Nest thermostat and smoke detector.

Apple is slowly gaining a feel for the connected home market, so it could be a while before these hardware products are released. The company is already focused on making a more aggressive push into the health and fitness market, with multiple reports claiming that it will release its first wearable in October alongside its new Health app and HealthKit platform.

Are you excited to live in the smart home of the future?