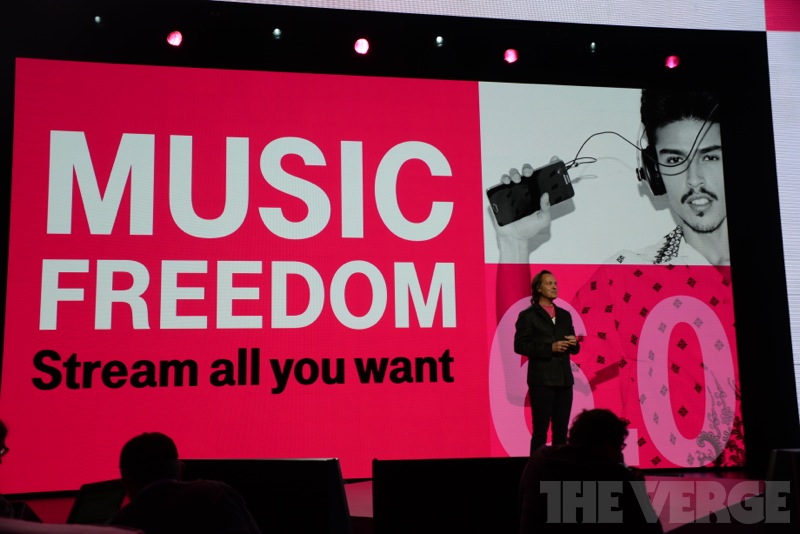 Unradio is an interesting new streaming music service from T-Mobile and Rhapsody that addresses “major pain points” of other services, and Music Freedom allows users to stream music without it hitting their monthly data allowance.

Keep reading for a full breakdown of both programs…

Unradio is a joint venture between T-Mobile and Rhapsody that lets you replay tracks, listen to whatever specific song you want, and skip as many songs as you want in rotation. There’s no advertisements, and users will be able to listen offline. 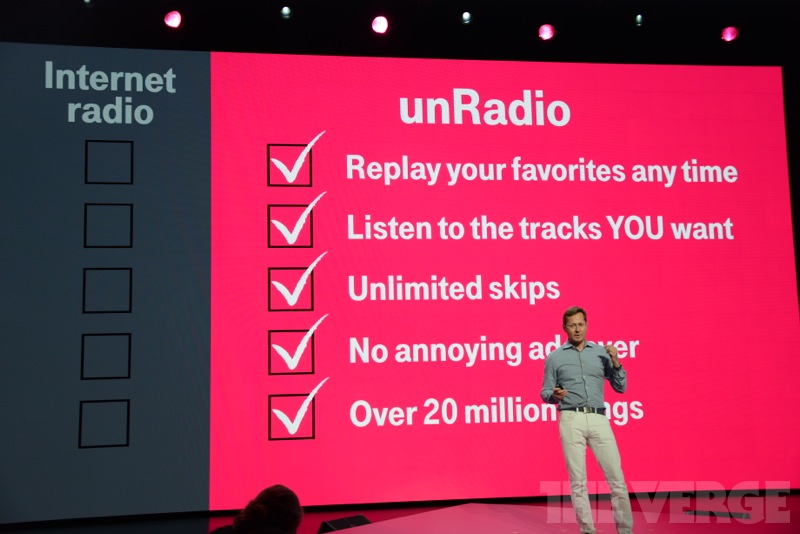 The service will be free to those with T-Mobile’s Simple Choice Unlimited plan (which is $80 per month), and $4 for all other T-Mobile users. Outside of that, anyone can subscribe for $4.99 per month, which is comparable to Pandora One.

While Rhapsody’s user base is minuscule compared to the likes of Spotify (1.7 million paid subscribers vs. 10 million), it does have a healthy library of over 20 million songs. The Unradio service and mobile apps will become available on June 23rd.

T-Mobile’s CEO John Legere says that “every single note starting right now [from selected music services] will come free for T-Mobile customers” —even after they exhaust their data bucket. The company is calling this new initiative ‘Music Freedom.’ 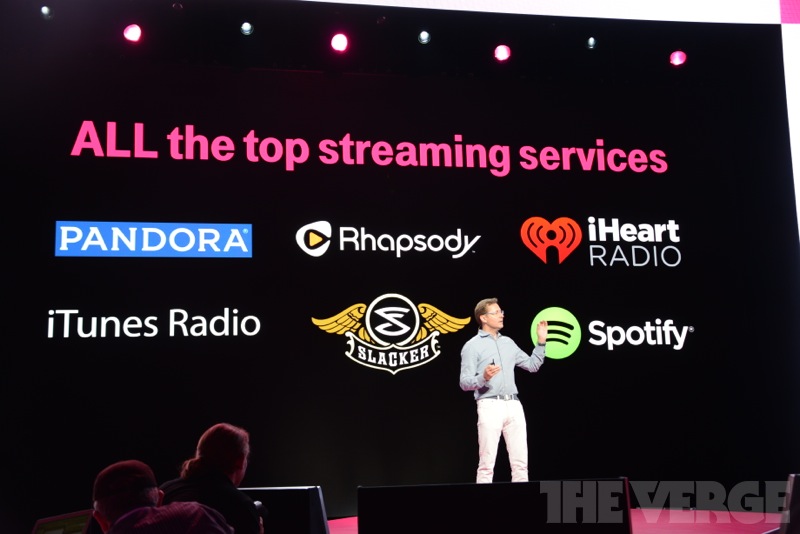 The list of Music Freedom-compatible services currently includes Pandora, Rhapsody, iHeartRadio, iTunes Radio, Slacker, Spotify, Samsung’s Milk, and an upcoming service from Beatport, and the carrier says it plans to add other services in the future.

T-Mobile of course doesn’t charge for overages, but it does throttle data speeds once users hit prescribed limits, so you can see how this new program could be appealing to music lovers. It has, however, raised some serious concerns in the Net Neutrality debate.

Ultimately, I don’t think that Unradio will be a game-changer—other carriers have offered music service deals in the past—but the Music Freedom initiative is interesting. I wonder if other providers will follow suit, along with additional services like Netflix.

I’m not sure if that’s a good thing or bad thing though. What do you make of T-Mobile’s new ‘uncarrier’ announcements?

Images via The Verge