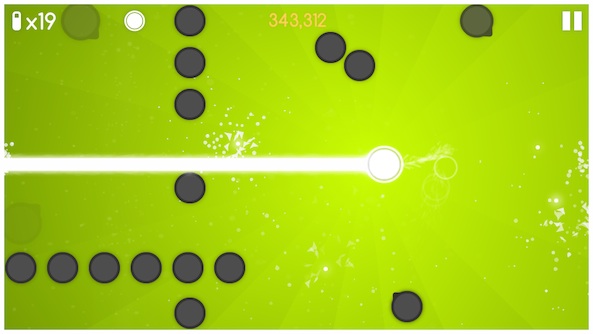 Normally, I pass on games that require you to tilt your device in order to play the game. There are a few exceptions where a game is so good that I put aside my dislike of tilt controls.

Quadblast is one of those tilting games that stand out from the rest because of the action-packed arcade style that pushes the limits of your reaction skills while offering hours of entertainment. Looking silly in public is totally worth it…

The game features a big glowing orb that you control by tilting your iPhone. It uses the device’s internal gyroscope to allow you to move the orb in any direction. However, moving is only half of it. 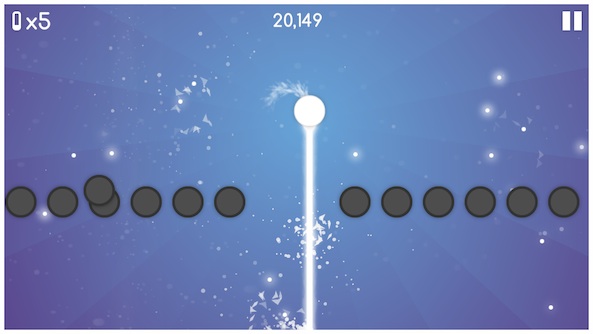 The goal of the game is to blast the smithereens out of every other orb that appears on the screen using a giant laser beam that shoots in four different directions. To move the beam, swipe your thumb on the screen in the direction you wish it to go.

For example, swipe the screen to the left to make the beam blast everything in its path on the left side of the screen. Then, swipe upward to wipe out everything above you.

You don’t need to keep your finger on the screen in order to use the laser. Swiping changes direction, but the laser stays active the entire time. Since the beam only faces either North, South, East, or West, you don’t get the circular attack you might expect. Instead, the beam will blast everything on the side of the screen opposite your orb until you switch directions. 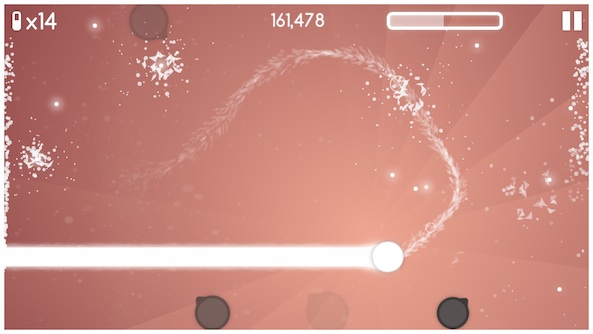 Because the weapon doesn’t move circularly, you must pay close attention to incoming enemies. If they sneak up behind you, they may find your vulnerable spot and you won’t be able to switch directions fast enough to stop them.

Orbs invade the screen faster and in larger numbers as the game continues, making it harder and harder to survive the endless shooter action.

When you destroy an enemy orb, it leaves behind a glowing dot. Collect the dots to increase your multiplier. When the multiplier meter on the left side of the screen fills, your points will increase. The more dots you collect, the higher your multiplier. It does not start over unless you die. Dots can also be used to purchase bonus items in the game’s store. Power ups include shields, increased speed, bigger lasers, and more.

Quadblast is available on the iPhone, iPad, and iPod touch for free. Download it in the App Store today.

Does Quadblast look fun to you? Let us know in the comments below.