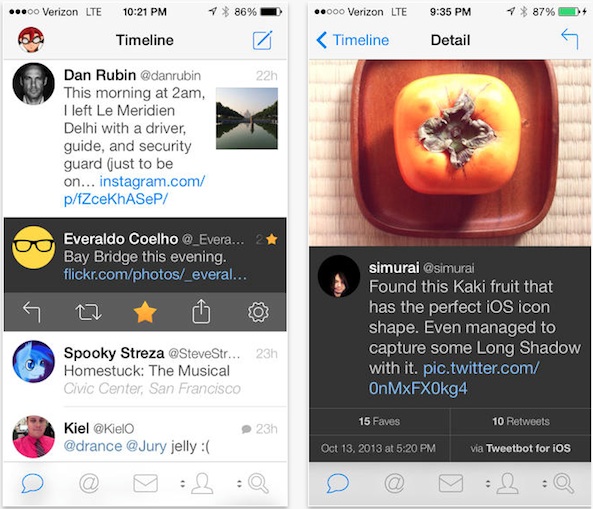 The Tapbots have updated their popular Tweetbot 3 app for iPhone this morning. The update brings the Twitter client to version 3.4, and brings about a handful of new features, including support for multiple image viewing/posting, and more.

Users can now view and post multiple images from within Tweetbot 3, although Tapbots cautions that multiple images won’t show up in search or streaming timelines until Twitter enables support. We have the full change log after the break…

Unfortunately, today’s update doesn’t bring about iPad support, and there’s still no word on when the standalone Tweetbot iPad app will be updated with the new design. Tweetbot 3 originally launched for the iPhone back in October of last year.

Tweetbot has long been my go-to Twitter client, and I highly recommend version 3 for iPhone—though, folks watching the World Cup right now may want to checkout the native Twitter client. You can find Tweetbot 3 in the App Store for $4.99.