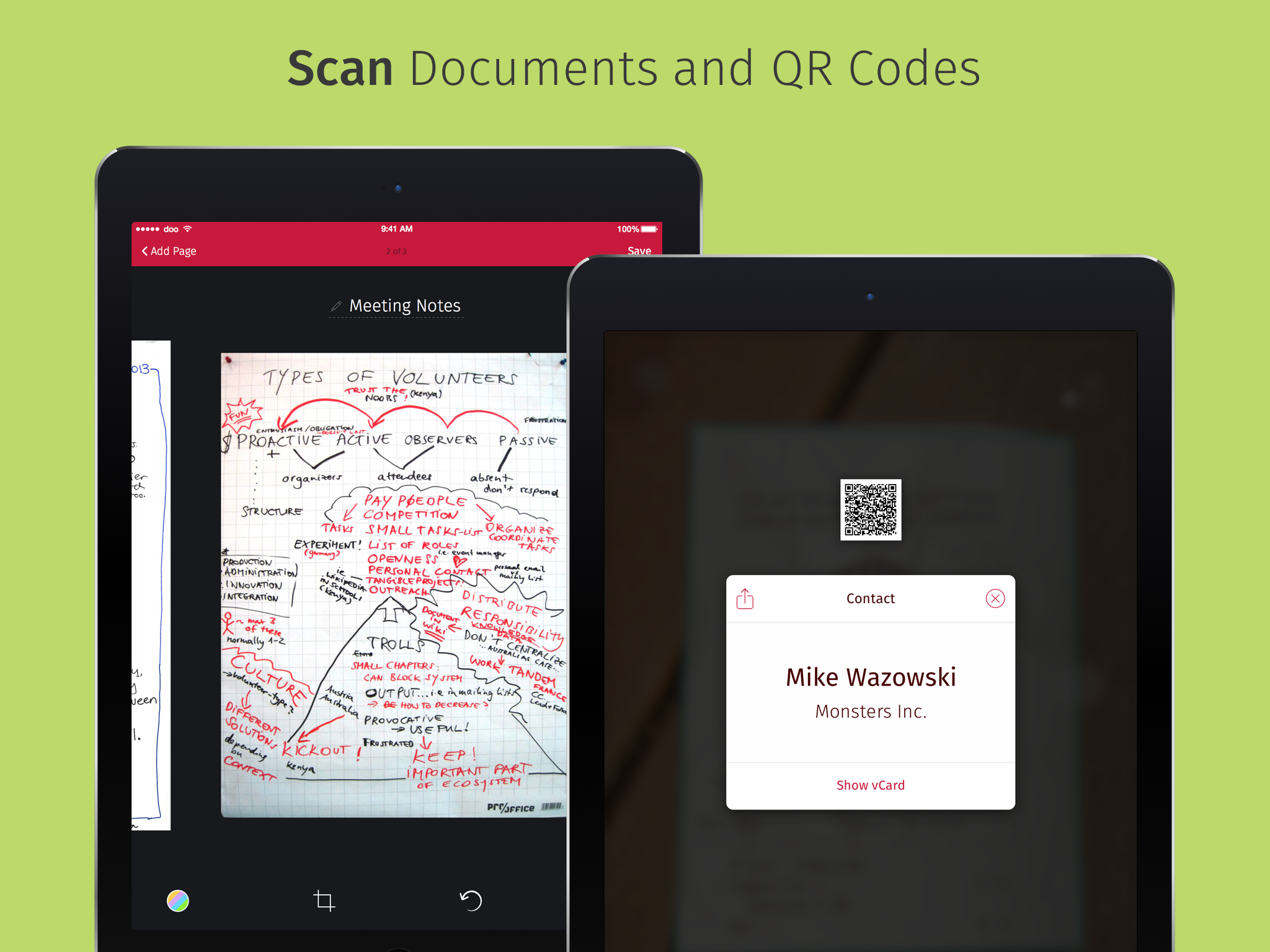 Scanbot is an awesome PDF scanning utility that allows you to create high-quality PDF or JPEG scans with 200 dpi and higher. You can then upload the images to a number of cloud storage services, share them online and what not.

It’s an indispensable productivity tool for paperless office aficionados and good for just about anyone who needs to scan those receipts, contracts, print outs and other document types. Plus, it’s now available on the iPad.

The new Scanbot 2.0, available as a free update for those who’ve purchased it, is now a universal binary whose UI has been specifically tailored for both the tiny iPhone screen and the iPad’s larger canvas.

Filed as Germany-based Doo GmbH’s biggest release yet, the refreshed software also brings out a smart QR code scanner (more on that later), an improved grayscale filter and a host of other improvements and bug fixes…

Scanbot’s iPad UI required a lot of code re-writing as the software was originally conceived and released as an iPhone/iPod touch only affair.

Rather than simply enlarge and re-arrange the on-screen buttons, sliders and menus, the team went about creating a highly customized iPad experience that really feels tailored to the device. 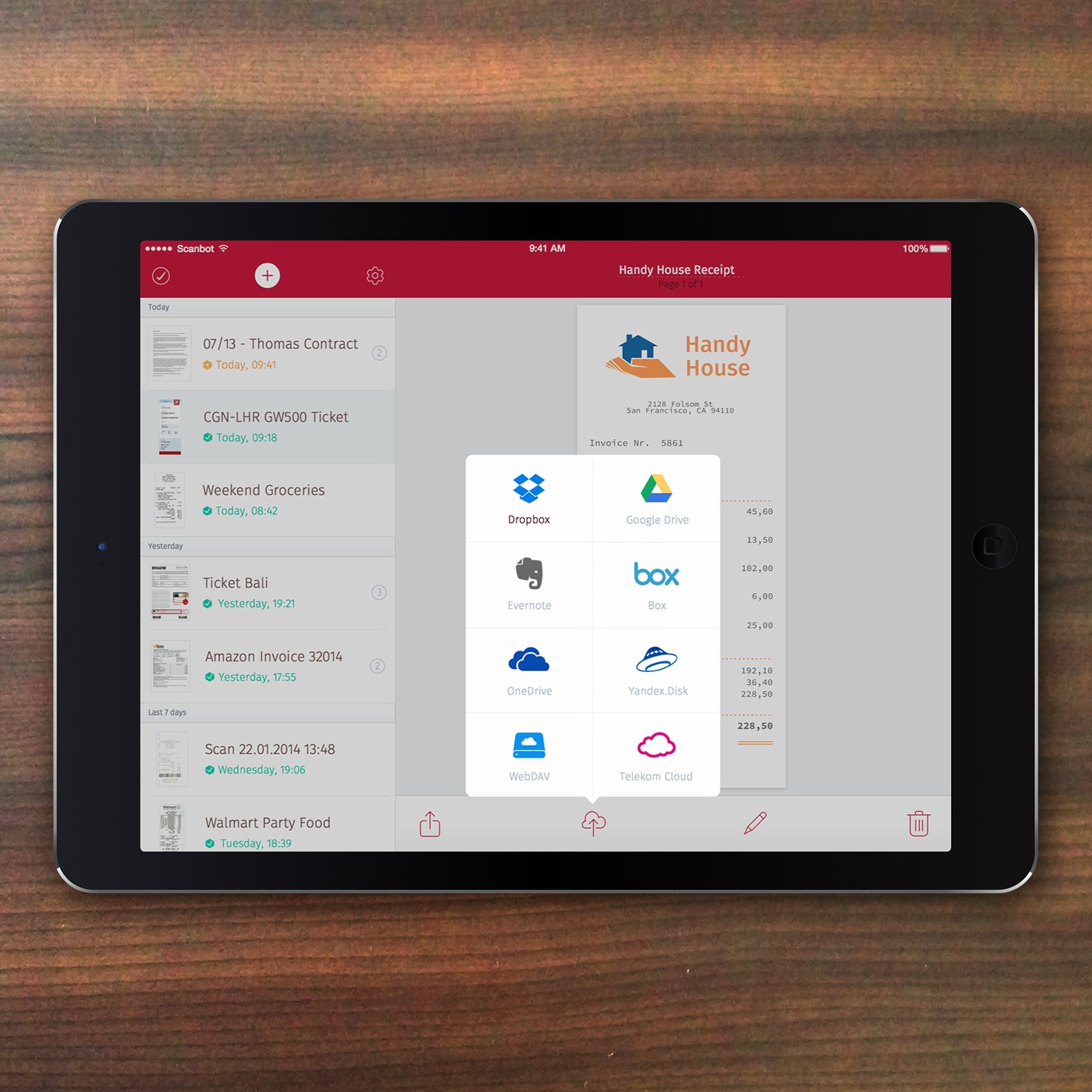 As a quick reminder, Scanbot allows you to upload your scanned documents to Dropbox, Evernote, Box and other cloud storage services or share them via email, on social networks and more. 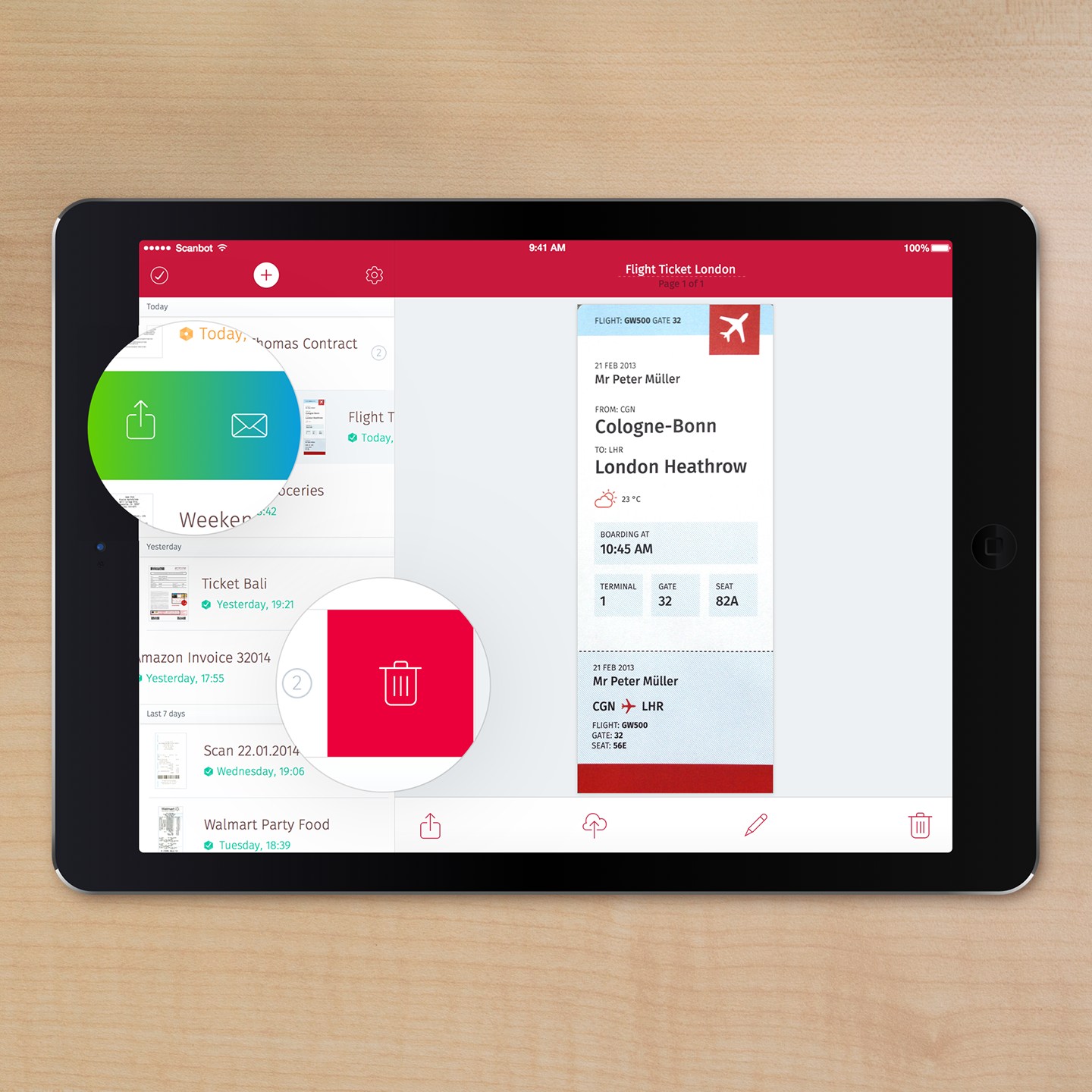 Another major new feature: smart QR code scanning. Courtesy of the team’s unique QR Code engine, it can tell whether you are scanning a document on a QR code. For what it’s worth, the team claims that Scanbot is the first document scanner with QR code integration. 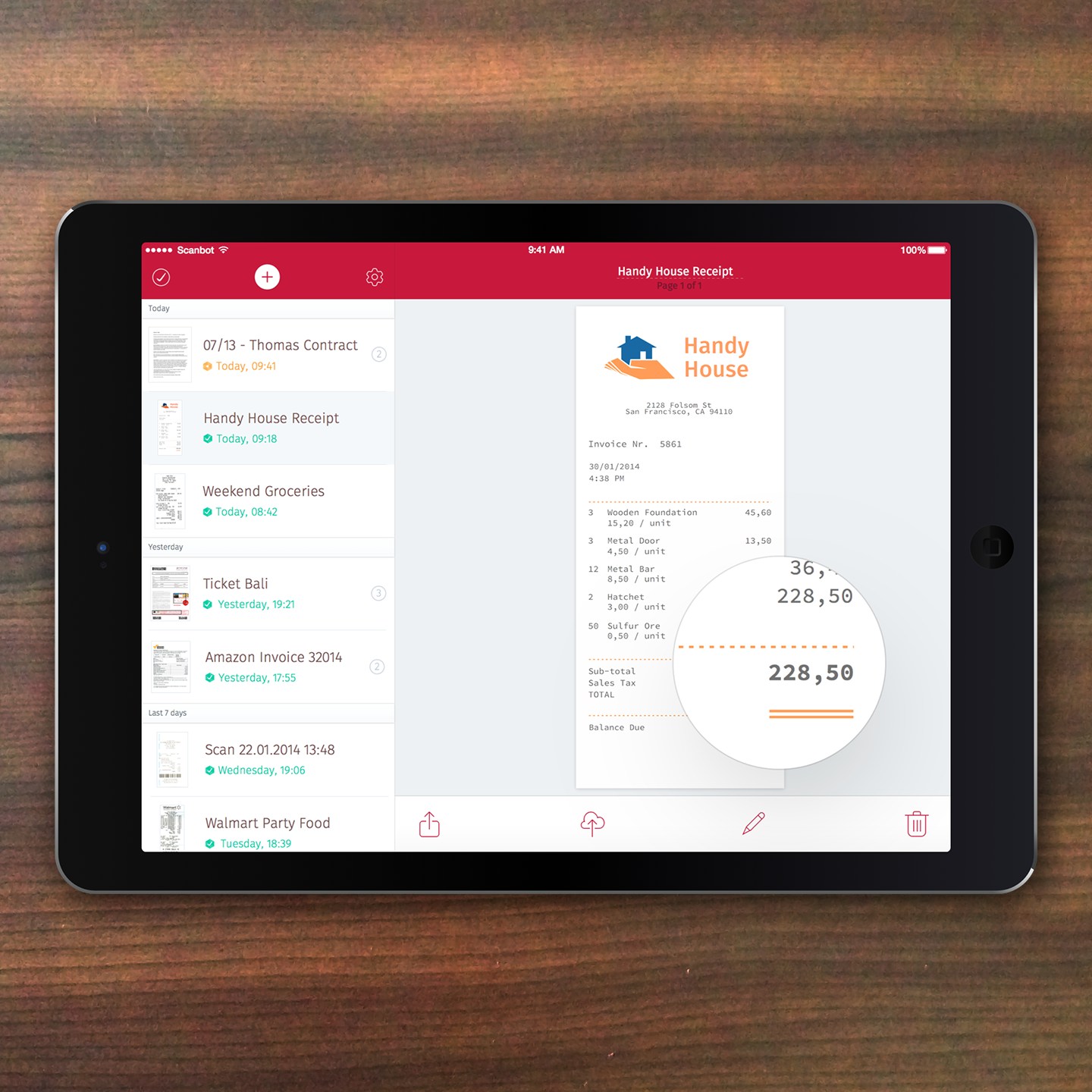 The beauty of Scanbot’s QR code scanning is its ability to analyze the codes to present you with the full set of underlying information, not just the contained text.

For example, a QR code could reveal stuff like contact information, a location, an event and so forth, so its not a half-baked implementation. 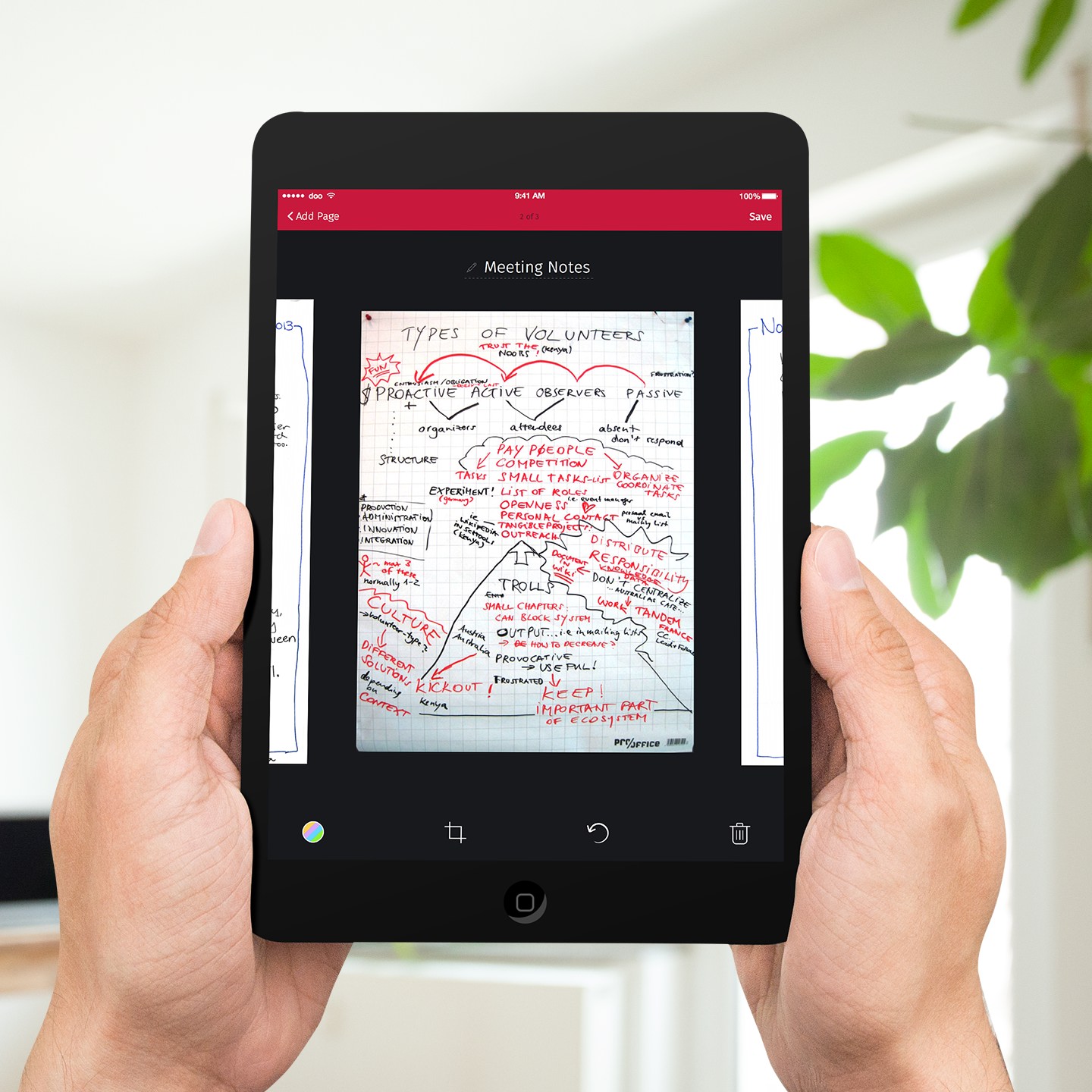 And for each piece of embedded information, Scanbot offers an appropriately tailored experience. For example, location data yields a preview of the map, with options to guide you to this location. And if a Twitter handle is detected, Scanbot shows the latest tweets and offers to follow this handle. 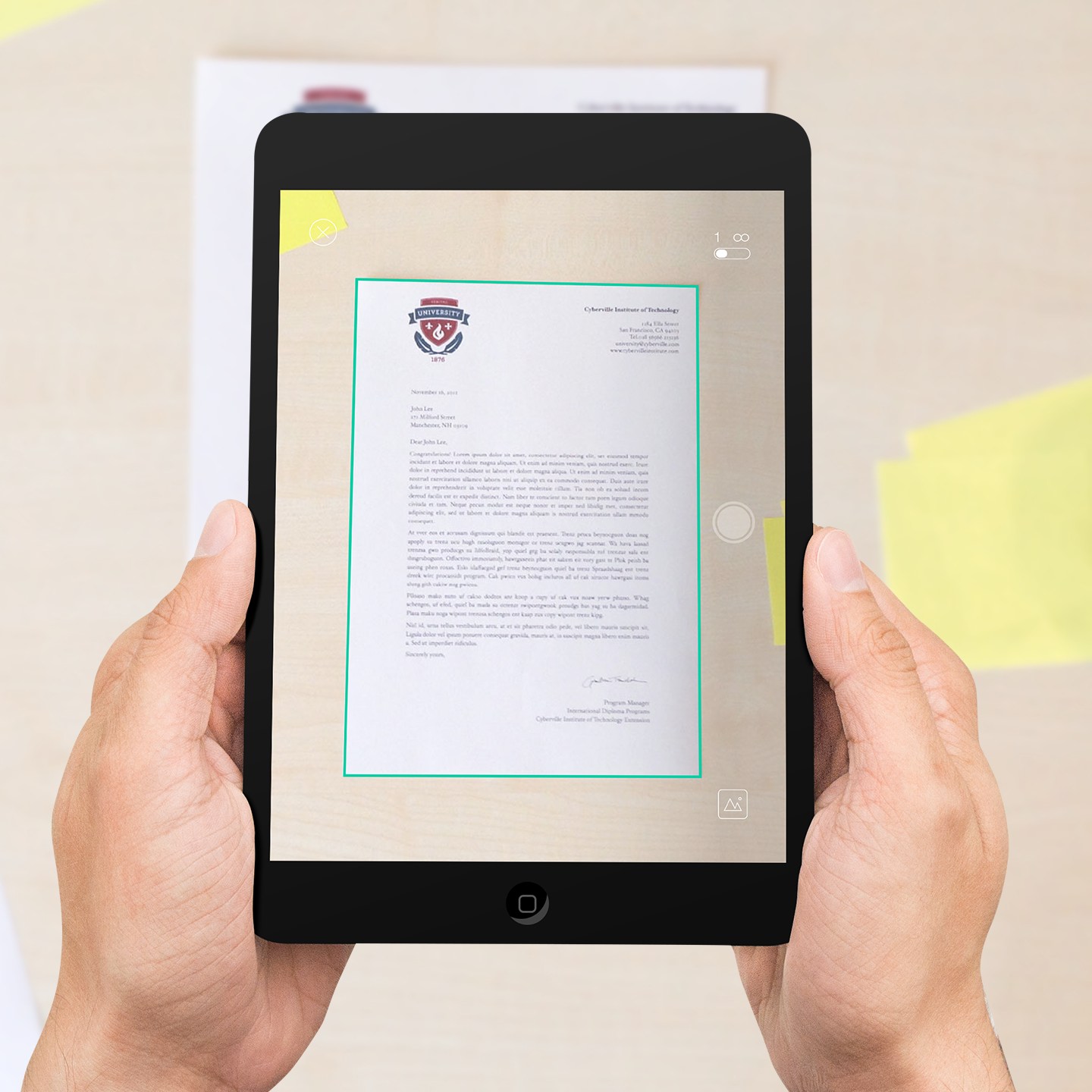 As for optical character recognition (OCR), which developers say is the most requested feature, it will be ready for prime time very soon.

“We’re still working on the finishing to ensure it meets our premium Scanbot quality standard,” developers told me via email.

Last month, the app was updated with the ability to select a custom folder for automatic and manual upload, rename documents after PDF creation, optimize the scans and more.

Scanbot has passed 500,000 users in less than eight weeks since its inception and was featured by both Apple and Evernote last week.

Here’s Scanbot for iPhone in action.

If you own the app already, you can update to version 2.0 free of charge.