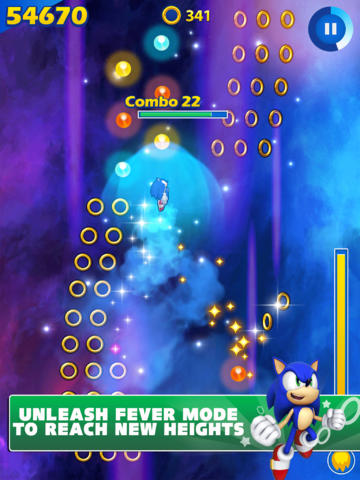 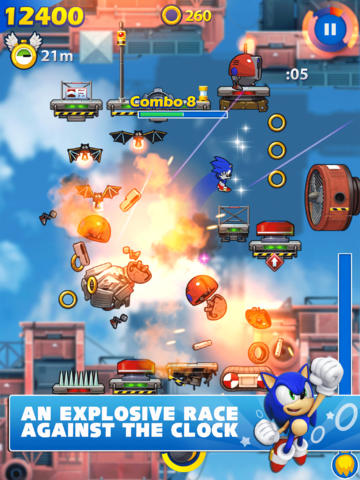 If you enjoyed Sega’s Sonic Jump on your iPhone and iPad, you’ll want to put the official sequel called Sonic Jump Fever on your wish list. Arriving a year and a half after the original Sonic Jump remake (Sega’s first iOS exclusive), the follow-up is due for release this summer.

The fast-paced, leaderboard-focused vertical jumping platformer will have you compete against friends for high scores, with a little help from boosters like Fever Mode (hence the name) that pushes your character into hyper-speed for some “earth-shattering scores”…

As the game is all about topping each other’s scores, you must focus on boosters, upgrades and unique character abilities to pull off huge combos to maximize your score.

The game has been developed by Hardlight, the same studio that brought you the endless runner Sonic Dash and the original Sonic Jump. 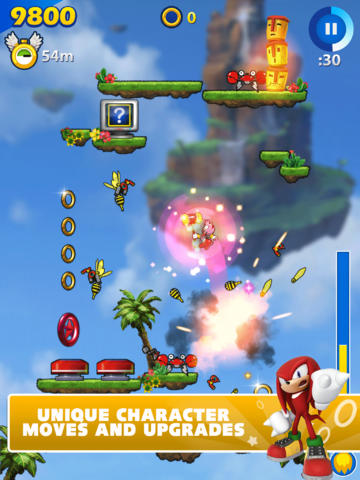 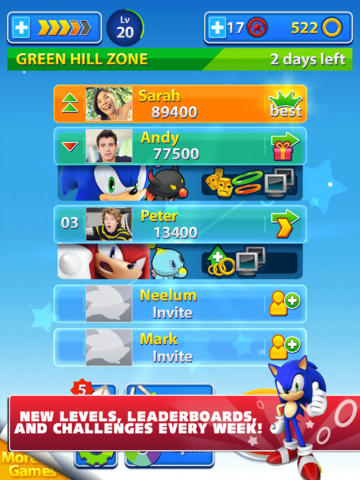 Sega plans to reset global leaders boards twice per week to add a dash of variety and prevent same people from dominating charts. Each time you start a new level, the game will put up leaderboards with friends’ scores to check how you stack up against other players.

Sega promises that you’ll be playing as Sonic, Knuckles and a host of classic characters. “Earn points quickly and unleash Fever Mode which puts the player into hyper-speed for Earth-shattering scores,” reads the blurb.

Sonic Jump Fever has already soft-launched in Australia, Canada and New Zealand and will be hitting international App Stores later this summer as a free-to-play download.

An iPhone, iPod touch or iPad compatible with iOS 7.0 or later is required.

In the meantime, check out Sonic Jump, a $2.99 universal iPhone/iPad download.