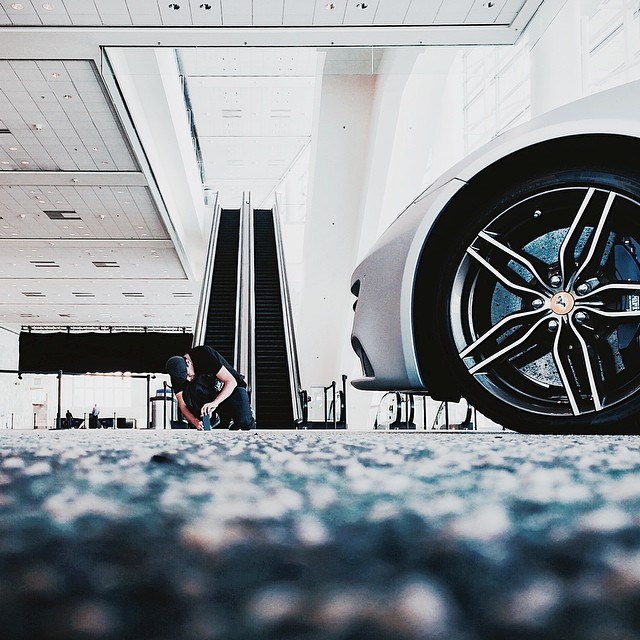 Ferrari is one of the three CarPlay launch partners (along with Volvo and Mercedes-Benz) so we’re not shocked that a Ferrari sports vehicle has been spotted inside the Moscone West building and right in front of the keynote line.

With CarPlay in iOS 8 allegedly gaining support for wireless connections between the vehicle and your iOS device – and who knows what else – this could signal Apple’s desire to take CarPlay mainstream and perhaps announce during the keynote additional CarPlay features/partners, expanded CarPlay availability, in-dash aftermarket solutions and what not…

The image top of post Andre Souza shared on Instagram depicts a Ferrari inside San Francisco’s Moscone Center, where Apple’s keynote address is about to begin in less than two hours.

Here’s another look at it, via Harrison Weinerman on Twitter. 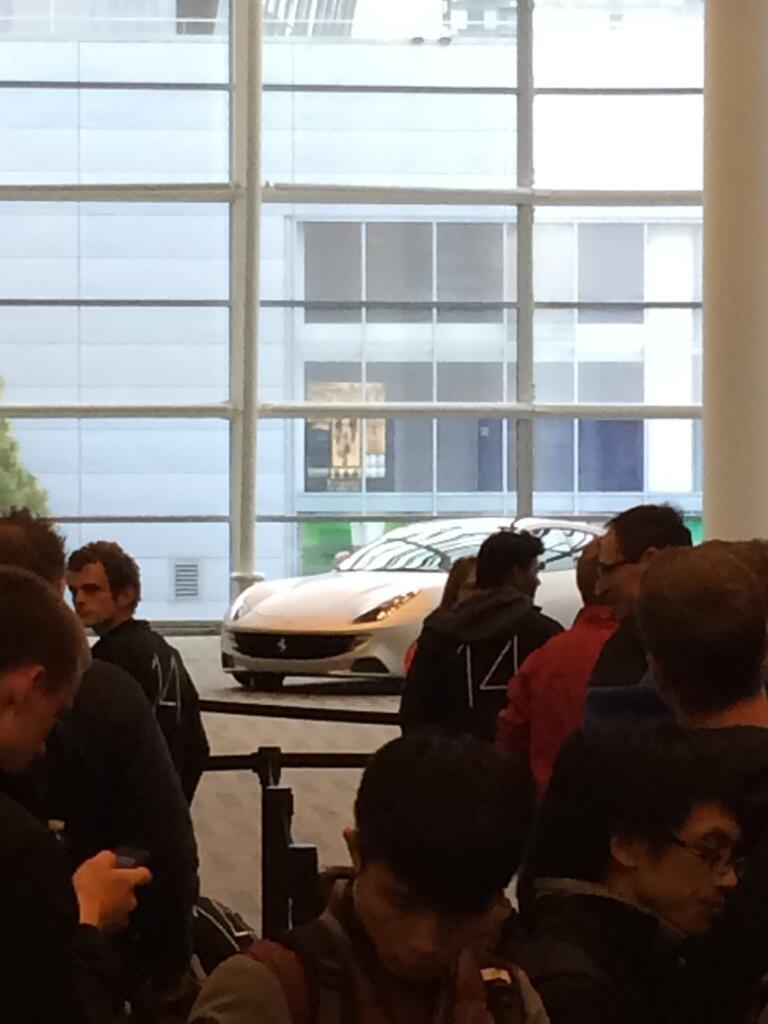 Clearly Apple wouldn’t park a Ferrari at the front of the keynote line unless there were CarPlay-related announcements in the cards.

Following months of development, Apple in March launched CarPlay as a smarter and safer way to use the iPhone in your car.

Here’s the image showing the “other cars” I mentioned in the headline, via John Meyer. 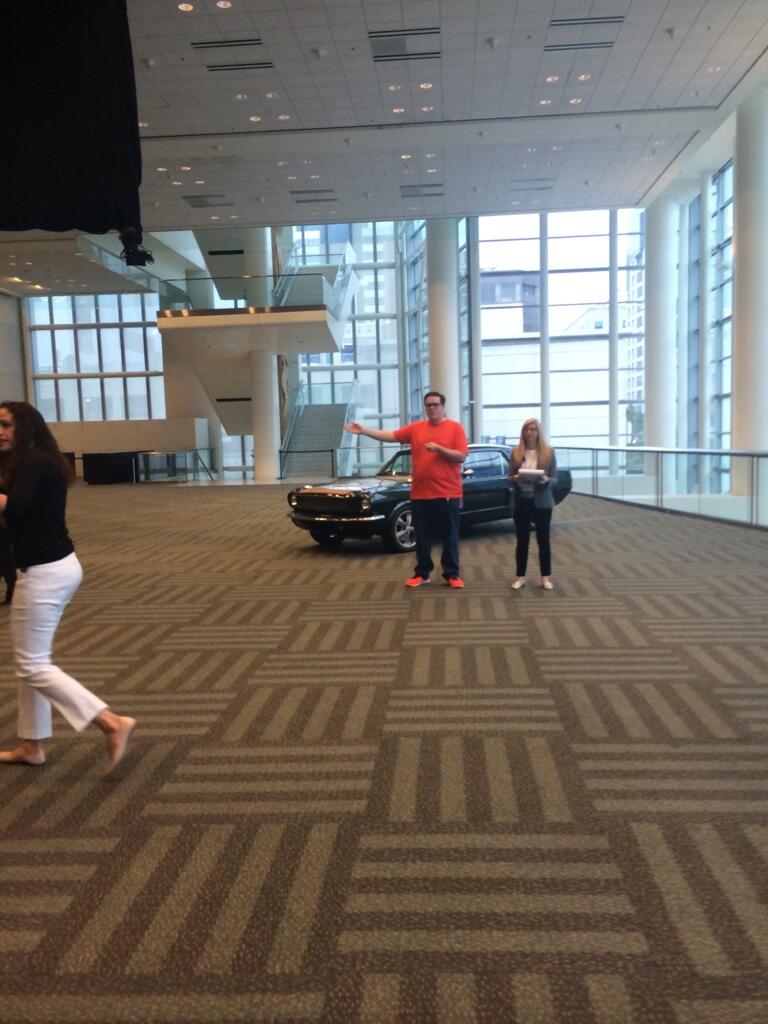 If I had to guess, I’d say we’re in for some more CarPlay news in the form of additional lineup of vehicles/car vendors supporting Apple’s automotive platform.

From my hotel window looking right into Moscone second floor I see 2 cars parked Is Apple about to unveil iCar? #wwdc pic.twitter.com/1DYntUl5yu

On a related note, Apple’s services chief Eddy Cue joined Ferrari’s board of directors in November 2012.

We’ll be providing continuous live coverage of the event, along with analysis, summaries and relevant tidbits throughout the day.